With possibility of further extension of the coronavirus-induced lockdown, several auto and taxi drivers are going to their native places in their vehicles. 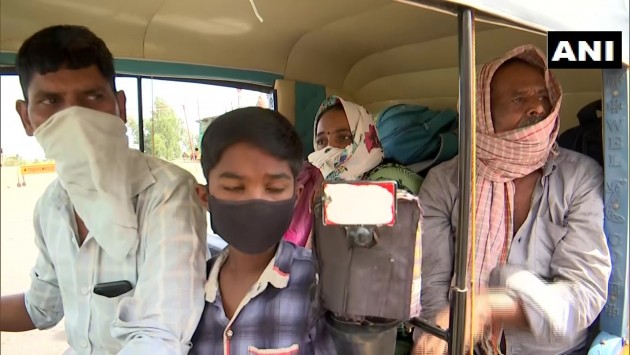 Hit hard by the lockdown and desperate to return home, thousands of migrant workers are
moving out of the COVID-19 hotbed of Mumbai in droves for their native places several miles away, many of them in taxis and autorickshaws, leaving behind tales of despair.

Union sources in Mumbai pegged the number of 'kaali peeli' taxis (traditional black and yellow taxis) and autos leaving the metropolis at around 1,000 and 5,000, respectively.

With possibility of further extension of the coronavirus-induced lockdown, several auto and taxi drivers are going to their native places in their vehicles.

'Everything Was Over In Seconds': Survivor Of Aurangabad Train Tragedy Recalls Horrible Night

The National Highway Number 3, also called Mumbai-Agra Road that touches Indore in Madhya Pradesh through a bypass road, is seeing a steady stream of autorickshaws from the country's commercial capital as people move back to their native towns and villages amid the lockdown that has rendered them without any means of livelihood.

Photo Essay:  Ahead Is Home, Behind Is Hunger
Officials and eye-witnesses put the number of these three-wheelers from Mumbai crossing the Indore Bypass Road at 50 every hour. 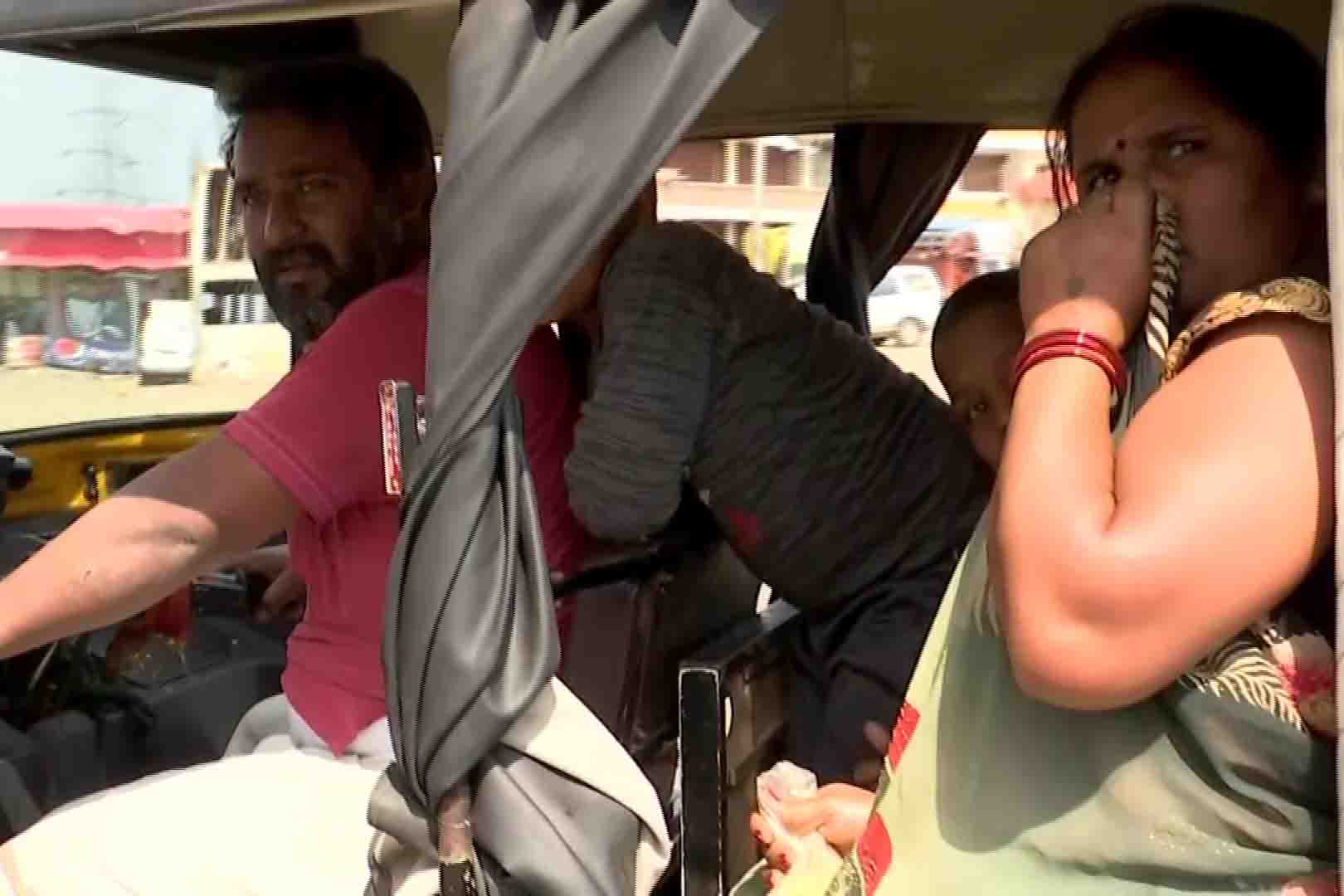 Among them is Baleshwar Yadav (54), who is going to his native village in Jharkhand's Hazaribagh, with eight people, including two women and three children, cramming into his three-wheeler.

"I have been driving an autorickshaw in Mumbai for the past 12 years. But everything is closed there now. I spent two months digging into my savings but that, too, has run out. I have no choice but to return to my village," he told PTI on Monday.

Asked about the possibility of returning to Mumbai in the near future, he replied, "Whether it is six months or a year, I have to return because I still have to pay installments on the bank loan with which I bought this vehicle. Till the situation normalises in Mumbai, I will engage myself in agriculture and cattle rearing."

Ajay Yadav (36), hailing from Jaunpur district in Uttar Pradesh, said he had been driving an autorickshaw in Mumbai's Goregaon area for the last four years, and had left for his native village two days ago with a couple of friends.

"There was no food in Mumbai due to lack of work. We will think of returning to the city later," he said.

"Around 50 autorickshaws are passing through this road every hour. Most of them are from Mumbai," claimed Rajkumar Patel, a volunteer at a dining stall set up by a social organisation on the Indore bypass road.

Indore Deputy Superintendent of Police (Traffic) Umakant Chaudhary said autorickshaws were being allowed to pass only after those inside are subjected to medical screening when they enter the border of Madhya Pradesh.

"We have been seeing a sizeable number of autorickshaws from Mumbai on the Indore Bypass Road over the last one week. We have also received information that some drivers are charging people to transport them to their native places in other states," the DySP said.

Chaudhary said CNG-fitted autorickshaws were seen in long queues at fuel pumps on the Indore Bypass road since the number of pumps selling CNG on this route is less.

"On this route, CNG pumps open between 6 am and 10 pm. In view of the problems faced by autorickshaws, locals are demanding these pumps be kept open 24 hours," Chaudhary added.

A cyclist on the Mumbai-Agra highway said he saw migrants travelling in trucks, auto rickshaws and bikes on way to their native places in central and north India.

A L Quadros of the Mumbai Taximens Union said over 1,000 black and yellow taxis and 5,000 auto rickshaws from the Mumbai Metropolitan Region have left the region.

There are around 45,000 black and yellow cabs and around 5 lakh autorickshaws in the Mumbai Metropolitan Region, he said.

"Due to the lockdown for almost two months, the cabbies and auto drivers are left with no money and hence instead of dying without food here, they are preferring to go to their native place," said Quadros.

According to union leaders, the cabbies and autorickshaw drivers are leaving Mumbai in groups of 20 to 50 or more and are headed to UP, Bihar, Madhya Pradesh and Jharkhand, while some cabbies are also going to Karnataka.

"After another extension of the lockdown and the easing of restrictions on migrants, the auto drivers started to travel back to their native places in their auto rickshaws in groups since last week," said K K Tiwari, leader of the Swabhiman Taxi-Rickshaw Union.

Shashank Rao, leader of Mumbai Auto Rickshawmens Union, said as bus and truck drivers were asking for exorbitant fare, drivers are preferring to take their own vehicles to travel back home as these are anyway going to remain parked in Mumbai if they travel by any other mode of
transport.

"Packing their luggage, a few drivers are travelling with families, while many drivers, who have their families at their native place, are going with other drivers and friends," said Rao.

According to union leaders, taxi and auto drivers are going to native places sans any e-pass issued by the police, as they consider it a time and money consuming task.

RTO officials said auto and taxi permit holders are allowed to travel to native places by getting online temporary permits, which are valid for a few months.

Sujit Singh, an auto driver from Mumbai's Vakola area, said he left for Uttar Pradesh in a group of about 50 autorickshaws from their area on Saturday and on Monday morning reached Madhya Pradesh, travelling via Nashik.

"There is no sign of lifting of lockdown and the condition due to coronavirus is worsening further. Hence I decided to return to my native place," said Singh.

Maharashtra Home Minister Anil Deshmukh has said the state government has decided not to be harsh with migrant workers and is letting them go on humanitarian ground despite it involving violation of lockdown norms.