Prime Minister Narendra Modi hailed Chief Minister Devendra Fadnavis and said that Maharashtra has been witnessing development under his leadership. 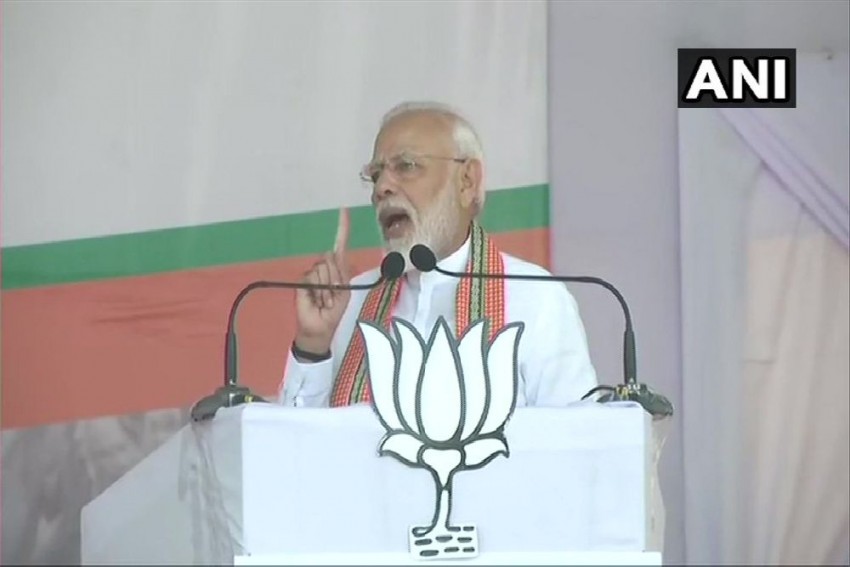 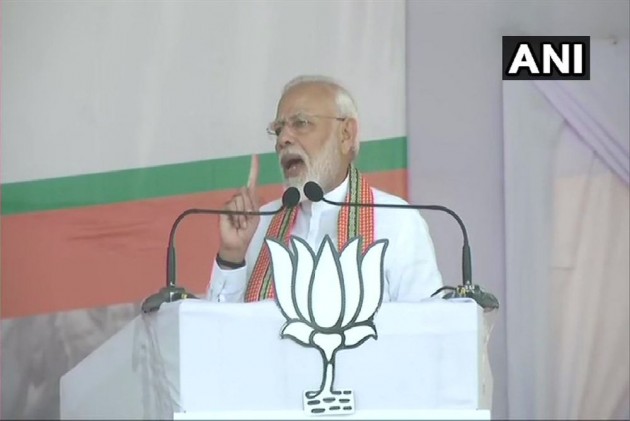 Prime Minister Narendra Modi on Wednesday launched a scathing attack on what he called "political opportunists", who are questioning the link between abrogation of Article 370 and Maharashtra elections.

Speaking at a rally in Maharashtra's Akola, Modi said: "For political gains, some are openly saying that Article 370 has nothing to do with Maharashtra Assembly polls. I want to tell such people that Jammu and Kashmir and its people are also sons of Maa Bharti only.

"The thinking of political opportunists pains me from within. How can they ask what Maharashtra has to do with Jammu and Kashmir," he said. "Doob maro, doob maro," Modi lashed out.

He said the nation was proud of the sons of Maharashtra, who have sacrificed their lives for Jammu and Kashmir, adding the entire country stood by the patriotic people of the region to counter the terrorism coming from the other side of the border.

The Prime Minister further hailed Chief Minister Devendra Fadnavis and said that Maharashtra has been witnessing development under his leadership.

Calling for higher voter turn out, Modi said that elections are a festival of democracy and no one should be behind in celebrating this festival.

Labourer From Chhattisgarh Shot Dead By Militants In Kashmir: Police