PM Modi launched a blistering attack on the Opposition, saying those who remained in power for decades are trying to 'mislead' farmers and 'lying' to them on the agriculture bills. 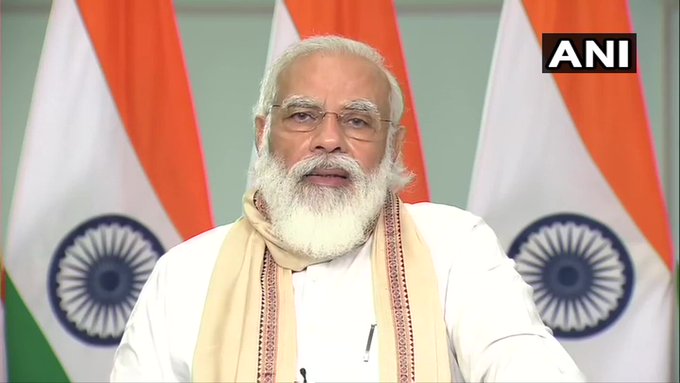 Prime Minister Narendra Modi on Friday stoutly defended farm sector reform bills, asserting that they will act as a "protection shield" for farmers and accused those opposing the measures of standing with middlemen and "deceiving" and "lying" to farmers.

With opposition parties dubbing three bills, passed by Lok Sabha and now to be tabled in Rajya Sabha, as "anti-farmers" and the BJP ally Shiromani Akali Dal quitting his government in protest, Modi refuted their criticism, saying these laws will unshackle farmers by allowing them to sell their produce anywhere by negotiating a better price.

"Farmers have been given new independence in agriculture. They'll now have more options and opportunities to sell their produce. I congratulate them on passage of Bills. It was necessary to bring these to protect them from middlemen. These are farmers' shields, said PM Modi.

He asserted that the government purchase of farm produce will remain, adding that the mechanism of minimum support price will continue in the same way it always has.

At a virtual event to launch several rail projects in Bihar, Modi said his government is committed to providing farmers appropriate price through the MSP, and asserted that no government has done as much for the farming community as the BJP-led National Democratic Alliance in its six years in power since 2014.

Farmers of the country are aware and can see who are standing with middlemen, who "pocketed"profits meant for them, and opposing new opportunities being provided for them through these measures, he said.

The prime minister said the Congress had also promised in its manifesto what his government has now done through these bills, as he attacked the opposition party for fanning protests against these proposed legislations.

"What government has done was promised in manifestos of those who ruled country for decades," he said on Congress's opposition to the Bills.

Without naming it, he launched a blistering attack on the Congress, saying those who remained in power for decades are trying to "mislead" farmers and "lying" to them on the agriculture bills.

Lok Sabha had passed two bills on Thursday and another bill earlier with the government asserting that they will open new avenues for farmers by unshackling them from existing mechanism and allowing them to enter into agreements with private parties to sell their produce.