The High Court of Justice in Dominica 'restrained' the authorities from 'removing' Choksi till further orders and listed the matter for hearing on Friday. 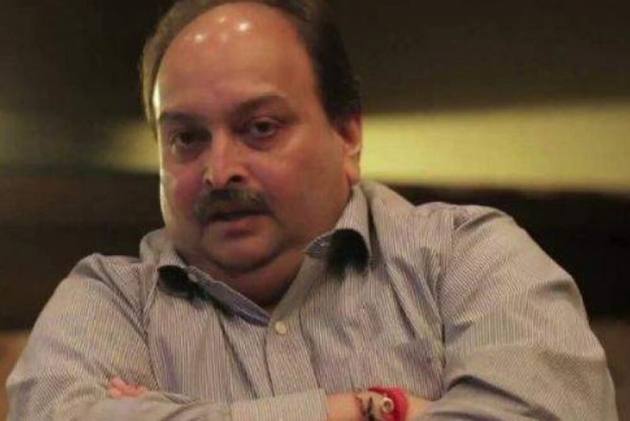 A Dominican court has ruled out the deportation of fugitive diamantaire Mehul Choksi from the Caribbean island country till further orders, local media reported.

The court’s order came on a petition filed by the lawyers of Choksi, who was detained in Dominica for "illegal entry".

The High Court of Justice in Dominica "restrained" the authorities from "removing" Choksi till further orders and listed the matter for hearing on Friday (May 28 at 9 am local time), Antigua News Room reported.

On Thursday, Aggarwal had raised doubts about the way Choksi had gone missing from Antigua and Barbuda only to be detained in Dominica, about 100 nautical miles away, for illegal entry.

Choksi’s lawyer in Dominica, Wayne Marsh, had told a radio show that in a brief interaction with his client, allowed by authorities after a lot of efforts, the diamantaire had claimed that he was picked up at Jolly Harbour in Antigua and Barbuda by men looking like Indian and Antiguan policemen and was put in a vessel.

Marsh had said he saw marks on the body of Choksi who had swollen eyes and feared for his life.  He said Choksi is a citizen of Antigua and Barbuda and not India hence he should be sent back.

"Lawyers for Choksi in Antigua and Barbuda and Dominica have been trying to have a legal interview with him as per his constitutional rights but they were denied access to him. After great effort they were able to speak to Choksi for two minutes during which he narrated a horrifying experience which is an eye-opener and vindicates my stand that he would not have gone from Antigua voluntarily," Aggarwal said.

He said that after being taken from Antigua, Choksi was kept somewhere and then on Monday he was taken to a police station. Since then, he has been there and this news to the world was broken only on Wednesday, and there were marks on his body, Aggarwal said.

"There is something fishy and I guess it was a strategy to take him to another country so that there are chances of sending him back to India. So I don't know what forces are operating. Only the time will tell," he said.

Choksi, who is wanted in a Rs 13,500-crore loan fraud in the Punjab National Bank, was last seen going for dinner in his car in Antigua and Barbuda on Sunday.

His staff had reported him missing after his car was found.

On Thursday (Indian time), the Dominica government confirmed his presence on its soil, saying he has been "detained" for illegal entry.