The agitating junior doctors at the NRS Medical College and Hospital said there will be no work at any medical college and hospital in the state until they are given full protection. 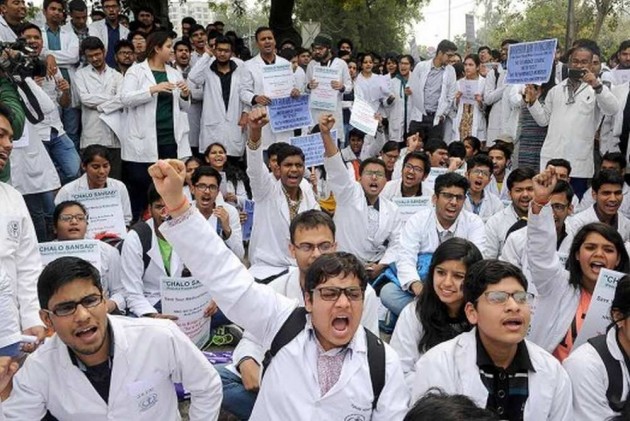 Healthcare services were disrupted in West Bengal after junior doctors stopped working in all state-run medical institutions following the assault on an intern in a city hospital after the death of a patient.

The agitating junior doctors at the NRS Medical College and Hospital said there will be no work at any medical college and hospital in the state until they are given full protection.

"The chief minister has sent MoS Health Chandrima Bhattacharya, Police Commissioner Anuj Sharma, myself and other senior officials to talk to them. We are looking into their demand and hopefully the matter will be solved quickly," Maji said.

The doctors began the protest after an intern at the Nil Ratan Sircar Medical College and Hospital was seriously injured following a clash between junior doctors and relatives of a patient who died late Monday night due to alleged negligence.