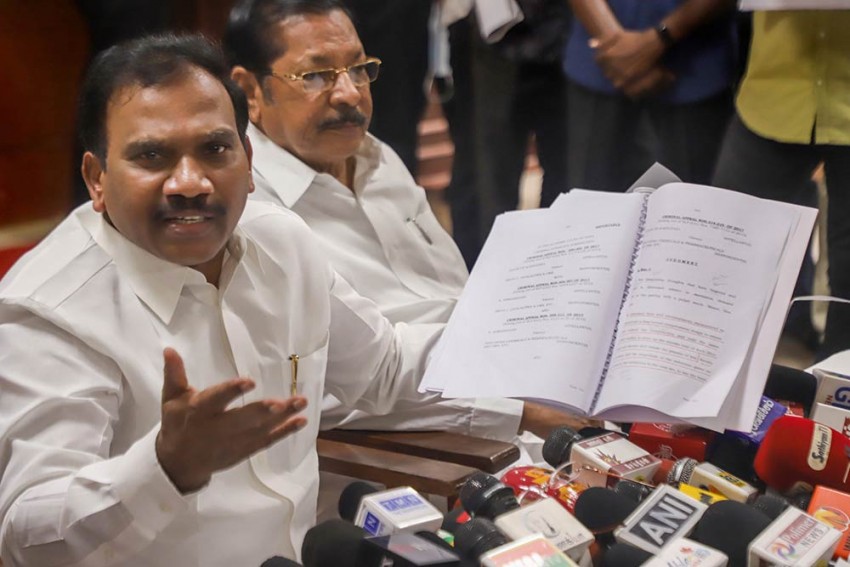 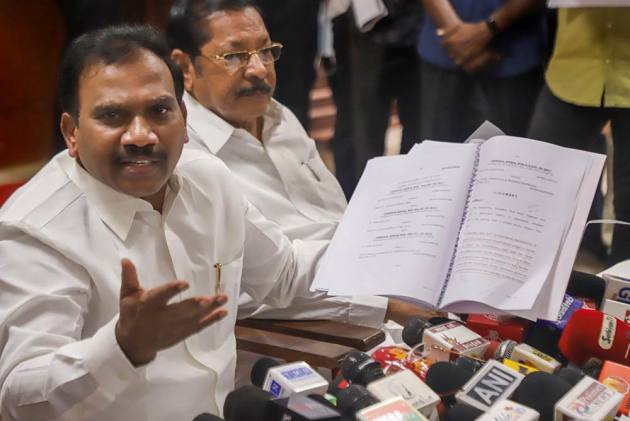 As the campaign for Tamil Nadu Assembly elections enters the home stretch, the DMK, which is leading in most opinion polls, is suddenly faced with an unexpected challenge. The party is being painted anti-women thanks to former Union minister A. Raja’s derogatory comments on Chief Minister Palaniswami’s birth and his mother.

The AIADMK and its allies have leveraged Raja’s words to whip up fear in the minds of women voters asking them: “If this is how they treat a chief minister’s mother imagine the fate of ordinary women if the DMK comes to power.” Right from the chief minister other campaigners of the AIADMK front are now playing that line repeatedly.

“Why should they harp on an issue that is dead after Raja’s apology? It only shows that they are staring at defeat and have no other issue to put the DMK on the defensive. They even got the Prime Minister to plug the same line forgetting how a woman IAS officer was scarred for life by acid attack because she refused to toe Jayalalithaa’s line during her first term,” pointed out DMK advocate Kannadasan. A. Raja, too in his reply to the EC notice, claimed that the controversy has been put to rest with his apology.

But the fact that even Prime Minister Narendra Modi made an issue of not just A. Raja but also  DMK platform speaker Dindigul Leoni’s comments about Tamil women losing their figure after drinking milk from imported Jersey cows proved that the NDA plans to milk this issue to the maximum. Modi even referred to Udhayanidhi’s crass remarks about Palaniswami falling at Sasikala’s feet after being elected Chief Minister in February 2017. “He fell at Sasikala’s feet and lay there like a dead body. Before that he wriggled through tables and chairs to touch her feet. Given a chance he would have gone through her legs as well,” Udhayanidhi had said in his January 2021 speech amidst laughter among the audience.

Udhayanidhi apologised only after he was slapped with a legal notice by Sasikala’s nephew and AMMK leader TTV Dhinakaran, who had accused the DMK scion of resorting to vulgar language just like his grandfather Karunanidhi. DMK campaign managers are worried about the impact of Raja’s speech and are actually hoping that the Election Commission would ban the Lok Sabha MP from campaigning. “We have a solid lead as the latest election survey by Junior Vikatan (a popular Tamil biweekly) has projected. We do not want to lose that advantage by some intemperate remarks which can be twisted to create misgivings in the minds of women voters,” admitted a DMK MLA.

Even Raja’s apology, which came with the rider that he is sorry if the CM has been hurt personally, was extracted by party president M.K. Stalin only after senior leaders felt that it could hurt the party’s electoral prospects. Some of them even compared it with Mani Shankar Aiyar’s infamous offer to Modi to set up a tea stall at the AICC session ahead of the 2014 Lok Sabha elections and how Modi had converted that jibe to his advantage.

BJP candidate from Thousand Lights actress Khushbu has with timely recall pointed out how DMK cadres had thrown chappals and pulled her pallu when she had gone to Tiruchy to attend a wedding. Apparently they were agitated about Khushbu’s comments (she was with the DMK then) that Stalin was yet to prove his leadership qualities to succeed Karunanidhi. “When I had called Stalin for help he said he was having lunch. How can such a person protect the women of Tamil Nadu?” she asked in an election meeting on Tuesday.

The coming days will see if the AIADMK can actually come up with ads in the mass media to paint the DMK as anti-woman when the party has gone out of its way to woo women voters. “Our cadres are playing Raja’s speech on their mobile phones and showing them to women voters in every street. The shocking reaction from the womenfolk shows that our approach is working,” said a member of the AIADMK’s IT wing.

With just a week to go election-day the AIADMK hopes to whip up some kind of hysteria over the issue. The DMK wants to focus the attention of voters only on how close the DMK is to the winning post and not to be diverted by one speech.