Dinesh Trivedi, who recently resigned from Rajya Sabha, lashing out at his party Trinamool Congress (TMC), is taking some time off from the hurly-burly of politics to decide his next move. 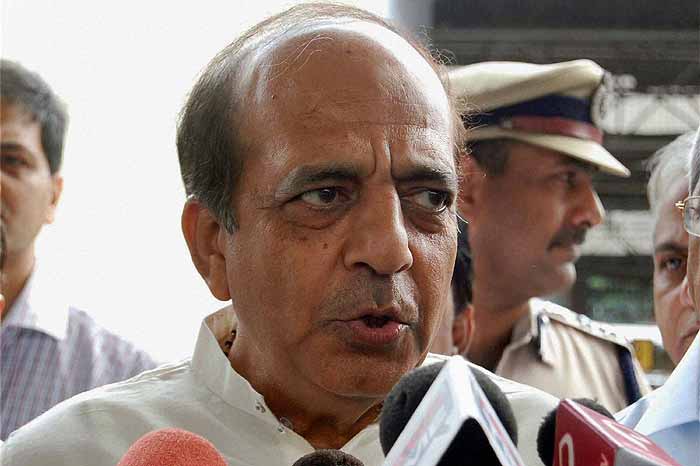 A visitor to Dinesh Trivedi’s house is generally greeted with strains of music wafting into his immaculately manicured garden. It could either be Vedic chants playing on his music system or the liberating Sufi tones of Abida Parveen, depending upon the time of the day. It’s even possible to catch him playing the sitar himself.

An unlikely politician, the 70-year-old, who recently resigned from Rajya Sabha, lashing out at his party Trinamool Congress (TMC), is taking some time off from the hurly-burly of politics to decide his next move. Though he has dropped hints of heading the BJP way, Trivedi is believed to be weighing all his options before he commits to the saffron party on the eve of the crucial elections in West Bengal.

Sources say, options before Trivedi could be joining the BJP and getting an Assembly ticket from Barrackpore -- a constituency he represented in Lok Sabha from 2009 to 2019 -- and try and get a cabinet berth in West Bengal if BJP comes to power. Another option that is being talked about is a Rajya Sabha berth from Gujarat, where election to two seats is scheduled on March 1. Trivedi originally hails from Kutch. While there may be a slim chance of a Rajya Sabha seat for him from Gujarat, a berth from West Bengal is almost ruled out since the BJP cannot afford to single out Trivedi as there are other senior leaders from TMC who have joined the party.

His resignation speech in Rajya Sabha, saying he was feeling “suffocated” in TMC, should not have come as a surprise to the party he helped found in 1998 along with Mamata Banerjee. It is not the first time Trivedi has expressed dissatisfaction and the feeling of being stifled in the party.

He was forced to resign as railway minister by his own party chief Banerjee soon after he presented the railway budget in 2012. Putting railway health before Banerjee’s diktat, he had increased passenger fares after a long gap of 20 years that saw railway finances plummeting. Making a strong case for fare hike, he had said in Parliament: "The way things are in the Railways, I cannot guarantee the safety of passengers. I cannot let people die in accidents. I would not trust my family to travel by Indian Railways.” The statement did not go down well with Banerjee, who as railway minister before him was known to put populism before everything else.

After he was removed as the railway minister, to be replaced by Mukul Roy (who has since joined the BJP), Trivedi had penned a few lines which he had then shared with this reporter. “Wah re naseeb, tuney aisi sazaa di ki mujhe azaadi mil gayi (Oh Fate! Such was your punishment that I got freedom)."

There were speculations he would quit the TMC as he had talked about being stifled even at that time. He had accused Banerjee of believing in “culture of cult” but he hung around and got the Lok Sabha ticket from the party in 2014.

A little known fact about Trivedi – who has friends cutting across the party lines – is that Rahul Gandhi’s mentor Sam Pitroda stays with him whenever he visits Delhi. This makes him close to the Gandhi family too. Pitroda and Rahul Gandhi are believed to have tried to convince Trivedi to join the Congress several times, especially after 2012. However, it is apparent that Trivedi has tilted towards the BJP, the party that has dominated the country’s political narrative since 2014 and likely to do so in the near future.