The Puri Collector said that special arrangements and a queue system will soon be introduced for elderly/senior citizens coming to the temple. 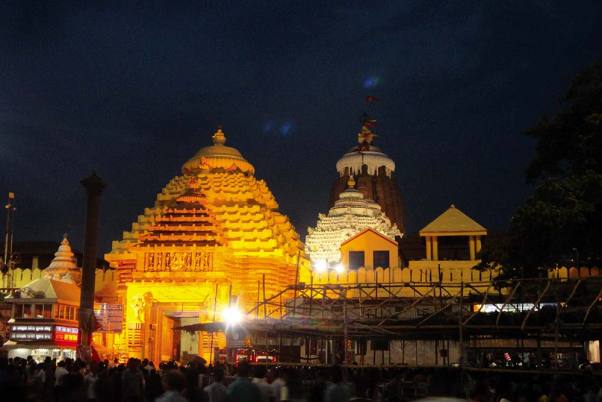 The Shree Jagannath Temple Administration (SJTA) on Sunday announced that devotees are not required to produce their Covid-19 negative report for getting entry into the temple in Puri from January 21.

The decision regarding the same was taken at a meeting attended by SJTA chief Krishan Kumar, Puri district magistrate-cum collector Samarth Verma and Superintendent of Police K B Singh.

"The devotees can enter into the temple without having Covid-19 negative report from January 21. The decision will remain in force till February 21," the SJTA chief told reporters.

Kumar said the SJTA has decided to relax the restriction which was imposed on temple entry for the general public. The temple opened for public from January 3 after remaining closed for nine months in the wake of the pandemic.

The Puri Collector said that special arrangements and a queue system will soon be introduced for elderly/senior citizens coming to the temple.

The temple was opened in a phased manner from December 23, 2020. While the servitors and their family members were allowed to enter the temple from December 23 to December 25 evening, the local residents of Puri got an opportunity to have darshan of the deities between December 26 and 31.

The temple was finally opened to the public for darshan of the sibling deities - Lord Balabhadra, Devi Subhadra and Lord Jagannath - from January 3, 2021, adhering to the Covid-19 guidelines.