Disgruntled BJP MP from northwest Delhi Udit Raj joined the Congress on Wednesday, a day after being denied ticket by the saffron party. 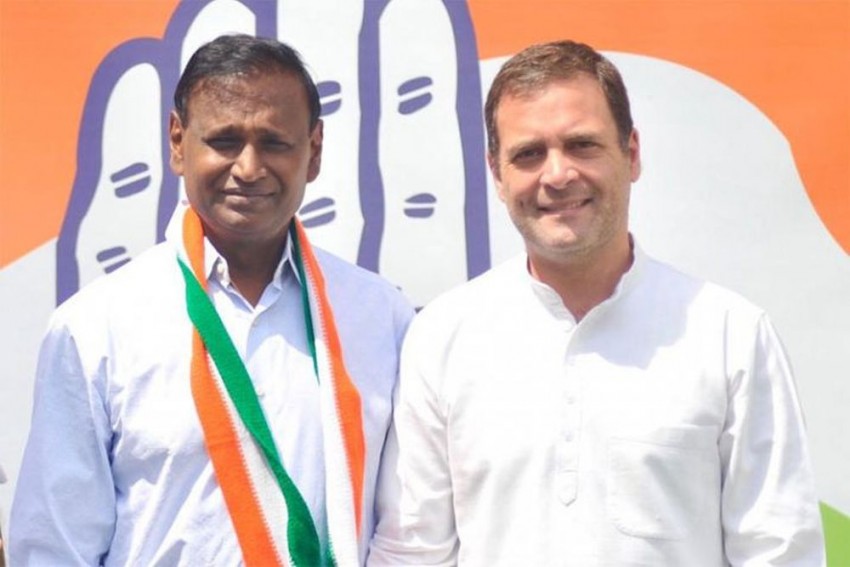 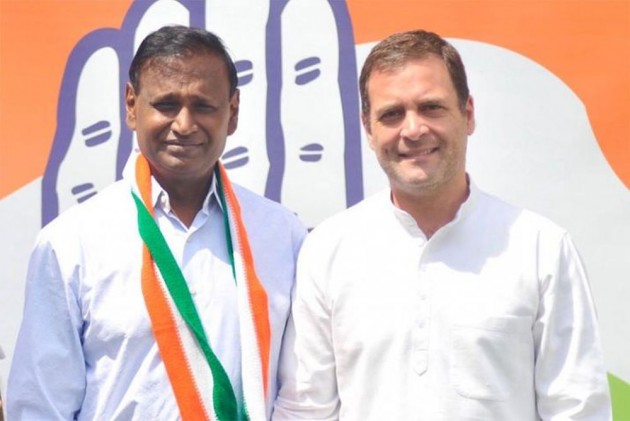 Udit Raj, who was denied a BJP ticket to contest from Northwest Delhi, joined the Congress on Wednesday.

On Tuesday, Raj had said BJP might have decided to drop him for protesting against the apex court's order that nullified the stringent provisions of the Dalit protection law.

Raj, who had earlier said he would contest as an independent candidate if the party did not announce his candidature, said he will decide his future course of action after consulting his supporters.

Earlier, speaking to media, Raj had said: "I will not contest as an independent candidate. They (BJP) are forcing me to leave the party but I have not taken a decision on quitting. I will consult my supporters from across the country."

Talking about the possible reasons why he was denied a ticket, Raj had said, "When there was bandh in 2018 on SC-ST amendment, I protested, that's why the party leadership seemed to be unhappy with me. When there was no government recruitment happening, was I not supposed to raise the issue? I will continue to raise the issues of Dalits."

In 2018, the Supreme Court had issued a slew of guidelines to protect public servants and private employees from arbitrary arrests under the Atrocities Act. The court directed that public servants can only be arrested with the written permission of their appointing authority.

This was seen as dilution of the Scheduled Castes and Scheduled Tribes (Prevention of Atrocities) Act, which led to protests across the country.

The government later brought in an amendment to nullify the apex court's order.

Raj claimed that Delhi Chief Minister Arvind Kejriwal, three to four months ago, had told him that he would not be given a ticket.

"I am the best performer in the BJP's internal survey. Nobody talked to me on denial of ticket. If I have faith in Modi and Shah, they should have told me that I would not be given ticket. I have not resigned yet. Showing faith in Modi, we had merged our party with the BJP. Why am I being punished?" he asked.

On the intervening night of Monday and Tuesday, supporters of Raj and Hans had raised slogans at the Delhi BJP office on Pandit Pant Marg here.

Raj, along with supporters, had reached the office after hearing about Hans being considered by the party for the North West Delhi seat.

The former Indian Revenue Service officer had merged his Indian Justice Party (IJP) with the BJP and contested the Lok Sabha election from northwest Delhi in 2014.

Raj claimed Delhi BJP chief Manoj Tiwari had assured him of a ticket from North West Delhi. He said he is in contact with senior party leaders Nirmala Sitharaman and Arun Jaitley in this regard.

The BJP MP has often held views contrary to the party's stand, especially during the Sabrimala issue and 'Bharat Bandh' called by Dalit organisations last year.

Earlier this month, he was at the centre of controversy after being caught in a sting done on several MPs, including Raj, which purportedly showed lawmakers accepting use of black money for contesting polls.

Tired Of Listening To PM Modi Beating His Own Trumpet On What He Did To Pakistan: Chidambaram