Move comes after tussle between VC and pro-VC. 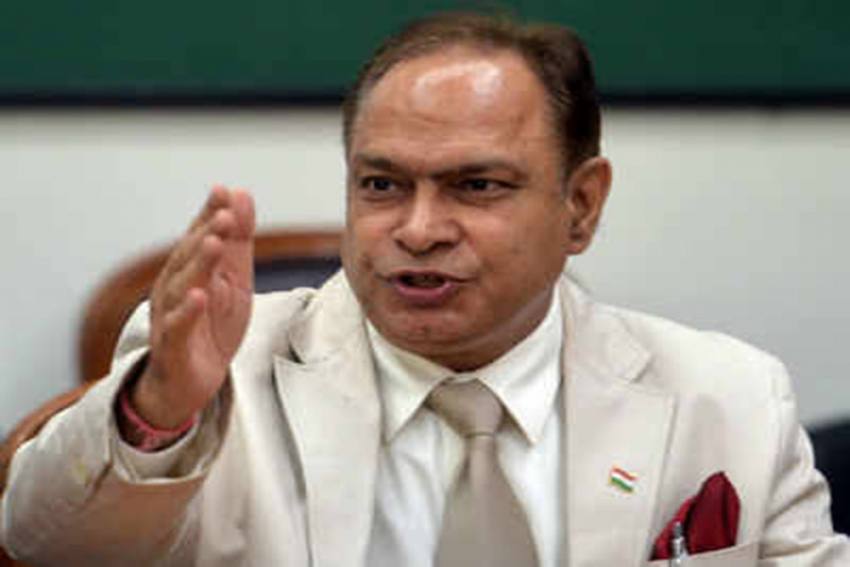 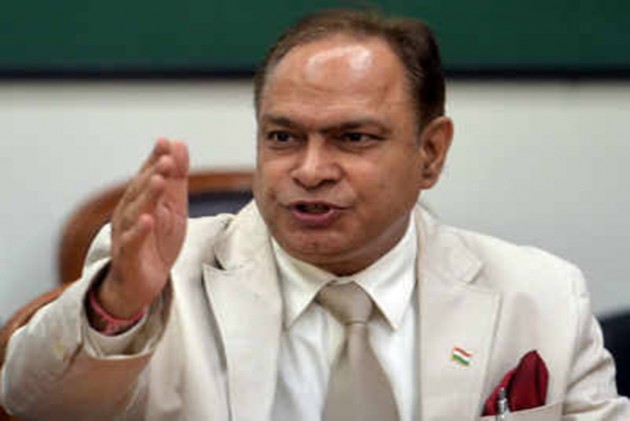 The government on Wednesday placed Delhi University vice-chancellor Yogesh Tyagi under suspension to initiate an inquiry into allegations of dereliction of duty and abuse of power against him after a weeklong tussle over some appointments in the varsity.

President Ram Nath Kovind, who happens to be the Visitor of the university, has ordered Tyagi’s suspension and a probe into the allegations against him following the Union education ministry’s recommendation.

“The President of India in his capacity as Visitor of the university and in exercise of the powers conferred upon him has been pleased to place Yogesh Tyagi, vice-chancellor, Delhi University under suspension with immediate effect until further orders as he may influence/coerce the witnesses and tamper with the material on records of the university,” an order issued by the ministry stated.

Delhi University has been witnessing an unprecedented turf war after its pro vice- chancellor P.C. Joshi decided to go ahead with the executive council’s (EC) meeting to fill up various posts, including that of the varsity registrar and finance officer.

Ahead of the meeting, Tyagi, who has been on leave since he underwent a surgery at the All India Institute of Medical Sciences (AIIMS) in July, appointed a faculty member of his choice --- P.C. Jha --- as acting registrar of the university to replace Suman Kundu who had been appointed by Joshi.

On the other hand, Joshi, while exercising his power has acting vice-chancellor of the university, went ahead with the EC meeting and appointed Vikas Gupta as the varsity registrar, and shot off a letter to Jha directing him to vacate the registrar’s office.

The week-long turf war between Tyagi and Joshi left the varsity with two pro vice-chancellors and two registrars in office with each of them sticking to their stand and refusing to relinquish their positions even as the education ministry intervened and backed Joshi, declaring appointment of Jha and Bhatt by Tyagi as null and void.

The education ministry, in its order for suspension of the vice-chancellors and a probe against him, has termed Tyagi’s decision to appoint a registrar and pro vice-chancellor while remaining on leave as “arbitrary”, saying he has created “an environment of conflict and uncertainty” in the administrative functioning of the university.

The ministry also noted that Tyagi has failed to discharge the duties and responsibilities entrusted to him under the Delhi University Act, underlining that many of the statutory and key posts remained vacant during his tenure despite regulator follow-ups by the ministry.

While the pro vice-chancellor’s post, which was lying vacant since June 2016, was filled up with appointment of Joshi only after “great pursuance” by the ministry, the post of the controller of examination continues to remain vacant for the past six years.

“Dean of colleges is responsible for looking after about 90 constituent/affiliated colleges and institutions. However, this post is being managed by the temporary arrangements,” the ministry noted.

In the list of charges against Tyagi, the ministry also highlighted “an inordinate delay” in the appointment of permanent principals in many colleges, calling it “an issue of grave concern”.

Besides, there has been delay in constitution of governing bodies of the colleges funded by the Delhi government resulting in “unsavoury situations on many occasions”.

Administrative negligence of the vice-chancellor came to the fore in handling the matter of ad hoc teachers which led to massive agitation by the teachers across the colleges causing “inconvenience and loss of teaching and learning days”.

“Despite a clear message from the ministry to fill up the teaching posts in a time-bound manner, the process to fill up vacancies has been delayed. Though time lines were drawn up by the university, only a few posts were filled up on regular basis,” the ministry noted.

Certain vigilance complaints and cases of sexual harassment in the university are also pending for more than two years in violation of the provisions of the relevant Act, the ministry said.

“This shows insensitivity on the part of the vice-chancellor in disposing of such matters,” the ministry added.

Explain why staff have not been paid, HC tells AAP govt, Delhi University