Delhi Riots: 'The Bullet That Hit Me Didn’t Have Any Religion'

Shaukat Ali stepped out of his house to buy some household items. He was hit a bullet on his left thigh and went unconsciousness to find himself later lying on a bed in the Al-Hind hospital in Chand Bagh 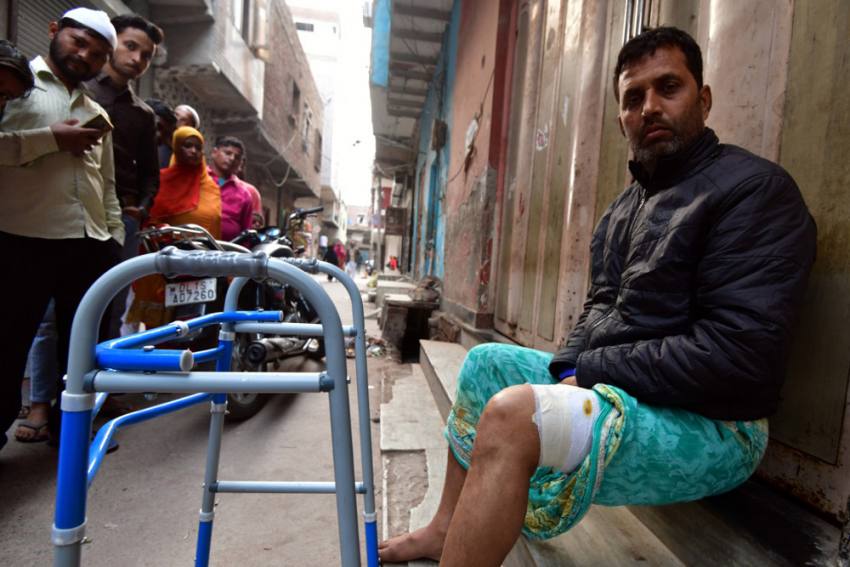 Delhi riots victim Shaukat Ali who was hit by a bullet on his left thigh
Tribhuvan Tiwari/Outlook Photo
Jeevan Prakash Sharma February 29, 2020 00:00 IST Delhi Riots: 'The Bullet That Hit Me Didn’t Have Any Religion' 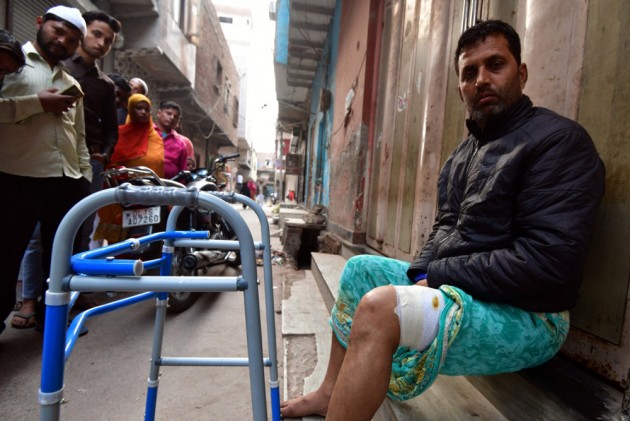 A father of three kids, Shaukat Ali felt unconscious when a bullet from a rifle gun hit on his left thigh. When he gained consciousness, he found himself lying on a bed in the Al-Hind hospital in Chand Bagh, one of the most affected riot-hit areas of North-East Delhi.

The 42-year old Ali is a resident of Babu Nagar, close to Shiv Vihar. He stepped out of his house to buy some household stuff like many other people on February 25 evening.

“I headed towards the market when I heard unruly noise of a violent crow coming from some few hundred metres away from me. I decided to return,” Ali said.

The moment he turned back, he felt something hit his left thigh and went unconscious. He didn’t know who fired the bullet or where did it come from.

“When I opened my eyes, I was in Al-Hind hospital. The doctor told me that a bullet has hit my left thigh but they couldn't treat me,” Ali recollected, adding, “I don’t know the bullet that hit me belongs to which religion.”

The doctor told him to go to some bigger hospital immediately else his life would be in danger. An ambulance was arranged at 12:30 am on February 26. Along with police, he was driven 17 km to Lok Nayak Jai Prakash (LNJP) Hospital at the Delhi Gate.

The doctor who attended Ali at LNJP told him that the injection for local anaesthesia was out of stock so he would have to extract the bullet without that.

“Then he inserted his two fingers into my wound and pulled out the bullet. I almost died in pain. It was a big rifle bullet,” Ali said.

He was released in the morning. Since the atmosphere was not conducive to return home, he took refuge in a shelter home run by an NGO near Kashmiri Gate.

“I stayed there for one night and returned home on February 27. Now I have to go to Al-Hind hospital every day to get my wound cleaned and bandage replaced,” Ali said.

Ali says that he doesn’t know how long it will take to recover. The biggest challenge is that he is the sole earning member of the family which includes his wife, three kids and his parent.

Ali is a casual worker in water-cooler plants which involves a lot of physical work. “Until I fully recover, I can’t go back to start the work,” he said.

He says that though the government has announced some compensation for injured people, he doesn’t know how and when he will get it.

“I have spent about Rs 700 on medicine and now I am worried about my immediate future. Government should give us financial assistance fast so that we can spend on our instant needs,” Ali said.