Dr Anwar says Delhi Police was upset with him because he spoke to Justice Muralidhar whose verdict led to safe passage for injured riot victims from Al Hind hospital to another. 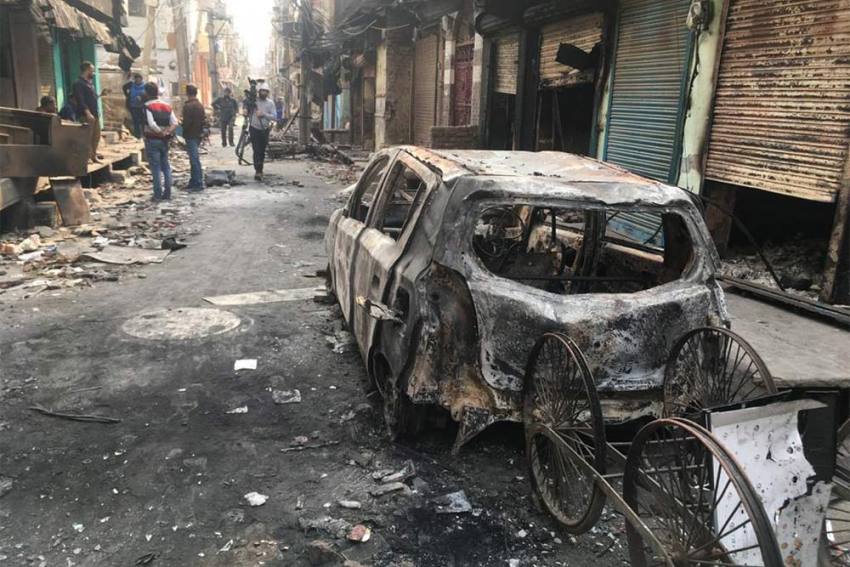 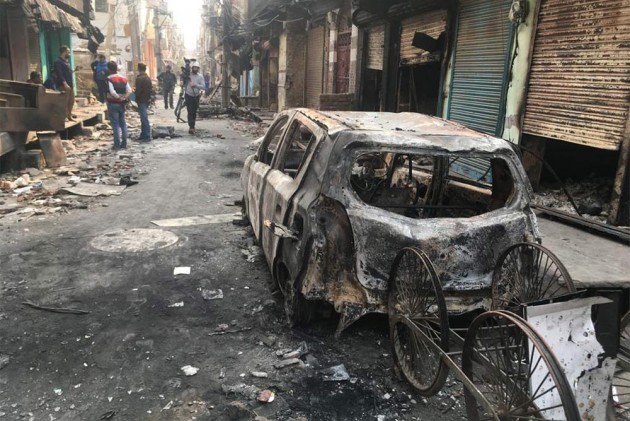 Dr Muhammad Ehtesham Anwar, who treated victims of the Northeast Delhi riots in his Al Hind hospital,  has been named by Delhi Police in a chargesheet for alleged involvement in a murder case during the communal violence that erupted on February 24 and 25.

Dr Anwar had written a letter on May 15, over two months after the riots, to senior officials of the Special Cell and Crime Branch (Delhi Police) and marked a copy to Prime Minister Narendra Modi and Home Minister Amit Shah, among others.

The four-page letter written in Hindi, a copy which is with the Outlook, has levelled serious allegations against the officials of Special Cell and Crime Branch of Delhi Police.

Dr Anwar alleged in his letter that the Delhi Police was upset with him because he spoke to Justice S Muralidhar, the then Delhi HC judge, late in the night on February 25 and apprised him of the ground reality of the riot's impact.

As reported on February 26, Justice Muralidhar held a midnight hearing on February 25 and ordered Delhi Police to make arrangements for ambulances for the safe passage of injured stuck in Dr Anwar’s Al-Hind Hospital.

Also Read | 'How Many More Lives Have To Be Lost?': What High Court Said During Hearing On Delhi Riots

Dr Anwar has been running the Al-Hind Hospital in the Old Mustafabad area for last two years and during the riots, the hospital was flooded with injured persons whom he provided first-aid treatment.

He writes, “Police constables who used to come with the ambulance to collect injured persons, threatened me several times that I shouldn’t have told the truth to the judge. They told me that it was because of me that the issue got highlighted; otherwise, nobody would have come to know anything about this.”

Dr Anwar also alleged that after the riots, he was called several times by the officials of Special Cell and Crime Branch of Delhi Police who threatened him and said, “Since you spoke to the judge, the whole plan got failed. You have to compensate by doing some work which we will tell you when the right time comes.”

“When I asked what that work would be, the officials told me that it would be either a right or a wrong work, but you have to do it, or else we will book you under UAPA which is more dreadful than TADA. You will have to be in jail minimum for twenty years and your clinic and family everything will be ruined,” Anwar alleges in his letter which carries his signature and thumb impression. 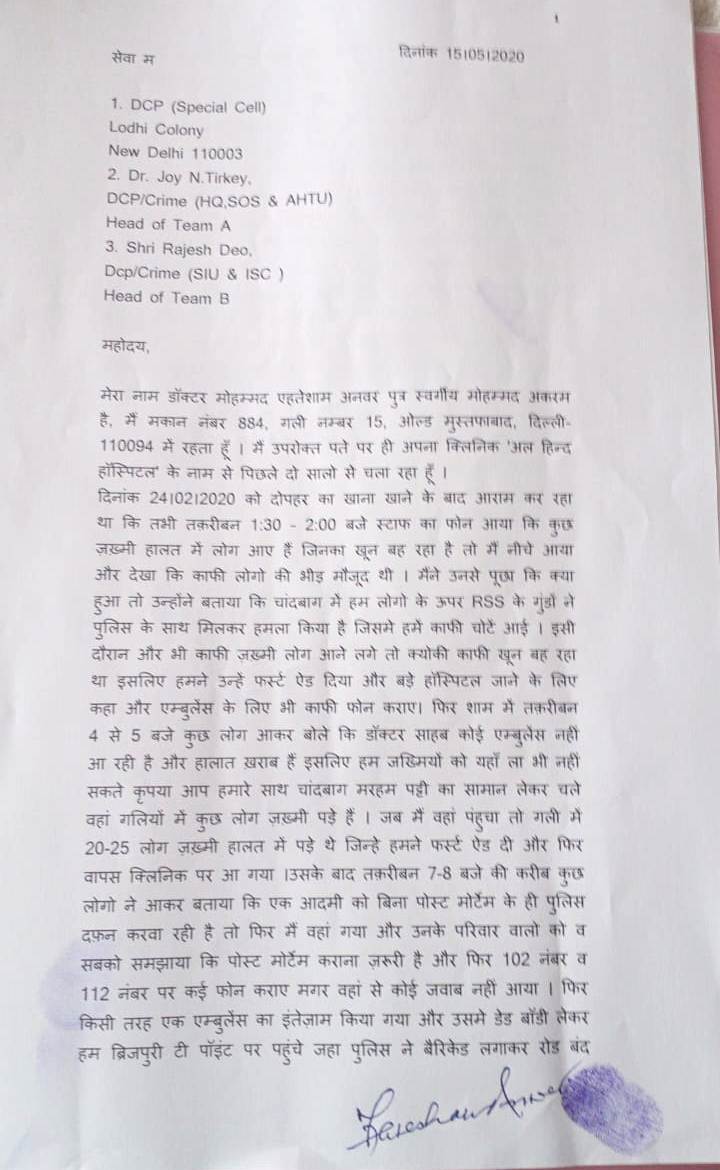 The doctor also asked for police protection in the letter saying that after he refused the cops' offer, he received several threatening calls.

Introducing himself in the beginning of the letter, he wrote that on February 24, at around 1:30 to 2:00 am when he was taking rest, he got a call from his staff who informed him that some injured and profusely bleeding persons had come to the hospital.

He wrote that when he came and asked those people what had happened, they told him they were attacked by a mob in Chand Bagh, one of the riot-affected areas. More injured people started coming in, and he administered them first aid. He even tried to arrange for an ambulance but did not succeed in doing that.

Some people requested him to come to Chand Bagh as it was not possible to bring many of those carrying bullet and sword wounds to the hospital. Dr Anwar went there and saw 20 to 25 people were grievously injured. He gave them first aid and came back.

Dr Anwar said, at around 7 or 8 pm that day, some people came and informed him that a family was going to bury a dead body without post-mortem. He went there and convinced the family not to do that. He called on 102 and 112 but didn’t get any response.

Finally, he arranged for an ambulance and while taking the body to the GTB Hospital, he was attacked by a mob. However, he reached GTB hospital and handed over the body in the casualty ward.

He didn’t find any ambulance to return to the hospital and had to spend the night at GTB. Meanwhile, he got calls from his hospital that more and more injured persons were reaching there. 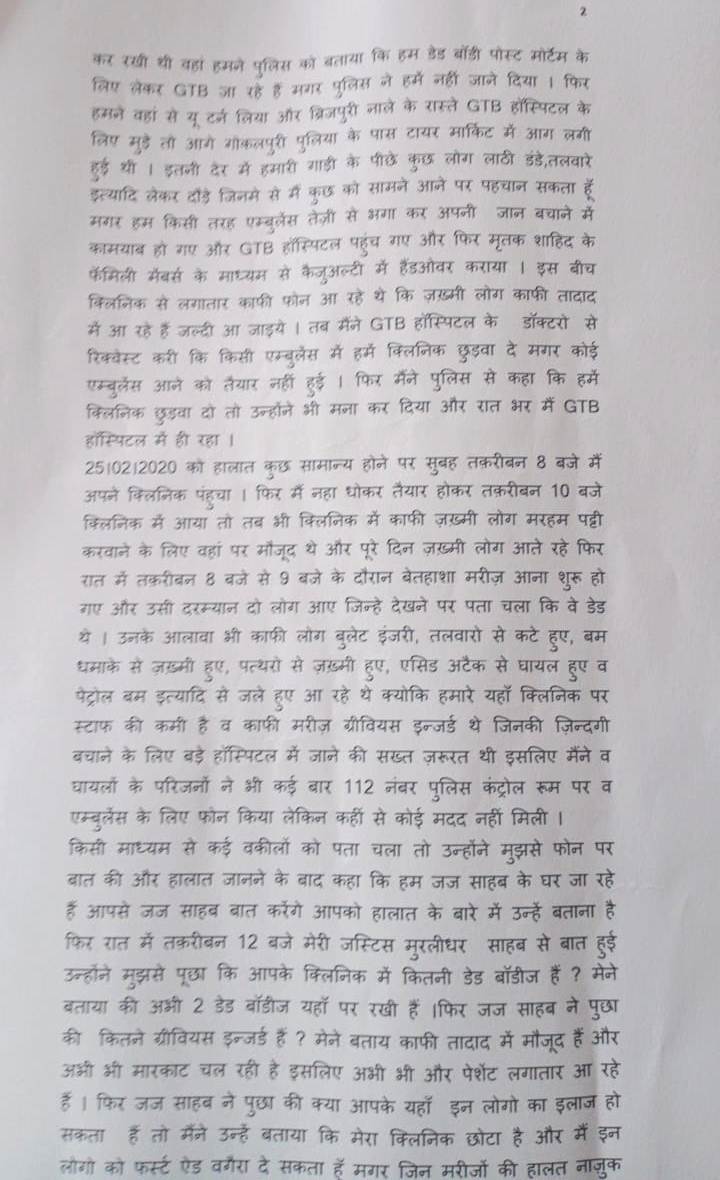 He came to his hospital the next day (February 25) around eight in the morning and saw that a lot of people were there to receive first aid.

He added, "It was very important to shift them to a bigger hospital to save their lives. I and the relatives of the injured called on police helpline number 112, but didn’t get any response."

Some advocates who came to know about the situation spoke to Dr Anwar and told him that they were going to meet the then High Court judge justice Muralidhar. They asked him to tell the judge the ground reality.

“Around 12 midnight, I spoke to the judge and told him everything. He asked me if they could be treated at my hospital but I told him that my hospital was small and I could only give first aid to the injured ones, but those who were grievously injured needed to be shifted to a bigger hospital,” Dr Anwar wrote.

He further said, “Justice Muralidhar ordered Delhi police to arrange ambulances to carry people from there to a bigger hospital but the police personnel who came with the ambulance were very angry with me and told me that I should not have spoken to the judge like that.”

Outlook reached out to MS Randhawa, PRO, Delhi Police, but has not received a response yet.