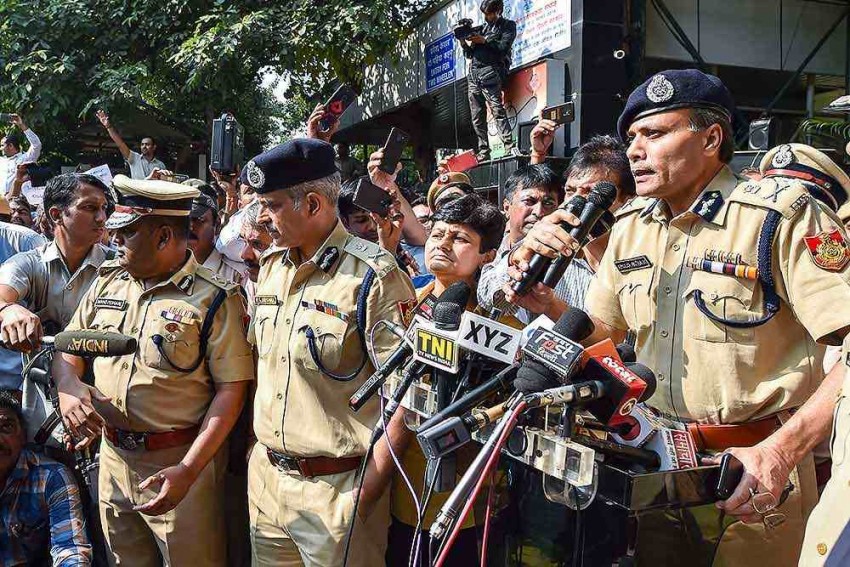 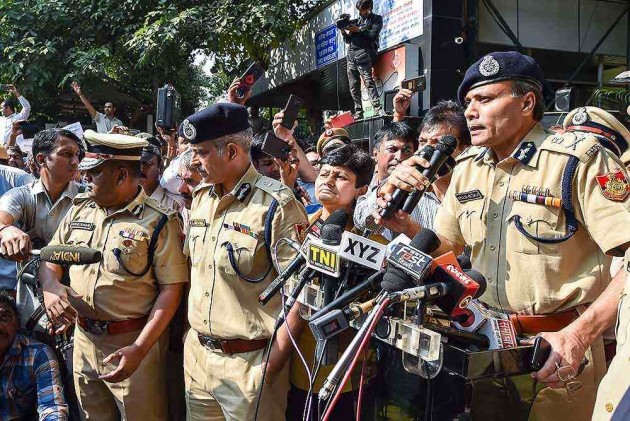 Delhi Police Thursday resumed duty after about two weeks to look after security at the Tis Hazari court premises where clashes erupted between cops and lawyers.

However, the lawyers continued to boycott work.

Deputy Commissioner of Police Monika Bhardwaj apprised District Judge Girish Kathpalia of the security status and informed him that police personnel have been deployed at the three entrances of the court premises.

Amidst apprehensions of a hostile environment, about 20 police personnel resumed work wearing civil dress instead of the uniform.

While being appointed at each of the entrances and the lockup area, where the alleged police firing incident had taken place during the clash, they were asked to appraise the senior officials if altercations take place between them and the lawyers.

Lawyers in all the six district courts in the national capital continued to boycott work completely on Thursday to protest against the clash at Tis Hazari court in early November, with proxy counsels appearing in courts to take dates in matters and assist the litigants.

Hundreds of advocates marched on the streets near the Saket court, raising "We want justice" slogan and holding placards. Traffic was blocked and diverted for half an hour while they marched on the road.

Dhir Singh Kasana, general secretary of coordination committee of All District Courts Bar Associations in Delhi, said that advocates of all the district courts here will protest outside the Parliament on November 20.

Though lawyers are protesting peacefully, situation is tense as lawyers are still cautious about letting any advocate enter courtrooms.

A news agency journalist was stopped by a lawyer from entering a courtroom as he mistook her to be an advocate due to her attire. She was then followed inside the courtroom by two lawyers to ensure that she was not appearing in any case.

Important cases have been deferred due to non-appearance of counsels. The judgement in the case of alleged sexual and physical assault of several girls at a shelter home in Bihar's Muzaffarpur was deferred for a month till December 12 as the 20 accused, who are currently lodged in Tihar central jail, could not be brought to court premises.

The fast track trial in the sensational 2017 Unnao rape case, which was to be heard on a day-to-day basis on the orders of the Supreme Court, also got affected. The accused, expelled BJP MLA Kuldeep Singh Sengar, and other co-accused could not be brought to court due to security reasons.

The strike continues as a meeting of members of all district courts associations, representatives of the Delhi Police and Lt Governor Anil Baijal, held on Sunday on the orders of the Delhi High Court, failed to find a resolution, Kasana said.

The tension between police personnel and lawyers has been building up since November 2 when a clash over a parking dispute led to at least 20 security personnel and several advocates being injured.

In unprecedented protests by the Delhi Police, thousands of its personnel had laid siege outside the police headquarters for 11 hours on November 5 and staged a virtual revolt sparked by two attacks on their colleagues by the lawyers.