The IMD has forecast cold wave conditions at some places in the national capital on Thursday with the minimum temperature continuing to remain around four degrees Celsius. 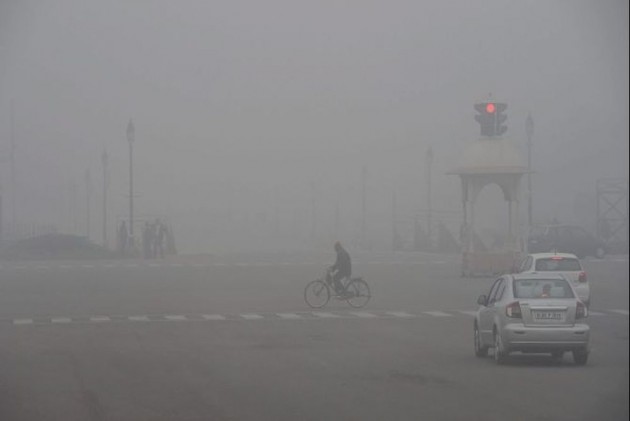 Biting cold winds from the northwest lashed the national capital on Wednesday as the minimum temperature here dropped to 4.5 degrees Celsius, three notches below the season's average.

The maximum also dropped to 19.5 degrees Celsius, a notch below the season's average, given a partial cloud cover.

Shallow to moderate fog enveloped the city in the morning. "There will not be much sunlight as it will be partly cloudy through the day, keeping the temperature cold," an India Meteorological Department (IMD) official said.

"Winds from the northwest is making Delhi colder than usual at this time of the season.

"It will continue to be this cold for another two-three days. After that, it will slowly start getting warmer," the official added.

At least 11 trains headed towards Delhi were delayed due to fog. Trains running from Puri in Odisha and Gaya in Bihar were delayed by five hours.

The overall air quality in Delhi continued to remain 'poor' due to high wind speed.

The IMD has forecast cold wave conditions at some places in the national capital on Thursday with the minimum temperature continuing to remain around four degrees Celsius.