Chief Secretary Anshu Prakash had on February 20, 2018 alleged that he was assaulted in a meeting at the chief minister's residence the night before following which the Delhi Police registered a case. 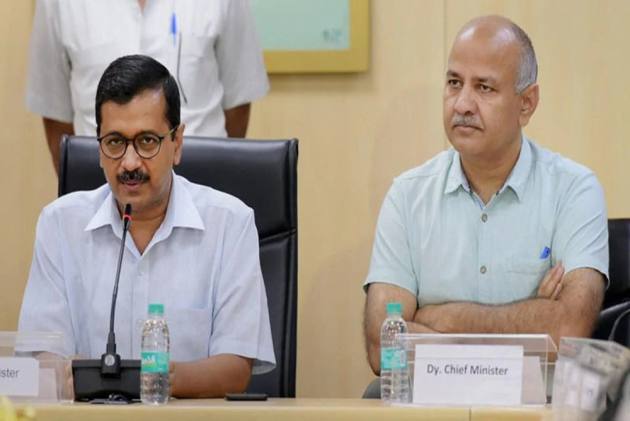 A Delhi court has discharged Chief Minister Arvind Kejriwal, Deputy Chief Minister Manish Sisodia and nine AAP legislators in the chief secretary assault case, that kept the bureaucrats and ruling dispensation at loggerheads for most of 2018.

The long chronology of the incident marked the very nature of governance in Delhi comprising an elected government and the bureaucracy that comes under the control of Centre appointed Lt Governor Anil Baijal.

The then Chief Secretary Anshu Prakash had on February 20, 2018 alleged that he was assaulted in a meeting at the chief minister's residence the night before following which the Delhi Police registered a case.

The next few weeks witnessed deteriorated relations between the bureaucrats and elected AAP dispensation as police probed the matter.

The charges by Prakash were denied by Kejriwal and Sisodia while the ruling AAP accused the chief secretary of levelling false allegations at the behest of the BJP-led central government.

Police arrested AAP MLA Prakash Jarwal and Amantullah Khan in the case within 48 hours of the alleged incident on the night of February 19, 2018. Both, however, got bail from the high court in March 2018.

The police had also claimed that the chief minister was present when the alleged assault took place.

Kejriwal was questioned by police for over three hours on May 18, 2018 even as a police team led by an additional DCP visited the chief minister's residence for checking CCTV cameras installed there.

However, the AAP protested against the police visit with ministers of the Kejriwal government meeting Lt Governor to lodge a complaint.

Police had also questioned the 11 legislators who were present at the meeting.

Days after the incident, the Delhi government bureaucrats launched a "peaceful protest" against the ruling dispensation and began abstaining from the meetings held by the ministers.

As the tussle dragged on, the chief minister accompanied by his three cabinet colleagues staged a nine-day-long sit in at the LG office over the alleged strike by the bureaucrats in June 2018.

The Delhi Police filed its chargesheet in the case on August 13, 2018 naming Kejriwal and Sisodia as accused. Eleven AAP MLAs, including Amanatullah Khan and Prakash Jarwal, were also made accused.

However, in October 2018, Kejriwal, Sisodia and nine other AAP MLAs were granted bail in the case by a court.

The incident that had triggered a bitter tussle between the AAP dispensation and its bureaucrats petered out with Kejriwal assuring safety of the officers who then relented and started attending meetings and the transfer of Prakash to the telecommunications department in December 2018.