The government has sanctioned Rs 20 crore, and the tower will come up in 10 months. 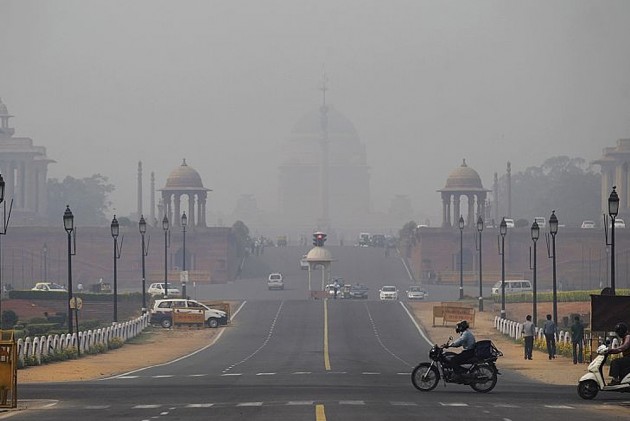 The Delhi Cabinet on Friday approved a tree transplantation policy to prevent felling of trees due to development works in the national capital, Chief Minister Arvind Kejriwal said, asserting that it will be a first-of-its-kind policy in the country.

Addressing an online media briefing here, he said the Cabinet has also approved a proposal to install a 'smog tower' in Delhi's Connaught Place to deal with air pollution.

The government has sanctioned Rs 20 crore, and the tower will come up in 10 months, the chief minister said, claiming that it will also be the first of its kind in the world.

Both measures have been taken as part of the Delhi government's ongoing "Yuddh, Pradushan Ke Viruddh (Battle against pollution)" campaign in the national capital.

Under the new policy, which will help preserve trees for a clean and green Delhi, agencies concerned will have to transplant 80 per cent of the trees affected by their projects to a new location, Kejriwal said.

A dedicated panel of government agencies with track record and experience of tree transplantation is being formed under the policy, he said.

"Any department requiring removal of a tree for some development work will seek help from any agency on the panel for transplantation," the chief minister said.

The government will also form local committees, which will include citizens, for checking, monitoring and certification of the tree transplantation exercise.

There are old, big shady trees in the city that are like a blessing, but sometimes, due to various development works, trees have to be cut, the chief minister said.

The tree transplantation policy passed by the Delhi government is the first by any state in the country, officials said. Under this, 10 saplings will be planted in addition to the whole tree being dug up with the root intact and scientifically transplanted at another location instead of being felled.

The chief minister said Delhi will be the second city in the world to have smog towers. The central government is installing a smog tower in Anand Vihar, while the Delhi government will install another in Connaught Place, he said.

The chief minister added that the smog tower will be installed on a pilot project basis, and if successful, more such towers will come up in Delhi.

On Friday, Delhi's air quality was recorded in the 'poor' category but a government agency said it could improve by Sunday because of a likely change in the wind direction.