National Decision On Class 12 Board Exams To Be Taken At The Earliest: Education Minister Ramesh Pokhriyal

Decision On Class 12 Board Exams To Be Taken At The Earliest: Education Minister Ramesh Pokhriyal

A high-level meet held on Sunday could not arrive at a decision on the pending Class 12 board exams. 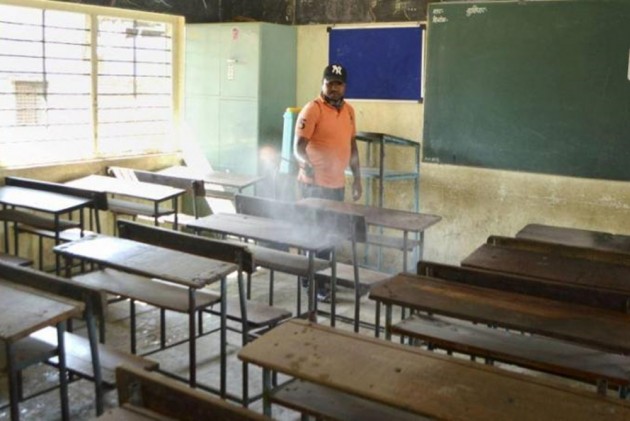 Education Minister Ramesh Pokhriyal Nishank sought detailed suggestions from state governments by May 25 as a high-level meet held on Sunday could not arrive at a decision on the pending Class 12 board exams.

Pokhriyal asserted that "an informed, collaborative" final call will be taken at the earliest.

The virtual meeting was convened to decide on the Class 12 board exams and subsequent entrance examinations that were postponed due to the second wave of COVID-19.

Technology A Saviour For Students In The Time Of Coronavirus, But We Must Tread With Caution

Can Classrooms Be Replaced By Screens Post-Pandemic?

After the deliberations, Nishank said, "The meeting was extremely fruitful as we received immensely valuable suggestions. I have requested the state governments to send me their detailed suggestions by May 25. I am confident we will be able to arrive at an informed, collaborative decision regarding the exams and remove the uncertainty among student's and parent's minds by informing them of our final decision at the earliest."

"I want to reiterate that both students' and teachers' safety, security, and future are supremely important to us,” he added.

Union Defence Minister Rajnath Singh chaired the over two-hour meeting. Union ministers Smriti Irani, Prakash Javadekar and Sanjay Dhotre were among those who attended the meeting, besides education ministers and secretaries of several states and union territories.