A Day After Its Launch, Vande Bharat Express, India's Fastest Train Breaks Down

The engine-less train, also known as Train 18, was returning from Varanasi after its inaugural run and broke down about 200 km from the capital. 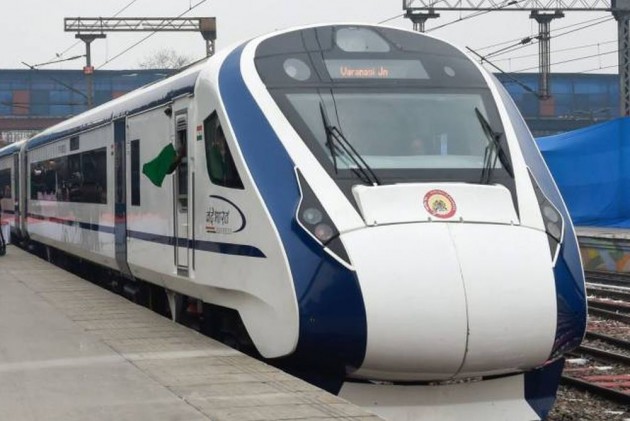 In a major embarrassment to the Ministry of Railways, India's first indigenous semi high-speed train Vande Bharat Express met with a technical snag on Saturday, hours before its first commercial ride.

The incident occurred around 15 kilometres from Tundla junction in Uttar Pradesh.

The train was coming back from Varanasi to get ready for its first commercial run on February 17.

"It was a case of cattle run over due to which there was some problem of wheels skidding. Engineers are looking at it," said Northern Railway CPRO Deepak Kumar.

According to media reports, the fault led to control failures of the air-conditioners fitted inside the train.

"At around 5 am, power went out in some coaches on the train. Before coming to a halt at Chamrola station, the train had slowed down to a sluggish speed of 10 km per hour," officials quoted as saying.

After removing the obstacles, the train resumed its journey to Delhi at around 8:15 am, officials added.

Train 18, which was recently named Vande Bharat Express by Railway Minister Piyush Goyal, has been manufactured by the Integral Coach Factory, Chennai.

It became India's fastest train by hitting speeds of over 180 kmph during a trial run on a section of the Delhi-Mumbai Rajdhani route.