Extraordinary scenes of chaos were witnessed on Monday outside the government-run shops in New Delhi, Mumbai, Bengaluru, Lucknow and other cities. 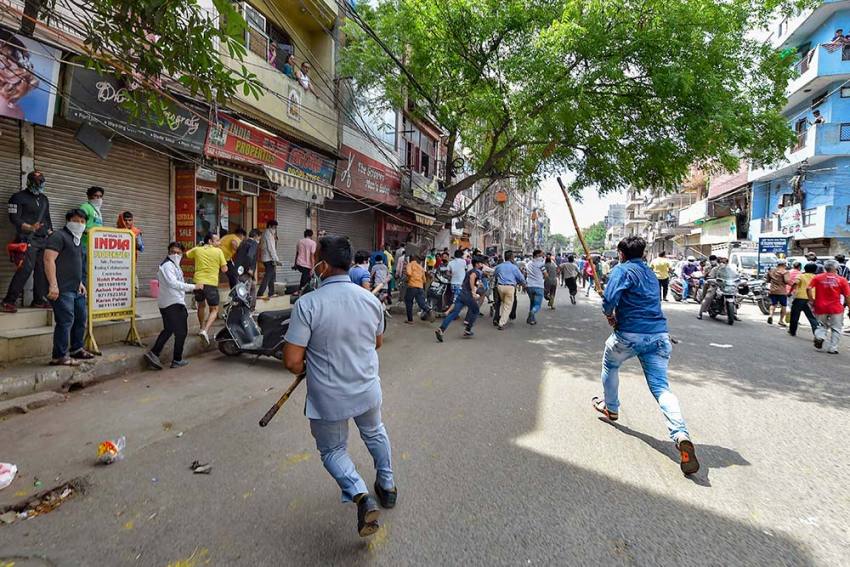 Police personnel raise batons to disperse the crowd outside a wine shop after authorities allowed sale of liquor with certain restrictions, during the ongoing COVID-19 nationwide lockdown, at Chander Nagar in East Delhi. A wine shop in the locality was closed soon after opening due to violation of social distancing norms. (PTI)
Outlook Web Bureau 2020-05-05T08:23:37+05:30 Day After Chaos At Liquor Shops, Delhi Govt Imposes 70% 'Special Corona Fee' On Alcohol 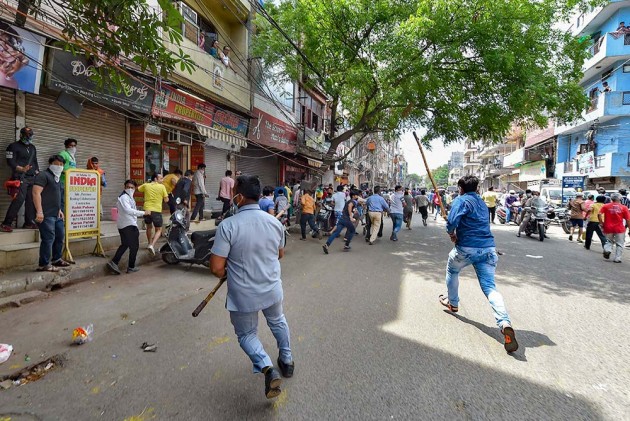 Liquor in Delhi will cost more from Tuesday as the government has decided to impose a 70 per cent 'Special Corona Fee' on maximum retail price, sources said Monday.

The move will boost the government revenue, which has been hit hard due to the coronavirus-forced lockdown, but there will be a steep rise in the prices of retails liquor bottle.

"70 per cent 'Special Corona Fee' has been imposed on the MRP of liquor bottles. The new rate will be applicable from Tuesday," a source said.

In a late night notification, the Finance Department of the Delhi government said, "70 per cent of the maximum retail price (will be levied) on all categories of liquor sold through retail licensees for consumption..."

For instance, a liquor bottle with a maximum retail price of Rs 1,000 earlier, will now cost Rs 1,700 in the city.

The decision comes on the first day of easing of certain restrictions under the third phase of the coronavirus lockdown.

The government has allowed 150 State-run liquor shops outside the coronavirus containment zones in the national capital.

Extraordinary scenes of chaos were witnessed on Monday outside the government-run shops in New Delhi, Mumbai, Bengaluru, Lucknow and other cities.

After a prolonged period of quiet, markets such as south Delhi’s Malviya Nagar erupted with hundreds of people, not all in masks, thronging liquor shops. Traffic slowed, cars honked, people tried to capture the action on their phones and police tried hard to control the situation.

“Shops were asked to shut in places where social distancing norms were violated. At some places, mild force was also used to disperse the crowd," a senior police official said.

Earlier in the day, Chief Minister Arvind Kejriwal said all relaxations in the areas where people violate social-distancing and other health norms will be withdrawn.

The chief minister's stern message came amid reports of people flouting social-distancing norms at liquor shops in many areas of the city after authorities allowed all activities permitted by the Central government under lockdown 3.0.