David Gets A Reluctant Goliath In The Leningrad Of Bihar

Who’s afraid of Kanhaiya Kumar? Well, going by the recent turn of events in Bihar, many consider Union minister Giriraj Singh to be the one wary of facing him in the upcoming general elections. 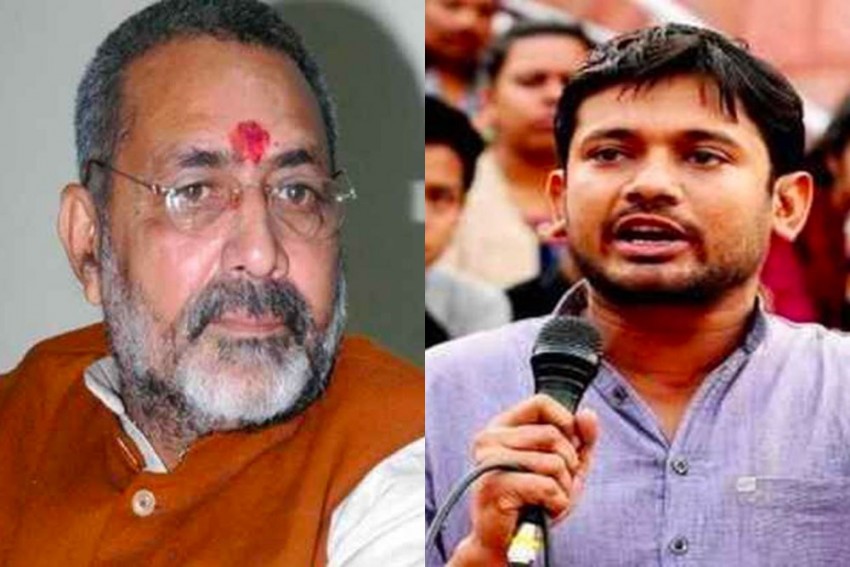 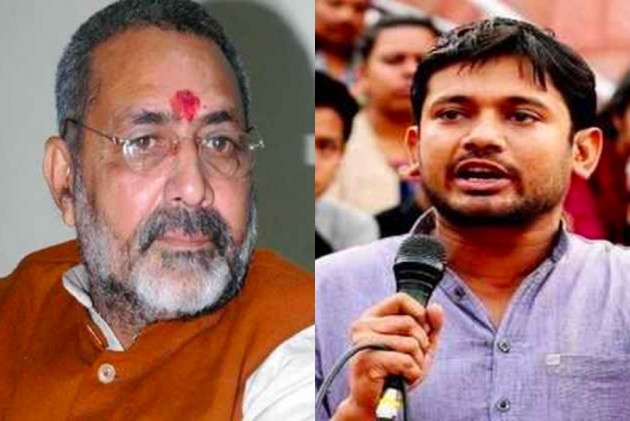 Who’s afraid of Kanhaiya Kumar? Well, going by the recent turn of events in Bihar, many consider Union minister Giriraj Singh to be the one wary of facing him in the upcoming general elections.

Kanhaiya, the 32-year-old former president of Jawaharlal Nehru University Students Union (JNUSU), is contesting the Lok Sabha elections on a CPI ticket from Begusarai, his home constituency in Bihar, which also has the mercurial minister in the fray.

Giriraj had earlier tried his best to avoid contesting from there and even resorted to theatrics since the Bharatiya Janata Party candidate announced his candidature but to no avail. After procrastinating for about a week, he ultimately had to willy-nilly accept the seat, in apparent deference to the wishes of the party’s top brass.

The 66-year-old minister, known for his controversial remarks over the years, wanted to contest again from Nawada from where he had won the polls in 2014. But this time the seat went to the Lok Janshakti Party under the seat-sharing arrangements of the NDA. He also accused the state party leaders of not keeping him in the loop about the possible change in his constituency.

Giriraj’s initial refusal to contest from Begusarai was surprising enough. For, he had desperately wanted this prestigious seat for himself in the 2014 parliamentary polls but the BJP at the time had chosen to shift its sitting Nawada MP Bhola Singh to Begusarai. Therefore, Giriraj’s reluctance to shift from Nawada to his once-favourite Begusarai is now widely attributed to his fear and apprehensions about the presence of a strong candidate like Kanhaiya in the fray.

It may well be true. Kanhaiya, who shot into fame as the JNUSU chief a few years ago, is certainly no pushover in the battleground despite being a greenhorn in the electoral politics. There are several reasons behind it. First, he is a local boy; second, he has a sizeable following in his home town because of his oratorical skills; third, he belongs to the dominant Bhumihar caste as Giriraj and, the last but not the least, he is contesting on the ticket of the CPI from a constituency, which has traditionally been regarded as a bastion of the Left party. In fact, Begusarai was for decades referred to as the Leningrad of Bihar because of the dominance of the communist leaders.

All these factors doubtless make him a redoubtable opponent, regardless of his inexperience. Besides, Kanhaiya’s sheer presence has already galvanised the Red cadres across the state. His fate in this election will also have a huge bearing on the future of the Left parties in Bihar, where they lost their ground in the post-Mandal era.

Still, Kanhaiya cannot expect it to be a no-contest against Giriraj, a dyed-in-the-wool RSS man, who may well leave no stone unturned to paint him as an anti-national in the run-up to the April 30 polls. But none of them can afford to be complacent because of the presence of Rashtriya Janata Dal candidate Tanveer Hassan in the fray.

Hassan had polled about 3.70 lakh votes in the previous election. As of now, there are about 2.5 lakh Muslims voters in the Begusarai constituency, next only to the upper caste Bhumihars. While the Bhumihars have supported the BJP in the past 30 years, the Muslims have backed Laloo Prasad Yadav’s RJD. In 2009, however, both Bhumihars and the Muslims had joined hands to elect JD-U’s Monazir Hassan, who was an NDA candidate at that time.

Kanhaiya’s fate, therefore, in this election hinges primarily on three factors. One, will he be able to convince the minority voters that his chances of defeating Giriraj are greater than Hassan’s? Two, will the 4.5-lakh-stong Bhumihar electorate split this time and its sizeable chunk will shift to the young turk of a communist party? Three, will he manage to win back the trust of the marginalised sections of the voters who were once the backbone of the Left movement? The answers to these questions will determine as to who will win the triangular battle royale in Begusarai: the Left, the right, or the centre?

Heartbreak For Hardik Patel: Is It End Of Road For Gujarat Patidar Leader?