Chinese President Xi Jinping and Prime Minister Narendra Modi had held their first informal summit in 2018 in Wuhan, the capital of Hubei province. 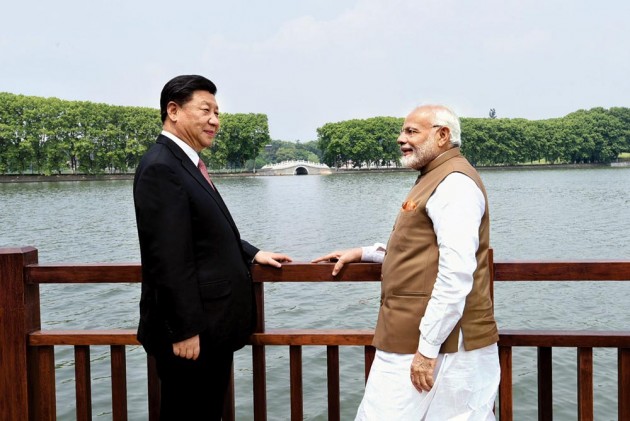 The Ministry of External Affairs (MEA) on Wednesday said that India and China were in touch with each other to finalise the date and venue for the next informal summit between the heads of two states.

However, according to a report in the English daily, The Indian Express, Varanasi could be the venue for the next summit in October this year.

Chinese President Xi Jinping and Prime Minister Narendra Modi had held their first informal summit in 2018 in Wuhan, the capital of Hubei province.

PM Modi had, in a statement back then, extended an invite to Jinping and wished to host him on Indian soil next time.

“You invited us for the first summit and today that dream has come true and I am happy that this informal summit will develop into a regular practice and I would be delighted to get an opportunity to host such an informative summit in 2019 on the soil of India,” Modi had said.

The MEA also said that Jinping had accepted Modi's invitation and the details about his visit will be announced soon.

Besides this, Jinping and Modi will also meet on the sidelines of the Shanghai Cooperation Organization (SCO) summit and the G20 Osaka summit scheduled for next month.

The two nations will have several ministerial-level engagements this year, including a foreign ministers' meeting, to prepare the ground for the second informal summit between, a senior Indian diplomat had said on Monday.

Speaking to reporters on the sidelines of an event held on the sidelines of the 2019 'China International Big Data Expo', Deputy Chief of Mission at the Indian Embassy in Beijing, Acquino Vimal said the Indian foreign minister will visit China this year, but the venue and agenda of the ministers' meeting are yet to be finalised.

Indicating a second informal meeting between Modi and Xi later this year, he said, a series of engagements were planned between the two countries prior to the high-profile summit.

"We will have many ministerial-level engagements before the high-level meeting," Vimal said in this southwest Chinese city.

"There is a proposal to have a visit that is definitely there for this year and we will have to actually prepare for this...and that will be done by various other ministerial-level engagements," he said.

Modi and Xi met on the sidelines of the G-20 summit in Buenos Aires in November last year.

In Wuhan, the two leaders had held long discussions on the Doklam standoff, which lasted almost three months, and other economic engagements between two Asian giants.