Cyclone Fani To Gaja: Here's How Tropical Storms Get Their Names

Cyclone 'Fani' is expected to make landfall in Odisha on May 3 afternoon with wind speeds ranging up to 180 km per hour causing heavy rainfall in the coastal districts of the state, according to the India Meteorological Department 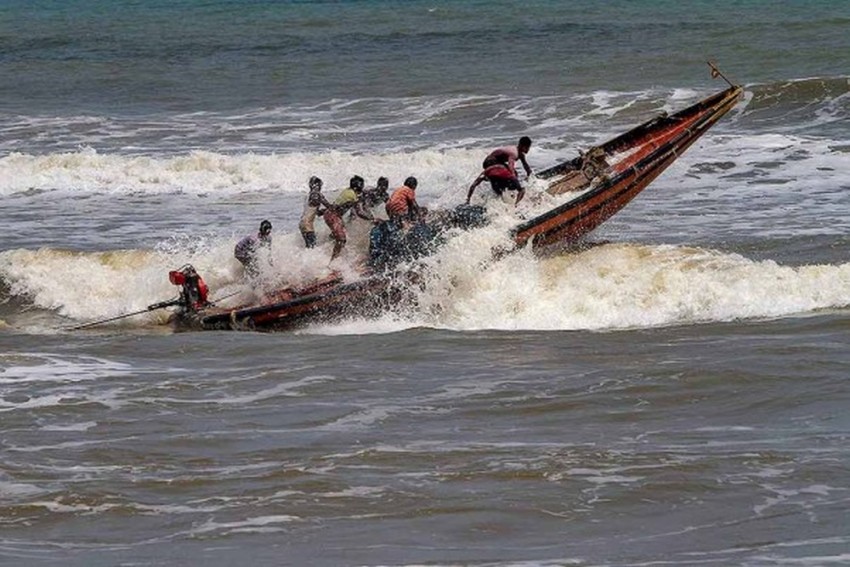 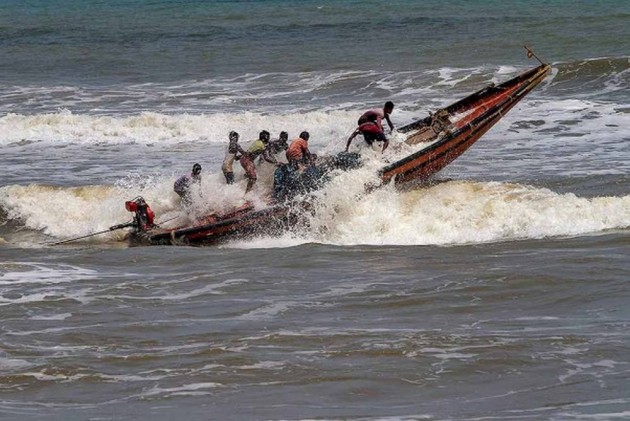 With severe cyclonic storm Fani set to make landfall in Odisha and parts of West Bengal on May 3, the Ministry of Defence has authorised the proactive deployment of resources from Indian Navy and Coast Guard for succour at the time of need.

'Fani' is expected to make landfall in Odisha on Friday afternoon with wind speeds ranging up to 180 km per hour causing heavy rainfall in the coastal districts of the state, the India Meteorological Department (IMD) said on Wednesday.

India has been hit by cyclones regularly. Last year it was Titli, which hit Andhra Pradesh and parts of Odisha and before that Cyclone Gaja affected Tamil Nadu and the Andaman Islands. It is, as such, pertinent to take a look at how the Cyclones are named.

Cyclones are given names in order to help with identification of the tropical storms in warnings given by authorities. It also aids in disaster preparedness and helps the media to report on the cyclone.

A tropical storm is called cyclone, hurricane or a typhoon depending on the part of the world from where it emerges and is likely to impact. In the Indian ocean, tropical storms are called Cyclones, Hurricane in Atlantic ocean and Typhoon in the Pacific ocean

There is a proper process behind the naming of tropical storms, i.e., cyclones and the World Meteorological Organisation (WMO), a specialised agency of the United Nations, governs the process and has laid down guidelines for the procedure.

Established in 1950, the WMO is primarily responsible to enhance cooperation across borders in matters regarding the exchange of weather information. The agency has its roots in the International Meteorological Organization (IMO) which was founded in 1873. Presently, the body has 192 members.

As per the procedure set up by WMO, the countries are required to submit a list, forming a pool of names from which the names of cyclones selected.

For different ocean basins, there are specified Tropical Cyclone Regional bodies responsible for preparing a list of cyclone names, which are decided at the yearly or biennial meetings of such bodies.

The names of storms from Atlantic and Pacific are reused every six year. However, “if a storm is so deadly or costly that the future use of the name would be insensitive or confusing”, the name is retired.

The North Indian Ocean region tropical cyclones are being named since October 2004.

Currently, there are five such bodies for different ocean basins. For the Arabian Sea and the Bay of Bengal, the Regional Specified Meteorological Centre New Delhi chooses cyclone names from a list to which names are contributed by India, Maldives, Myanmar, Oman, Pakistan, Sri Lanka, Bangladesh and Thailand. 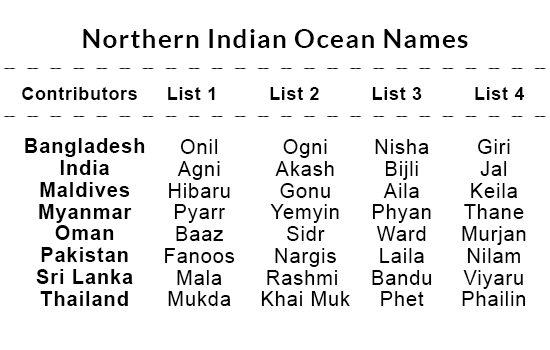 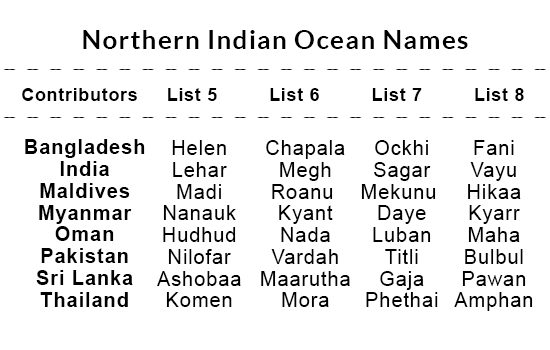 The list is prepared by listing countries alphabetically and the name for the tropical storms are used sequentially, column-wise. For example, Titli, Gaja and Phethai are the last three names in the 7th list of the pool of names. Fani is the first in the 8th list.

Accordingly, the name for the next tropical storm in the Arabian Sea, Bay of Bengal region will be Vaayu, given by India.

The US Army Air Corp and Navy meteorologists informally gave cyclones women's names during the Second World War, mostly of their wives and girlfriends. In 1953, the US weather bureau officially switched to women's names.

It was only ion 1979 that the WMO and the US National Weather Service (NWS) moved to a list of names for tropical storms that included men's names as well.