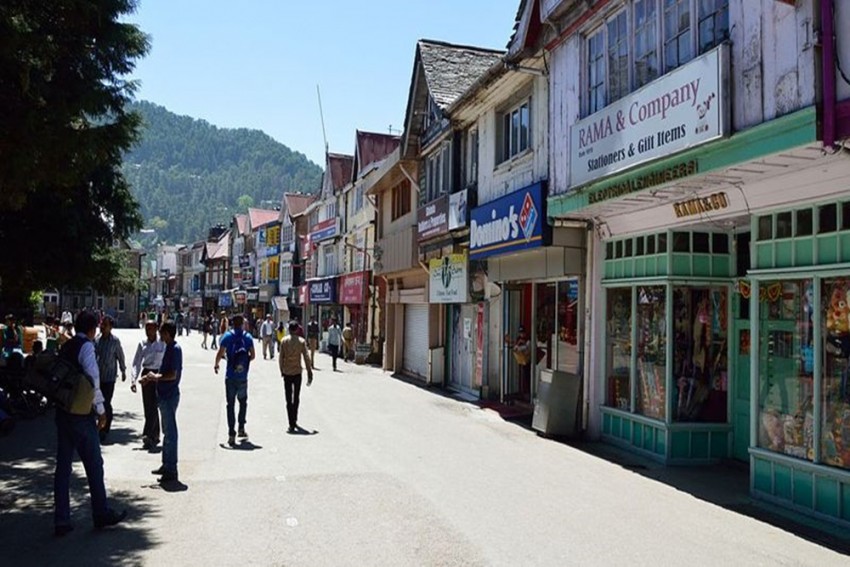 With fears of a third wave, tourists are not expected to venture out for the hills anytime soon.
Ashwani Sharma 2021-06-18T16:14:03+05:30 Covid Impact: Tourism Distress In Himachal 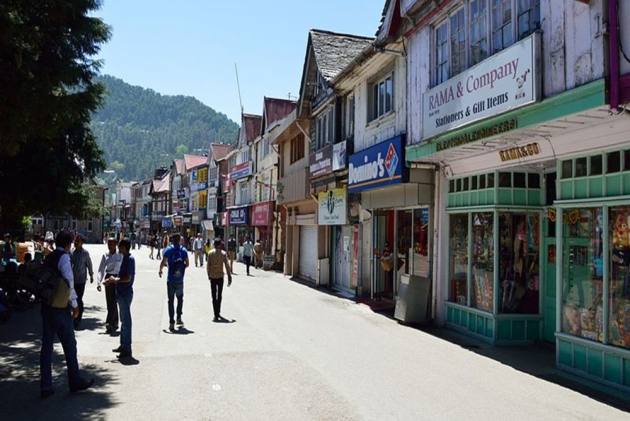 A few days ago, a video of a massive traffic jam on the Kalka-Shimla highway went viral, giving the impression that hordes of tourists are thronging Himachal Pradesh once again. Hoteliers in the hill state, however, insist tourism continues to be badly hit by the pandemic and that they are staring at another summer of lost business. The tourists in the video were mainly from Chandigarh and other nearby towns—the kind who visit the state for a short while, especially on weekends.

“Covid’s blow to the hotel industry and hospitality sector has been devastating,” says Ashwani Bamba, president of the Dharamshala Hoteliers Association. “Ninety per cent of the hotels, homestays and tourism-related businesses such as taxis, transport vehicles, restaurant and bars, tour and travel agents will became bank defaulters. The hotels, resorts and tourist vehicles will turn NPA (non-performing assets). We are just waiting for bankers arrive at our doors and put the properties on auction. The tourism industry will be dead.” Described as an engine of Himachal’s economic growth, tourism contributes 10 per cent of its GDP. On adding related businesses such as taxis, adventure sports, restaurants, bars, spas and hospitality, the share of this sector may not be less than 33 per cent. 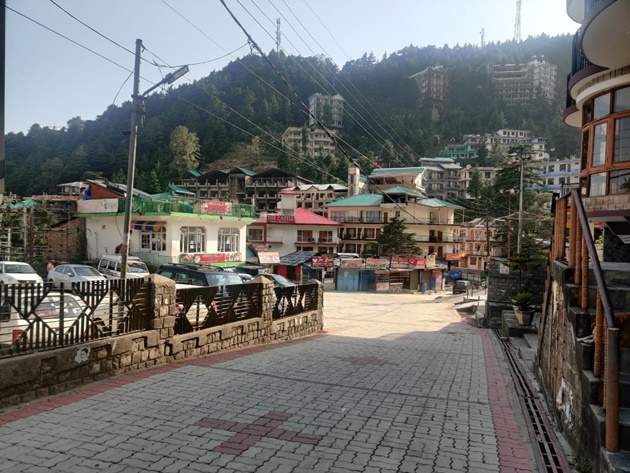 McLeodganj, abode of the Tibetan spiritual leader Dalai Lama, has never been as deserted as it is now. Also known as ‘Little Lhasa’ and a gateway to Buddhist tourism in the Himalayan region, it has always been the most happening place around the year, but the second wave of Covid has turned it into a ghost town of sorts—with closed markets and restaurants, idle taxis and tourist vehicles, and people confined to their homes. Dalai Lama has been in complete home isolation since February 2020, and is unlikely to step out in the near future. With even Tibetan monks inside the monasteries testing positive for Covid and no footfall of international tourists, Himachal’s tourism industry is almost on the brink of collapse.

The sprawling foothill town of Dharamshala, another popular tourist destination, also bears a deserted look, as do nearby Dharamkot, Naddi, Bhagsunath, Palampur and Kangra. From Shimla to Kullu-Manali and from Kinnaur to Lahaul-Spiti, the tourism and hospitality sectors are facing their worst time. At stake are the livelihoods of nearly 11 lakh people.

With fears of a third wave, tourists are not expected to venture out for the hills anytime soon. Moreover, the home states of a bulk of Himachal’s potential domestic tourists—Delhi, Maharashtra, Gujarat, West Bengal, Karnataka, Rajasthan, Uttar Pradesh and Punjab—continue to be coronavirus hotspots.

In November-December last year, tourism in the hill state saw a brief revival after the 2020 lockdown. Hotels got several advance bookings, raising hopes of a busy summer 2021. But then came the second wave, forcing cancellations and hasty check-outs by tourists lodged in places like Manali, Dharamshala, Shimla and Dalhousie. Government interventions such as making RT-PCR tests mandatory also had their dampening effect on tourist footfall.

Take the case of Manali. The opening of the Atal Rohtang Tunnel signalled a bumper tourist season in summer 2021. When 5,500-6,000 tourist vehicles crossed the tunnel in a single day, it was a record of sorts, raising expectations among hoteliers, promoters of adventure activities, tourist guides and taxi operators. But now they are demoralised. More than 60 per cent of the hotels are locked. Those that are given on lease have come under debt. At least 33 per cent of hotels and homestays have got their electricity and water disconnected as the accumulated charges in addition to EMIs had become unbearable. Young people who had invested in taxis, water rafting and paragliding are left with no livelihood, and a few have taken to selling vegetables on the roads. The hoteliers provide jobs to a massive workforce, including hospitality professionals, who are now either without a job or sitting idle.

“One wonders why the state government has forgotten about the tourism industry,” rues Sanjay Sood, president of the Shimla Hotels and Restaurants Association. “We are getting regular bills to pay for electricity, water, garbage, GST, even pollution fee and licence fee. There is no effort from the government’s side here, unlike what we saw in Jammu & Kashmir, where the government managed to protect the tourism industry and give necessary support. That is why there were tourists visiting the Valley in high numbers even during the pandemic. The hoteliers and resort owners there made good business, but we lost out even during those crucial months.” 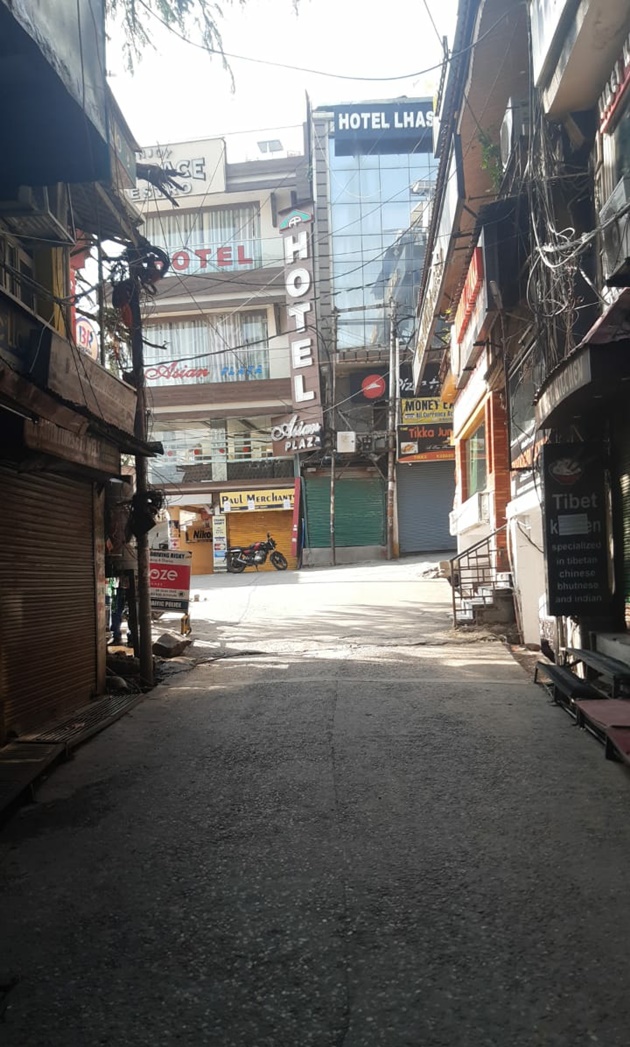 Tour operators like Mohit Sharma from Himalayan Travels say this is the second consecutive year of nil activity. “The second wave has led to a total washout,” says Sharma. “There are no inquiries, forget about advance bookings for the next season. People are scared about the third wave and don’t want to spend lavishly on the luxury of travelling to tourist places. Foreign arrivals are a remote possibility in the near future as foreign tourists don’t rely much on Indian health facilities.”

Aound 50,000 taxi operators, mostly from poor households of Dalits, OBCs and local Gurkhas (mainly at Dharamshala), have become bankrupt. A few had mortgaged their lands to raise bank loans. Travel agents and hoteliers too had invested in tourist vehicles and luxury travel coaches costing Rs 45 lakh to Rs 2 crore each. “I know at least 200 young people in Kangra district alone who are not in position to repay their bank loans or the transport fee,” says Prem Sood, president of All Himachal TaxiMahasangh. “They haven’t earned a single penny in the past two months and want to sell the vehicles to clear the debts, but there are no buyers. A few hoteliers too have put their properties on sale.” A debt-ridden hotelier died of a heart attack triggered by acute stress.

There are 3,200 registered hotels in the state and 1,500 homestays, though actual numbers are surely higher. Manali alone has nearly 2,000 hotels. More than 90 per cent of the tourism units are small and medium enterprises, which have hardly any cash reserves to pay salary, electricity and water bills, taxes, interest, rent, insurance, repair and maintenance costs etc. With estimates of the loss incurred by the industry ranging from Rs 500 to Rs 700 crore, insiders say it will take a minimum of two years for returning to workable conditions, financially and logistically. A few may wind up their ventures and sell their prime assets.