The town’s civic body feared that the unhygienic conditions created by the bird droppings could further spread Covid-19. 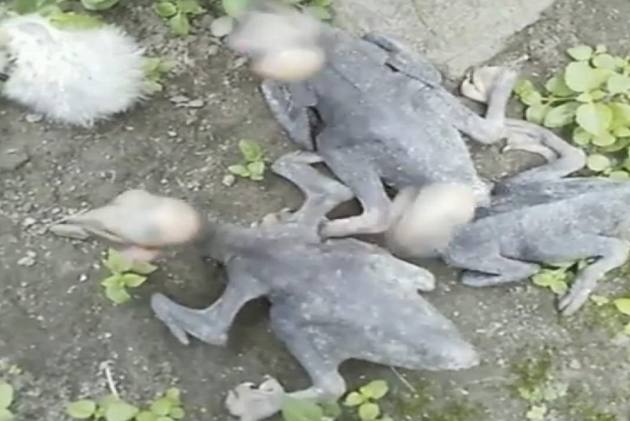 Around 250-300 Egret chicks have died at Tangla in Assam’s Udalguri district after the town’s civic body cut down a bamboo grove where the birds were nesting because it feared that the unhygienic conditions created by the bird droppings could further spread Covid-19.

The civic body had issued the notices to some residents earlier this month asking them to cut down the bamboo groves on their premises to create hygienic conditions. However, the residents refused to oblige.

One such grove was on Lokajit Sutar’s premises where a large number of birds were nesting along with the chicks. The family used to feed the birds, but the notice from the civic body arrived on June 8 asking that he cut down the grove.  Similar notices were received by Rajat Bhattacharyya, Amiya Narzary and Mahendra Deka among others.

On Thursday, when the Sutar family was away, employees of the civic body arrived and chopped down the bamboo grove bringing the chicks crashing down and killing them.

“These birds come and stay for two-three months and once their chicks grow up they fly away,” said Deka. “What is the problem there,” he asked blaming the administration for the death of the chicks.

Assam principal chief conservator of forest Amit Sahai said he has asked the DFO, Dhansiri to look into the matter. He also said that some surviving chicks have been sent to the Centre for Wildlife Rehabilitation and Conservation.

Nagaon-based environment activist Dilwar Hussain had earlier written to the Udalguri deputy commissioner drawing his attention to the notice served on the residents copies of which were sent the police instead of the forest department.

In an e-mail, he said, "Destroying of habitat and nests of birds are treated as severe crime under Wildlife Protection Act 1972.

"If dropping of birds threatening public health, then Municipality Board, Tongla should regularly clean the ground instead of threatening the land owners.

Land owners not invited the birds nor birds are pet.