Data experts, epidemiologists and public health experts say that increase in containment zones suggests the infection not only continues to persist in a particular area but it also spreads to new areas as well. 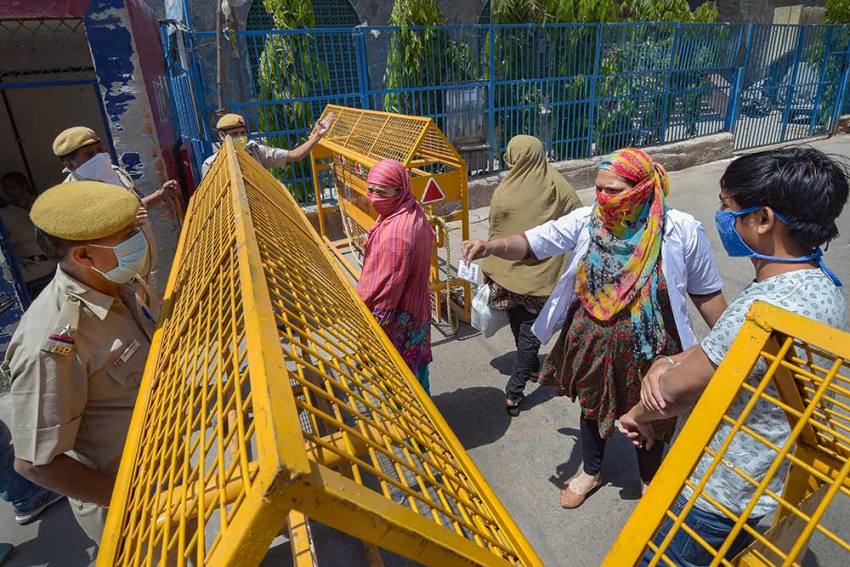 The Delhi government’s data on Covid cases presents a very complex picture that is leaving health experts alarmed. According to its health bulletin, daily positive cases have been declining significantly—and that’s the picture everyone has in their head by now. That the Covid graph in Delhi is, at long last, dipping. However, there’s another curious fact contained in those bulletins: there has been a continuous increase in the number of containment zones.

What does that suggest? Is the virus expanding its footprint across the city’s geographical spaces—to newer and newer areas?

Now, look at the numbers. On May 1, there were 99 containment zones, and this came down to 64 by May 22, before toggling back to 96 by May 27. So broadly within a static range for that whole month.

But since then, there has been a steep upward trend. In the next two months, finishing July 27, Delhi’s containment zones had risen all the way up to 716. Only in the last two days, though the government health bulletin of July 28 and 29, shows a slight decline in the number of containment zones bringing it down to 704, the list of containment zones on the health department website shows it has increased to 732. That means the geographical span of Covid-19 in Delhi actually saw an eight-fold increase (even though the daily number of positive cases is declining).

A section of government experts seeks to allay fears about the geographical spread and say the decline in the daily count is a real improvement. Since the last week of June, they say, a delineation exercise was conducted and multiple micro-containment zones were created for more aggressive surveillance.

However, a senior government epidemiologist, while analysing the change in the definition of containment zone said, “I had five containment zones in my area. When it was redefined, it became 19. But now it has not only gone up to about 80 but many new far-flung colonies and areas have been added. In my estimation, the increase in the geographical spread is three to four-fold.”

“Even though it is spreading, the big respite is that cases of death have gone down,” he said, requesting not to be quoted.

Independent data experts, epidemiologists and public health experts say that increase in new areas this is not a good sign: data suggests the infection not only continues to persist in a particular area but is also consistently spreading to new areas. Many areas continue to be containment zones even after two to three months, and new ones are joining the list.

Also Read | Has Delhi Started To Flatten Covid Curve Or Is It A ‘Data Gimmick’?

“Even though the current recovery rate is reaching 88 per cent, the increase in containment zones tells us that the coronavirus is spreading geographically,” says Bhupesh Daheria, CEO, Aegis School of Data Science. If this trend continues, the active and spread-out presence of the virus means there can be an abrupt spike in positive cases anytime.

He warns, therefore, that no one should conclude that Delhi has reached its peak.

The current number of positive cases is not even 1 per cent of Delhi’s population. The best lesson we can learn from our history is from the 1918 Spanish flu pandemic spread in India and the damage it caused,” he adds.

The containment strategy, as the name suggests, essentially revolves around containing the virus to a limited area and finishing it off.

“But that’s not happening. The virus looks active in its existing pockets and creating more pockets for itself. This is a worrying indication. Fortunately, it is not infecting a large number of people at present,” Dr Kishore says.

Experts also say the decrease in the number of positive cases may owe to various reasons but the data suggests community transmission and that can always result in a spike.

“There may presently be a balance between the virus, the host and the environment due to which the number of daily cases may not look very alarming but if this balance is disturbed, we don’t know what its impact will be,” says Vikas Bajpai, Assistant Professor, Centre of

“For instance, if you de-contain an area, it brings a change in the balance, which can lead to a surge in the number of cases,” he adds.

However, Dr Suresh Kumar, Medical Director, Lok Nayak Jai Prakash (LNJP) says that more containment zones only means the health department is imposing restrictions on more areas and hence its correlation to the decreasing graph of cases are not anomalous.

That, of course, does not square well with Delhi Health Minister Satyendra Jain’s recent statement in which he asked the Centre to relax the norms for containment zones and reduce it from 28 days to 15 days.

The website, delhifightscorona.in, which the state government claims to provide data on a real-time basis, has a list of only 531 containment zones with their details—185 are missing.