COVID-19 Lockdown May Have Debilitating Effect On Alcoholics, Drug Addicts, Those In Rehab: Psychiatrists

In certain groups on social media platforms like Facebook and WhatsApp, messages abound from tipplers asking if some liquor vend somewhere is open, if anyone knows of a home-delivery service for alcohol, what’s the mark up on the MRP. 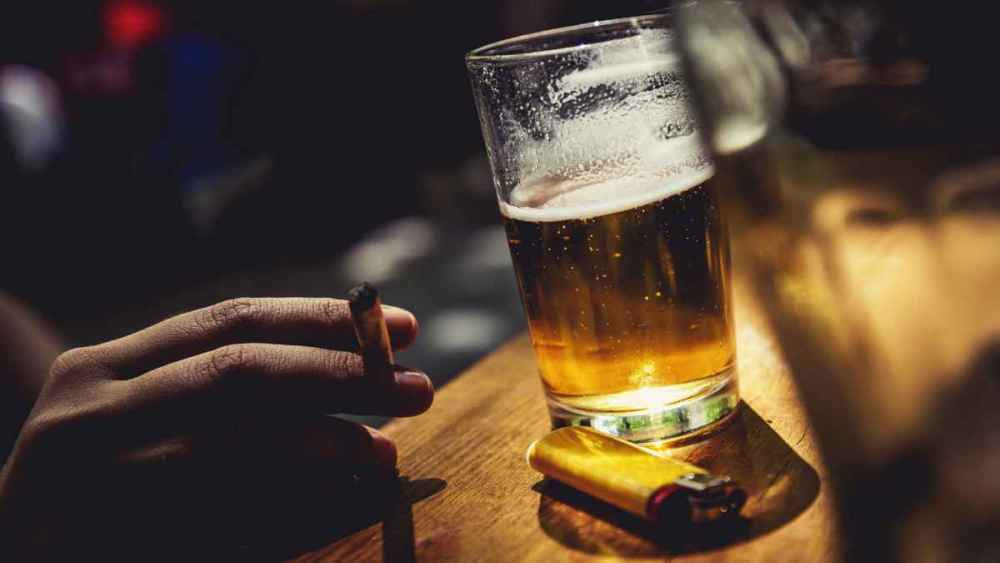 Soon after Prime Minister Narendra Modi announced the 21-day lockdown last week to contain the spread of the coronavirus pandemic, many wondered, perhaps in a jocular vein, how smokers, alcoholics or people addicted to drugs would cope with new regimen.

Does the lockdown present an opportunity to quit smoking, to detoxify? Whether last minute calls to bootleggers were made and stocks hoarded for the long dry spell to come? Can smokers effortlessly switch to nicotex; what if chemists run out of the nicotine chewing gum too? What about those addicted to banned drugs and psychotropic substances? Unlike alcohol or cigarettes, illicit drugs are difficult to procure; how fraught with risks would deals between addicts and suppliers be now under the lockdown? There were questions for those under rehab too – will they be able to attend therapy sessions, how difficult would it be to get to the counselor and whether medicines to cope with withdrawal – not readily stocked by most chemists – would be easily available?

A week into the lockdown, the questions have changed in tenor. In certain groups on social media platforms like Facebook and WhatsApp, messages abound from tipplers asking if some liquor vend somewhere is open, if anyone knows of a home-delivery service for alcohol, what’s the mark up on the MRP. For smokers, the quest to get a pack of cigarettes is easier but prices have soared since the cancer stick’s not an essential commodity and is presently being sold only clandestinely. A pack of 10 cigarettes of Goldflake, for instance, is selling upwards of Rs. 200 in most Delhi-NCR localities against its MRP of Rs. 130; some claim to have paid even up to Rs 250. Some addiction psychiatrists claim their WhatsApp groups have seen a spike in peers discussing new cases of alcoholics and drug users seeking advice on how to cope with withdrawal symptoms.

According to some media reports, by March 30, Kerala had registered eight cases of suicide by individuals, who failed to cope with alcohol withdrawal. The official death toll from the coronavirus infection in Kerala, so far, stands at two. Perhaps wary of having to deal with an epidemic of alcohol addiction-related suicides while the state continues to battle the Covid-19 pandemic, the Pinarayi Vijayan government allowed people unable to cope with withdrawal to purchase liquor from government-notified vends if a doctor prescribed the amber stuff to them. The Kerala government’s decision has been met with stiff resistance from state’s Indian Medical Association (IMA) chapter which wrote to the CM stating “alcohol withdrawal can be managed successfully using medications” and that “asking doctors to recommend alcohol as treatment of alcohol withdrawal would be sending a wrong message to the public”. Nonetheless, the Meghalaya government, too, followed Kerala’s lead, allowing alcohol to be sold to people who came armed with a doctor’s prescription.

As India enters into the second week of the lockdown, and amid uncertainty over whether this quarantine would end on April 15 or be extended, addiction psychiatrists believe the going may get tough for “severe addicts” of alcohol, illicit drugs and psychotropic substances and also for those presently under rehab.

Dr. Atul Ambekar, professor at the National Drug Dependence Treatment Centre of AIIMS, New Delhi, tells Outlook, “Withdrawal symptoms for those physically dependent on alcohol or drugs can be very distressing but in most case, although these symptoms are self-limiting, they subside in a few days time… however, for addicts who fall in the severe dependency category and also have some other health ailments, the withdrawal can be debilitating, even fatal.”

Ambekar says the current scenario comes with several complications. “It isn’t just the sale of alcohol that is banned presently…everything is shut, including the OPD in many hospitals. In this scenario, people finding it difficult to cope with withdrawal cannot access hospitals easily. In a number of cases, user do not even admit that they are dependent on alcohol or a drug… for addicts of banned substances, it is even more difficult because their withdrawal symptoms are more severe compared to alcoholics and the treatment too is complicated.”

With most hospitals having facilities for counseling addicts presently focussed on Covid-19 cases, Ambekar says it is “difficult to say with any certainty that instances of addicts seeking help have spiked during the lockdown”. However, he admits that “going by conversations with medical practitioners and psychiatrists who help addicts and from what I am seeing on our internet forums, there seems to be an increase in such cases.” He adds that while relaxing the lockdown to make alcohol available for alcoholics dealing with withdrawal “makes no sense”, the government should have had a contingency plan for treatment of addicts during the lockdown and “available medical services clearly are inadequate to deal with the fallout because it is expected that cases of severe withdrawal will only go up as the lockdown continues.”

Ambekar also insists the case of alcoholics facing withdrawal symptoms must be hyphenated from that of addicts dependent on opioids, other hard drugs and psychotropic substances. “The condition of those dependent on hard drugs or undergoing rehabilitation after quitting such substances is a bigger worry,” says Ambekar, adding that such drugs are anyway sold in the grey market and for current users the lockdown will make it more difficult to procure whatever they are addicted to and so the withdrawal will be sudden and may prove fatal. “For those under treatment, the medication prescribed is not readily stocked by all chemists and the dosage that is allowed to be sold is also controlled because an overdose can lead to other complications. Under the lockdown, several rehab patients may find it difficult to get these medicines because your corner medical store may not stock it,” he adds.

Chandigarh-based addiction psychiatrist Dr. Ashwin Mohan says that under the lockdown period, problems for drug addicts could be three-fold. “First, there is a high risk of drug addicts mixing substances they can get their hands on during the shutdown or try and administer them through a different route than usual to get the high that they are used to and this could cost them their life. Secondly, these drugs are anyway expensive because they are not legal and have to be sold clandestinely. The lockdown is likely to push up the prices further and so an addict may try criminal means to get that additional money. Thirdly, for those addicts who fail to get the drugs, there will be severe withdrawal and since treatment facilities may not be easily accessible, the user will suffer complications which again can, in some cases, cause death or push one to commit suicide,” he says.

Mohan says that the current lockdown should force a re-think in government on India’s mechanisms to address the menace of substance abuse. “There is a high stigma attached to any addict in our society; even to an alcoholic. While all political leaders and governments say they want to eradicate the drug problem, they attach the lowest priority to strengthening medical facilities for those who wish to give up alcohol or drugs. The ongoing crisis should make policy makers think about this,” says Mohan.

While there is no doubt that fighting the coronavirus pandemic must be top priority, Mohan says, the lockdown’s effect on addicts should be given due attention so that issues concerning them get addressed too in due course. “We need helplines across sensitive districts to help addicts; we need to train tele-medicine professionals to deal with addicts facing withdrawal symptoms. Most existing facilities are located in the metros or big cities while addiction rates, especially for opioids, are much higher in villages and smaller towns where there are no facilities to treat addicts.”