As per the new protocols introduced by the Himachal govt, everyone including MLAs will have to maintain a distance of six-feet while interacting with the CM 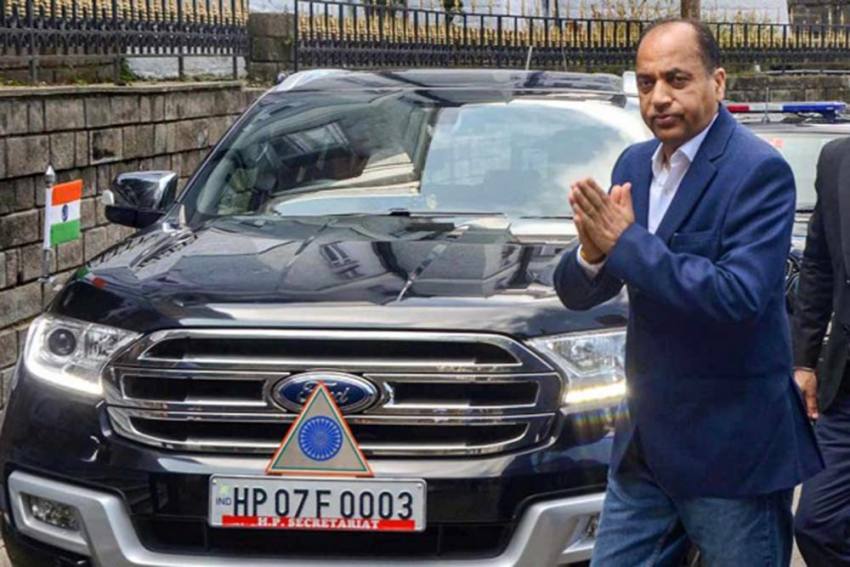 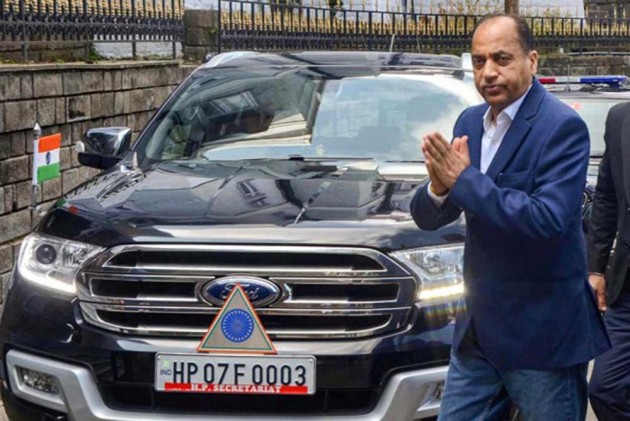 As Himachal Pradesh is witnessing a sharp spike in Covid-19 cases with the state having recorded 32,197 positive cases and 480 fatalities so far, Chief Minister Jai Ram Thakur’s security protocol has also been revamped to keep up with the pandemic. The CM recently tested positive for the virus and even though he has recovered, his team is leaving nothing to chance. Thakur is currently touring the state to launch a series of new development projects ahead of the scheduled panchayat polls. During his public addresses, the chief minister’s entourage has been tasked with ensuring that proper social distancing protocols are followed by everyone who comes in contact with the CM. This includes the implementation of new etiquettes like not offering the CM any bouquets, shawls, topis or even snacks. State ministers and MLAs will not even be allowed to hand over any hard copy files, papers or documents to the chief minister. According to government officials, the number of people who will be allowed to receive Thakur at helipads will be capped at 10. The CM will also be seated on a single seater sofa during all his public gatherings.

These measures come amidst the state recording a sharp spike in cases especially during November. The Covid-19 daily death toll in the state has ranged between 12-14 for the past two weeks. Districts such as Shimla, Mandi, Kullu and Kangra have emerged as Covid-19 hot spots and the Covid-19 care facilities at hospitals are facing shortage of beds.

“Since the chief minister has to lead the state from the front during this crisis, we though it absolutely necessary to introduce these new protocols to ensure that he doesn’t get infected again,” says state chief secretary Anil Khachi.

The new protocols were announced through a government order issued on Thursday. According to the order, the CM’s office will completely depend on digital means to receive and dispense files and documents, minimising physical contact as much as possible with the number of visitors who will be allowed to visit the CM also being capped to a minimum number.

Other norms necessitate public functions being attended by the CM to be held in open, well-ventilated spaces and all persons sharing a dais with Thakur will be mandated to wear masks and maintain six-feet distance.

“During gatherings, only one person will be allowed to present a bouquet to the chief minister. To avoid overcrowding, attendees must be seated before the arrival of the CM. Only single seater sofas will be allowed on the dais so as to ensure social distancing,” the order states.

The chief minister’s security, drivers and personal staff will undergo regular thermal screening. According to officials, a three-tier system with rotation of duties has been proposed for the CM’s staff. While on duty, which will last for 14 days for every batch, the CM’s staff will not be allowed to visit common places.

The state Assembly winter session that has been scheduled to take place in Dharamshala may pose further challenges to the state agencies to enforce the above mentioned protocols. However many officials including former PCC president and current MLA Sukhwinder Sukhu have suggested postponing the session till the number of ovid-19 cases in the state decline.