The Delhi government also ordered all hospitals to augment the number of beds reserved for covid patients as the city recorded over 3,500 fresh Covid-19 cases and 15 more deaths on Monday. 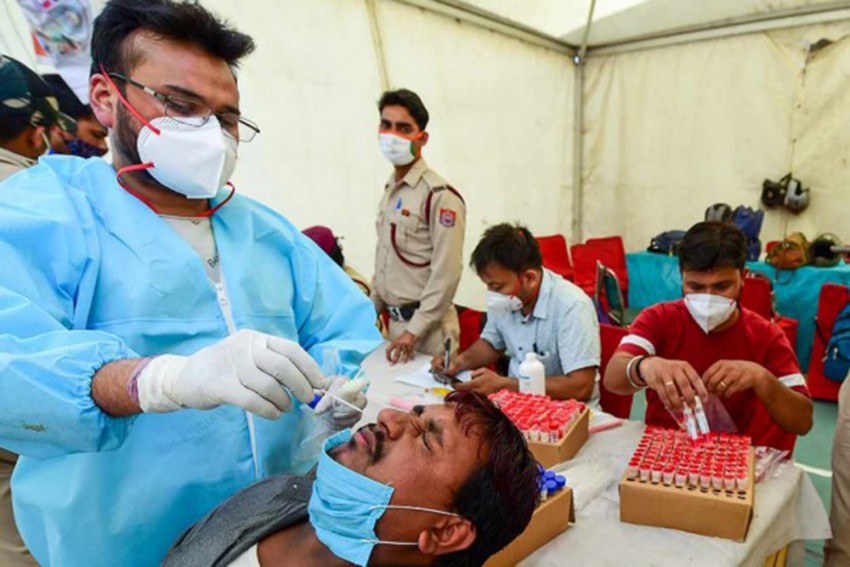 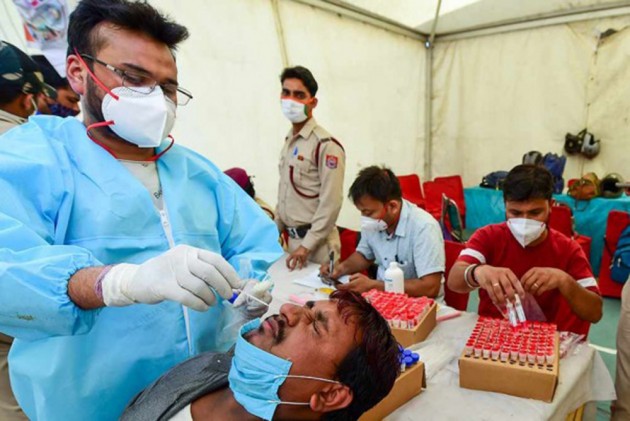 Issuing a warning, health minister Satyendar Jain said the city is reeling under a fourth wave of the pandemic. He also announced that testing capacity has been ramped up and micro-containment zones being set up in areas where two or more cases are getting reported.

Meanwhile, Chief Minister Arvind Kejriwal wrote to Prime Minister Narendra Modi urging him to relax the norms for opening vaccination centres and lift the age criterion for getting inoculated.

The AAP government also directed health authorities in the national capital to keep one-third vaccination centres in Delhi open round-the-clock. The vaccination sites at present operate from 9 am to 9 pm. The government also ordered all hospitals in the city to augment the number of beds reserved for coronavirus patients as the national capital recorded over 3,500 fresh Covid-19 cases and 15 more deaths on Monday.

"In order to accelerate the pace of COVID vaccination, it has been decided that the timings of functioning of the COVID vaccination centres should be increased. It is hereby ordered that with effect from 06.04.2021, one-third of the vaccination sites in all Delhi government hospitals will also function from 9.00 pm to 9.00 am," an order stated.

The case positivity rate also rose to 5.54 per cent amid a massive surge in cases in the last few weeks, according to a health bulletin.

Kejriwal in his letter to Modi, reiterated that the Delhi government can vaccinate all the residents of the city within three months if the necessary permissions are granted by the Centre.

The number of cumulative cases in Delhi on Monday stood at 6,79,962. Over 6.54 lakh patients have recovered from the disease, the bulletin said.

The Delhi government also ordered that the beds reserved for COVID patients will be increased at LNJP hospital from 300 to 1000, at Baba Saheb Ambedkar Hospital from 50 to 100 while at GTB Hospital it is to be hiked to 500.

"The case positivity rate was 4.64 per cent on Sunday. Random tests are being done at a fast pace and capacity is being ramped up. More than 80,000 tests are being conducted a day which is five times more than the national average," the health minister told reporters.

The Kejriwal government is taking a number of other decisions to contain the contagion, the minister said, adding that micro-containment zones are being created wherever two to three COVID-19 cases are getting detected.

"Asserting that the rapid spread of infection amid immunisation campaigns suggest that we must move the vaccination campaign forward in a more swift manner," Kejriwal wrote to the prime minister, urging for relaxation in norms for opening vaccination centres and age criterion for getting inoculated.

Jain had earlier said that according to the World Health Organisation, the situation is considered under control if the positivity rate remains below 5 per cent for several days.

The number of cumulative cases as of January 1 had stood at over 6.25 lakh and the total fatalities were 10,557.

The number of daily cases had started to come down in February.

On February 26, the month's highest daily count of 256 cases was recorded.

However, the daily cases began to rise again in March and have been steadily increasing since then.

Health experts and doctors have attributed this "sudden rise" in cases to people turning complacent, not following COVID-appropriate behaviour and "assuming all is well now".

The next two-three months could be challenging, they said, adding that the situation can be kept under control if vaccination is opened up for more people and Covid-19 protocols are strictly adhered to.