India is the fourth worst-hit nation by the COVID-pandemic 19 after the US, Brazil and Russia. 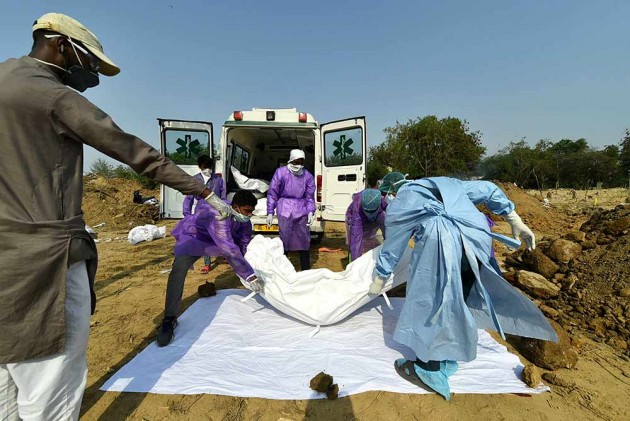 The nationwide COVID-19 tally crossed the 3-lakh mark on Saturday with a record number of over 10,000 new cases getting detected across states and union territories.

India recorded its worst single-day coronavirus spike so far with 11,458 fresh cases being reported and the tally rising to 3,08,993, according to the Health Ministry.  Over 1.54 lakh patients have recovered so far, while there are nearly 1.45 lakh active cases at present, according to the health ministry. The virus has also led to the death of 8,884 people.

The government stressed on the need for stringent containment measures to check the pandemic with the last one lakh cases emerging in just ten days.

Covid-19 Special: The Mysterious World Of Viruses And Why You Can't Escape Them

Covid-19 Special: Why The Coronavirus Is Like A Live-In Partner

The Centre has asked states and UTs to pay special attention on emerging epicentres of cases and to focus on containment, testing and tracing, upgrading health infrastructure, clinical management and community engagement for effective management of COVID-19, the Union Health Ministry said.

While the first case of the novel coronavirus infection was detected in India on January 30, it took more than 100 days to reach the one-lakh mark on May 18, but the 2-lakh mark was breached only about a fortnight later on June 2.

India is the fourth worst-hit nation by the COVID-pandemic 19 after the US, Brazil and Russia. While the US has reported more than 20 lakh confirmed cases so far, the tally for Brazil is over 8 lakh and for Russia more than 5 lakh.

Globally, more than 4 lakh have lost their lives and over 75 lakh have tested positive for COVID-19 since its emergence in China last December. However, nearly 36 lakh have recovered too.

The ministry on Friday said the doubling time of coronavirus cases in India has improved to 17.4 days, from 3.4 days when the nationwide lockdown was imposed on March 25. A phased withdrawal of all lockdown restrictions began on June 1, except for in containment zones.

The state also reported a large number of recoveries. As many as 126 cancer patients, who had tested COVID-19 positive, have also recovered in Mumbai itself.