It is understood that majority of the chief ministers want the lockdown to continue in some form but also favour opening up of the economic activities and gradual return of the normal life. 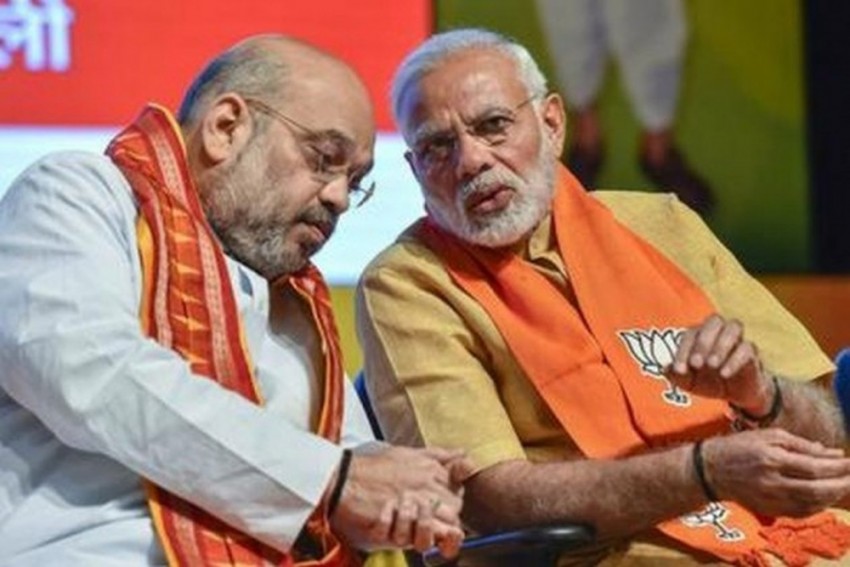 Union Home Minister Amit Shah on Friday met Prime Minister Narendra Modi and informed him about the views of all chief ministers on the extension of the ongoing nationwide lockdown beyond May 31, officials said.

During the meeting, Shah briefed Modi about the suggestions and the feedback he received from the chief ministers during his telephonic conversations on Thursday, a government official said.

The nationwide curbs were first announced by Prime Minister Narendra Modi on March 24 for 21 days in a bid to contain the spread of novel coronavirus. It was first extended till May 3 and then again till May 17. The lockdown was further extended till May 31.

The home minister's telephonic conversations with the chief ministers came just three days before the end of the fourth phase of the lockdown.

During his talks with the chief ministers, Shah sought to know the areas of concern of the states and the sectors they want to open up further from June 1, the official said.

Interestingly, till now, it was Modi who had interacted with all chief ministers through video conference before extension of each phase of the coronavirus-induced lockdown and sought their views.

This was for the first time that the home minister spoke to the chief ministers individually before the end of another phase of the lockdown.

Shah was present in all the conferences of chief ministers along with the prime minister.

It is understood that majority of the chief ministers wanted the lockdown to continue in some form but also favoured opening up of the economic activities and gradual return of the normal life, another official said.

The central government is expected to announce its decision on the lockdown within the next two days.

The number of COVID-19 cases in India has climbed to 1,65,799 on Friday, making it the world's ninth worst-hit country by the coronavirus pandemic.

The Health Ministry said the death toll due to COVID-19 rose to 4,706 in the country.

While extending the fourth phase of the lockdown till May 31, the central government had announced continuation of prohibition on opening of schools, colleges and malls but allowed opening of shops and markets.

It said hotels, restaurants, cinema halls, malls, swimming pools, gyms will remain shut even as all social, political, religious functions, and places of worship will remain closed till May 31.

The government, however, allowed limited operations of train and domestic flights. The Indian Railways is also running special trains since May 1 for transportation of migrant workers from different parts of the country to their native states.