A complaint has been filed at Chhatripura police station. A police officer said that during the incident the protesters also broke the barricade. 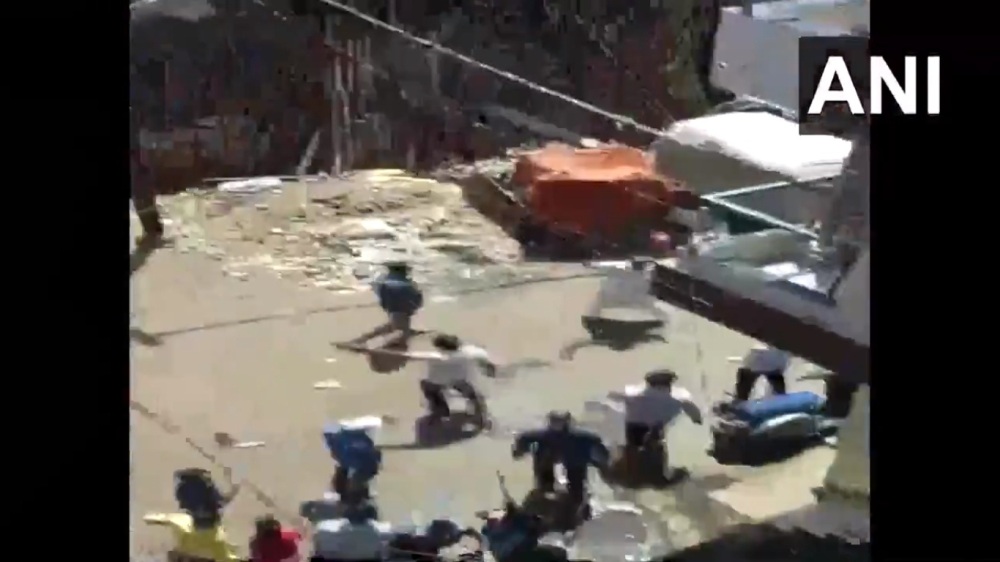 Two women doctors suffered injuries in their legs on Wednesday after a team of health officials were attacked with stones in Tat Patti Bakhal area when they went to locate people reportedly infected with the novel coronavirus (COVID-19). The health department team consisted of five people, including three doctors.

"The moment we started enquiring about a particular person's health, people began protesting and were joined by others who resorted to pelting stones. Policemen standing nearby came to our rescue," a woman doctor who sustained injuries said.

Indore's Chief Medical and Health Officer (CMHO) Pravin Jadia said: "Our team is working to protect people from the corona virus infection. But people pelted stones at them. It was an unfortunate incident."

A complaint has been filed at Chhatripura police station. A police officer said that during the incident the protesters also broke the barricade. A case of rioting will be pursued against them. Investigating officials said lack of awareness among the people about the corona virus infection and rumours spread on social media had led to such confrontations.

Meanwhile, Indore Deputy Inspector General of Police Hari Narayan Chari Mishra told IANS that a team from the health department had gone to the area to conduct health checks when they were attacked with stones. However, no one was hurt in the stone-pelting incident.

"The police have registered a case against unknown people and are looking for them," Mishra said.

In another development, a 28-year-old woman doctor was admitted to a hospital with coronavirus on Wednesday.

Jadia said the doctor was admitted to a private hospital. She was with the gynaecology department of the government Maharaja Yashwantrao Hospital, he said.

The CMHO said that 20 people including doctors who had come in contact with her have been identified and put under quarantine.

The doctor had met her husband in Lucknow some days ago and returned to Indore. Her husband has also been quarantined in Lucknow, Jadia said.