Currently, there are 83,004 active cases while 64,425 COVID-19 patients have been cured/discharged and one has migrated. 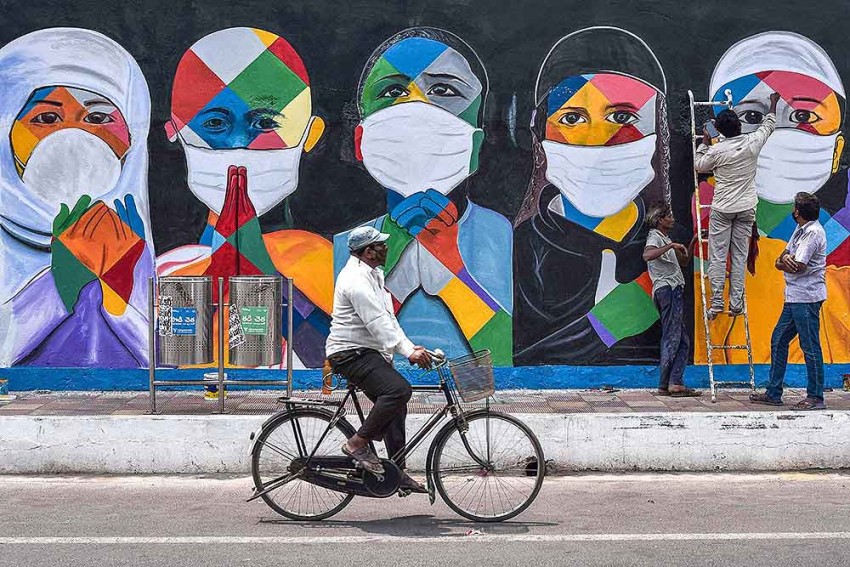 A cyclist rides past as an artist gives a finishing touch to a mural on awareness about the importance of wearing a face mask to prevent the spread of coronavirus, during the ongoing COVID-19 lockdown, in Vijayawada.
PTI Photo
PTI 2020-05-27T09:55:39+05:30 Coronavirus Cases In India Cross 1.5 Lakh-mark; Death Toll Rises To 4,337 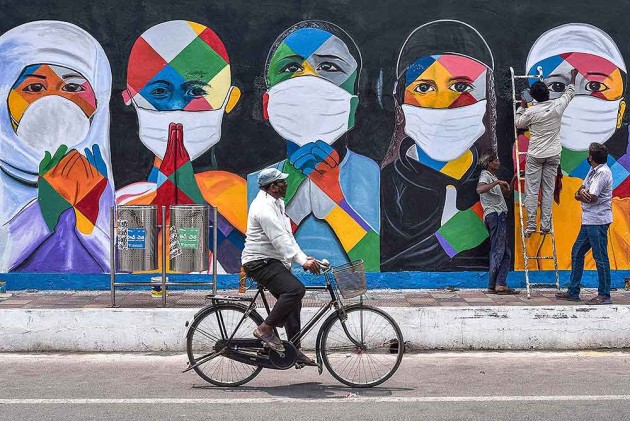 The number of active coronavirus cases stands at 83,004, while 64,425 people have recovered and one patient has migrated, it said.

"Thus, around 42.45 per cent patients have recovered so far," a senior health ministry official said.

Of the 170 deaths reported since Tuesday morning, 97 were in Maharashtra, 27 in Gujarat, 12 in Delhi, nine in Tamil Nadu, five each in Madhya Pradesh, Uttar Pradesh and West Bengal, three in Rajasthan and one each in Andhra Pradesh, Chandigarh, Haryana, Jammu and Kashmir, Kerala, Telangana and Uttarakhand.

Of the total 4,337 fatalities, Maharashtra tops the tally with 1,792 deaths followed by Gujarat with 915 deaths, Madhya Pradesh with 305, Delhi with 288, West Bengal with 283, Rajasthan and Uttar Pradesh with 170 each, Tamil Nadu with 127 and Andhra Pradesh and Telangana with 57 deaths each.

The death toll reached 44 in Karnataka and 40 in Punjab.

Jammu and Kashmir has reported 24 fatalities due to the disease, Haryana 17 deaths while Bihar has registered 13 deaths and Odisha seven deaths.

Meghalaya has reported one COVID-19 fatality so far, the ministry data said.