5 Trains, Thousands Of Passengers Being Traced For Travelling With Tablighi Jamaat Participants

Officials said that the railways is preparing a list of passengers who are being compared to the list of participants of the Nizamuddin religious event to ensure contact tracing. 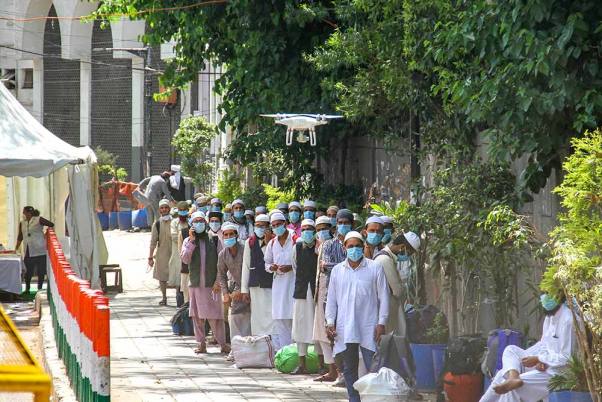 Railways is scrambling to provide information regarding thousands of passengers who travelled on five trains with people who participated in the Tablighi Jamaat congregation in Delhi, many of whom have tested positive.

While there are yet no definite numbers with the railways on the actual number of people who could have come in contact with the participants of this event, sources say that each train carried around 1000-1200 passengers and other staff members which could put them all at risk.

Communal Corona? Is It Justified To Blame Tablighi Jamaat For Nizamuddin Outbreak?

State officials said that the railways is providing lists of passengers to the district authorities which are being compared to the list of participants of the event to ensure contact tracing.

Of the contacts being traced, one is the case of 10 Indonesians who took the AP Sampark Kranti Express back to Karimnagar district after the event on March 13, and subsequently reported positive for coronavirus.

Around 60 passengers who travelled on the New Delhi-Ranchi Rajdhani Express in the same B1 coach as a Malaysian woman who tested positive for the virus, believed to be part of the Nizamuddin Tablighi cluster, are under the scanner with the district authorities scrambling to find their whereabouts.

The woman who travelled on the train on March 16 with 23 others tested positive and is Jharkhands first confirmed case of COVID-19.

According to inputs from states, two people who attended the congregation and later tested positive travelled by the Duronto on March 18 in the S8 coach along with “two companions”, two of them travelled by the Grand Trunk Express in the S3 coach with two minors, while a couple of others took the Tamil Nadu Express.

What is making the contact tracing of these individuals a herculean task for both the railway and district authorities is the fact that they moved around freely at that time as it was before any restrictions were imposed.

While Hazrat Nizamuddin station in Delhi, sees 56 long-distance trains departing every day and 130 trains from other sources halt here, 62 trains originate and 76 trains halt at the New Delhi railway station every day.

While the former has a footfall of about two lakh every day, the latter has a daily footfall of around 5 lakh.