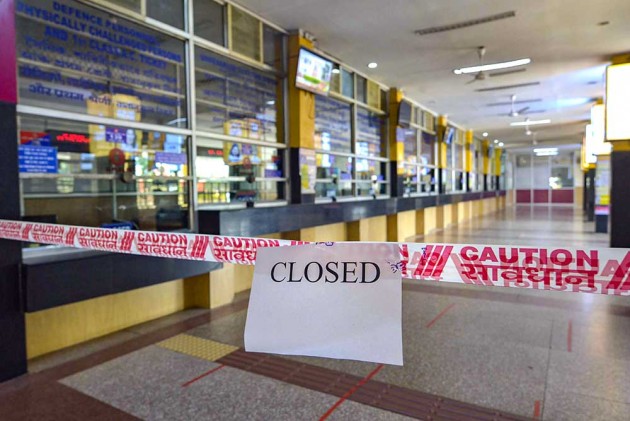 As four more persons, all from Bandipora district of north Kashmir, tested positive for coronavirus on Wedesday, taking the number of positive cases to eight, the government has started acting strictly against religious gatherings and is asking people to avoid going to mosques. At the same time, the Jammu and Kashmir Police registered an FIR against a mosque imam and eleven others for violating the orders.

In his tweet, J&K Government’s spokesman Rohit Kansal said “Preliminary findings suggest they were in close contact with Srinagar patient who tested positive yesterday. All 5 reported to have participated together in religious event.”

After he tested positive for Covid-19, government followed the travel trajectory of patient number 2, who had travelled to different parts of the Valley after returning from Delhi and Jammu. A large number of Tableegi Jamaat workers today presented themselves before the health authorities for check-up.

Today’s cases have created a situation of panic in the Valley with civil societies across Kashmir appealing to the religious leaders to stop gatherings for the “benefit of mankind.”

In Sumbal area of south Kashmir, Police arrested a clergy-man for leading prayers at a local mosque at Ajas Market.  The police accused the imam of violating the social distancing concept and risking lives of people.

Kashmir Ulema Council, an amalgam of different religious groups, has aided the police efforts and urged people who have come from pilgrimage to reveal their travel history. Headed by Mirwaiz Umar Farooq, the council has asked “people in Kashmir who have a travel history in recent past, to voluntarily self-report it to the concerned quarters and not conceal or lie about it for fear of mandatory quarantine. Such people are doing a great disservice to themselves, their family, neighbourhood and the community at large which amounts to an act transgression before Allah.”