Politics in all likelihood will be off the table when Congress’ Tharoor hosts “To The Point” and Shiv Sena’s Chaturvedi anchors “Meri Kahani”, both posing questions instead of answering them. 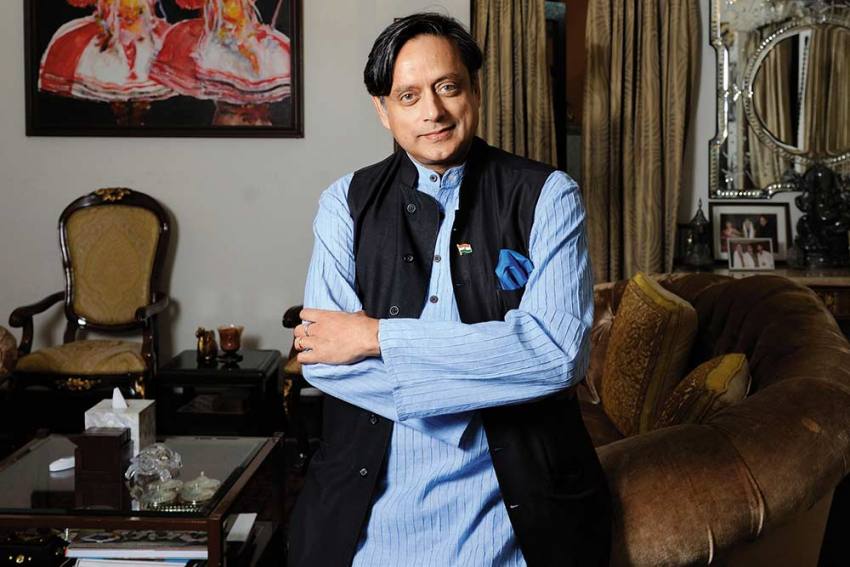 They are articulate, erudite and much sought after for their opinions by the media and also others. Now, Opposition MPs Shashi Tharoor and Priyanka Chaturvedi are moving to the other side of the mic as hosts for their own shows on the newly launched Sansad TV.

Politics in all likelihood will be off the table when Congress’ Tharoor hosts “To The Point” and Shiv Sena’s Chaturvedi anchors “Meri Kahani”, both posing questions instead of answering them. While Tharoor’s show will be about candid conversations with eminent personalities, Chaturvedi’s programme will have women MPs share their journeys.

"I have interviewed actor Michael Douglas and a couple of others for United Nations Television, so I cannot claim to be totally inexperienced as an anchor, but it's a refreshing change to find myself asking the questions rather than answering them!" Tharoor said.

"It is an interesting space to be in as you control the narrative… you can ask the questions you want to from the guests," Chaturvedi added.

The decision to merge Lok Sabha TV and Rajya Sabha TV was taken in February, and the CEO of Sansad TV appointed in March.
The new channel and its programmes have piqued the curiosity of viewers and the spotlight for the moment is on the two MPs known for speaking their mind, to the media and on social media platforms.

According to officials, sarod player Ustad Amjad Ali Khan will be among the guests on Tharoor's show, while Chaturvedi's show is set to have Indian classical dancer and MP Sonal Mansingh as a guest.

Tharoor, Lok Sabha MP from Thiruvananthapuram and chairperson of the parliamentary standing committee on information technology, said "'To The Point' was conceived as a show that will go “in depth into the life and work of the subject in a non-confrontational, easy-flowing conversational style”.

Asked about the role reversal, the former UN under secretary general known for his candidness as an interviewee, said the guests are chosen by Sansad TV producers and they have made it clear they wish to avoid political controversy.

However, once the guests are chosen "I have a free hand in conducting the conversation as I see fit", Tharoor said.

Elaborating on the specifics, he said, "Once we have a half-dozen shows 'in the can' and are ready to unveil them to the world at large, the audience will get to see how well it works -- and then we might be able to widen the range of interviewees!"

Chaturvedi said her  programme focuses on talking to other women MPs about their journey to Parliament, where  they began and how they manage to give time to their families as well as their parliamentary work.

Asked how difficult it would be to steer clear of politics, she said maybe not too much. "As one woman speaking to another woman, we understand the challenges, the difficulties, the barriers and how they managed families with work etc."

She admitted that it was a bit difficult to move to the other side of the mic. “…especially allowing them to do make-up, because that was not something I was personally keen on being a participant to, but I have a hard taskmaster in the producer of the show who tells me what to do in terms of look etc."

Chaturvedi said she asked Sonal Mansingh about her life as a dancer and challenges she faces in one of the episodes.

Also gracing the channel would be former MP and senior Congress leader Karan Singh who will host a show on different religions.

The line up of other shows has also given an indication that this will be a completely different set up from Lok Sabha TV and Rajya Sabha TV and it seeks to break the stereotype by getting MPs involved in programming.

A full documentary on actor-turned-politician Hema Malini's constituency of Mathura and her involvement as an MP would also be broadcast on Sansad TV, the actor tweeted.

It is not just MPs who will be donning new roles on Sansad TV. Top officials will do so too. Kant, the CEO of the government’s public policy think-tank NITI Aayog, will be seen talking about “India’s growth story” on the show “Transforming India”, and Sanyal turns 'sutradhar' for the show “Economic Sutra”, which will explain government policies and economic strategies.

According to the PMO, Sansad TV programming will primarily be in four categories -- functioning of Parliament and democratic institutions, governance and implementation of schemes, policies, history and culture of India, and issues, interests, concerns of contemporary nature.

Retired IAS officer and former Textile Ministry secretary Ravi Capoor is CEO of the channel while the Joint Secretary in Lok Sabha Secretariat Manoj Arora is the OSD.

Launching the channel, Modi on Wednesday said Parliament is not only about politics but policy too and noted that content is about "connect" that is as much applicable to the parliamentary system as to the media.

He said it is very important that the common man connects with Parliament and feels he is part of it.