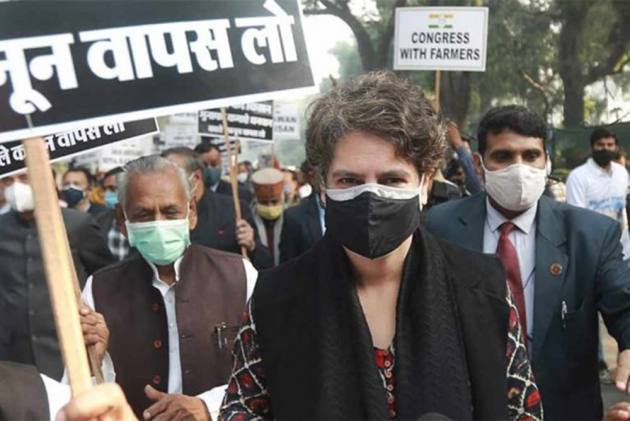 Attacking the Centre over the new farm laws, the Congress leader said that if the party was elected to power it will scrap the Centre’s recent agriculture legislations.

"The three laws are demonic. If voted to power, the Congress will scrap these laws," Priyanka Gandhi said adding that the party will continue to demand for the complete repeal of the three laws.

The mahapanchayat has been organised as part of the Congress’ ‘Jai Jawan, Jai Kisan’ campaign.

The Congress has been vociferously supporting the farmers' agitating against the new agri laws and is hoping to make inroads in the state where Assembly elections are due next year.