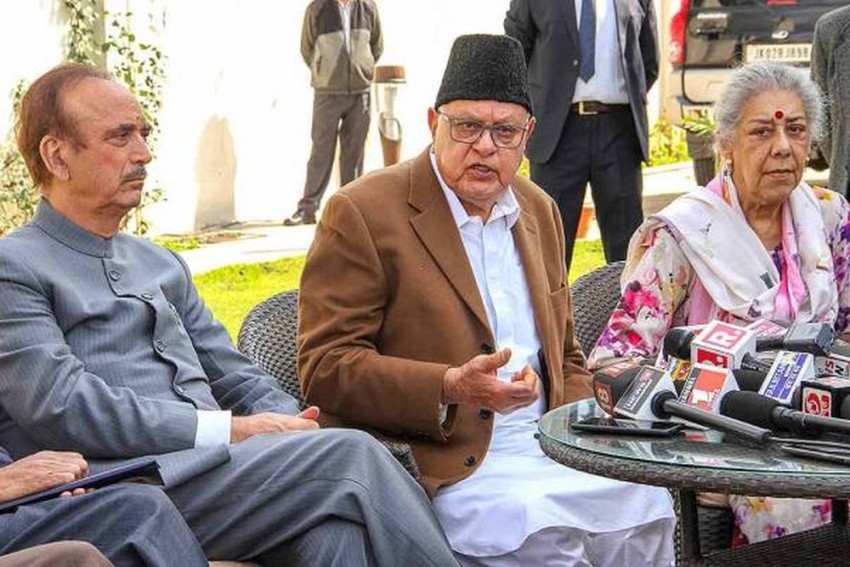 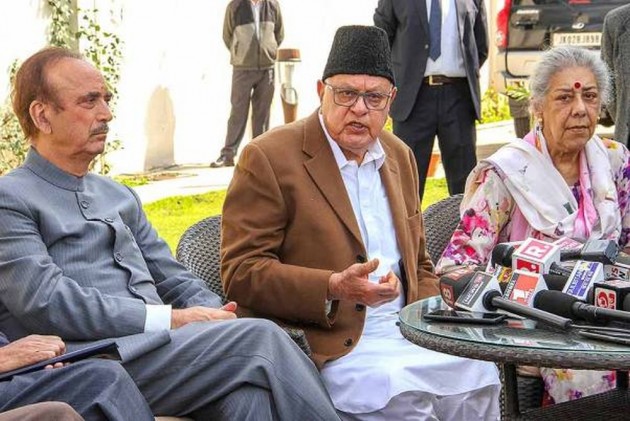 National Conference and Congress on Wednesday announced seat-sharing arrangement for six Lok Sabha constituencies in Jammu and Kashmir. Both the parties decided that the Congress will not field any candidate against NC president Dr Farooq Abdullah who is contesting from Srinagar parliamentary constituency.

The NC spokesman said that the arrangement was worked out after a four-member Congress team led by Leader of Opposition in the Rajya Sabha Ghulam Nabi Azadi and NC leaders led by Abdullah held a meeting at the latter’s residence at Bhatandi in Jammu.

Later announcing the arrangement after the meeting, Abdullah said that National Conference will contest all the three seats of the Valley, Baramulla, Srinagar, Anantnag and Ladakh. However, the party will not field its candidates in Jammu and Udhampur seats to ensure that the secular votes are not divided.

There will be a "friendly contest" between the two parties on the Anantnag and Baramulla seats, Azad and Abdullah said.

Azad declared that keeping in view the stature of Abdullah in the national and the State politics, the Congress will not field its candidate against him from Srinagar Lok Sabha Constituency.

Azad said the crucial role is being played by Abdullah in the national politics in strengthening secular forces and isolating the divisive parties, which pose a grave threat to the unity of the country.

He said the nation has been hugely heeding to the advice of the towering National Conference leader which was greatly witnessed during the Opposition conclaves in various parts of the country including Kolkatta.

While stressing the need for strengthening inclusive ethos of the nation, Abdullah said that the Congress should stitch an alliance with the like-minded parties elsewhere in the country in order to meet the challenge posed by divisive and communal forces. He said the nation is passing through a difficult phase and there was an urgent need to unite and foil the machinations of the inimical forces.