West Bengal Congress chief Adhir Ranjan Chowdhury claimed that law and order in the state had completely collapsed under Mamata Banerjee’s rule and accused the TMC and BJP of indulging in communal politics. 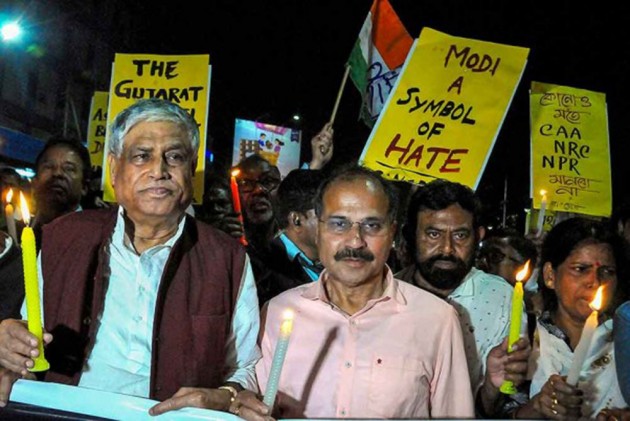 West Bengal Congress chief Adhir Ranjan Chowdhury on Saturday alleged that law and order had completely collapsed in the state and announced that the Congress and the Left will unitedly fight against the BJP and the TMC. Assembly elections in the state are due in April-May next year.

The West Bengal Pradesh Congress Committee president led a two-km-long march from Bidhan Bhavan, the party's state headquarters, to Y Channel in Esplanade protesting the "almost-extinct" healthcare system in the state which "failed" to cope with the COVID-19 pandemic. Congress workers also protested the rise in power tariff and the rise in prices of essential commodities.

The Left and the Congress will fight together against the TMC and the BJP to "expose their fascist undemocratic nature and communal politics", Chowdhury said. "The state is passing through a critical juncture and the ruling TMC government has failed on all fronts including healthcare, controlling prices of essential commodities and maintaining law and order. There has been a rise in murders and attacks on women. The TMC has failed to protect the people of the state. There is no democracy in West Bengal," the Congress leader said during the march. Congress’ fight is against the TMC in the state and against the BJP at the centre, he added.

Around 1,000 Congress party activists participated in the march, holding placards criticising the TMC government in the state.