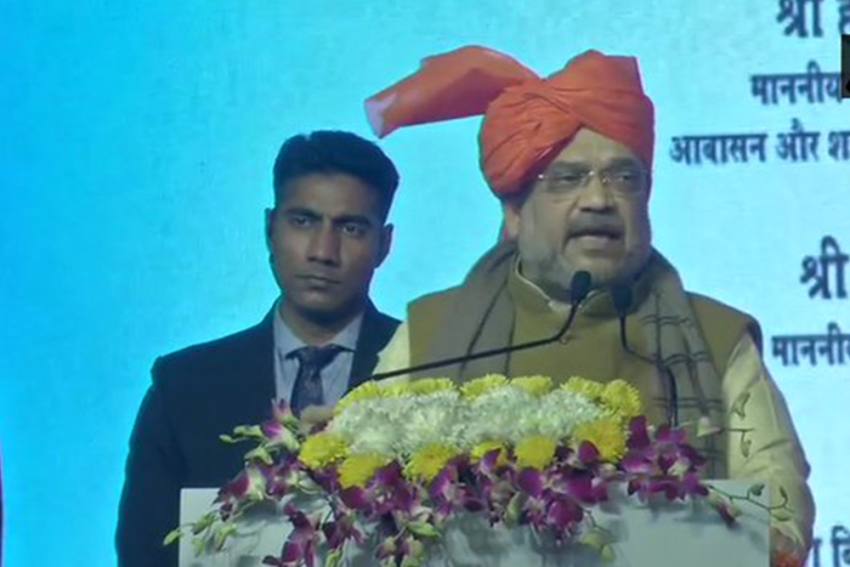 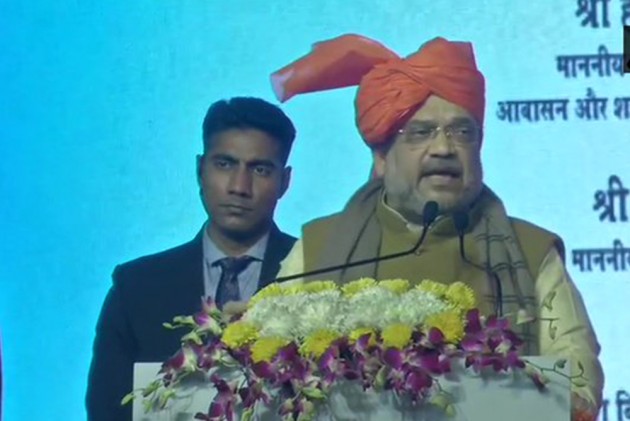 Addressing a gathering in Delhi, Shah held Rahul Gandhi and Delhi Chief Minister Arvind Kejriwal responsible for "riots" and breach of peace in the national capital over the amended citizenship law.

The country is witnessing Rahul Gandhi support rioters, he said, adding the Congress leader is identifying himself with them.

The Union Home Minister also alleged that Kejriwal is not prosecuting those who raised anti-India slogans.

"Some students shouted anti-India slogans, said 'Bharat tere tukde honge'. Tell me should not they be sent to jail?," alleged Shah.

"But Kejriwal is not granting sanction to prosecute them. Who do you want to save, Kejriwal ji?" he said.

Shah, who is also the BJP president, said that Delhi bore the brunt of "riots" for four days during the recent violent protests against the Citizenship Amendment Act (CAA). He added that the AAP government and the Congress were responsible for it.

He said Prime Minister Narendra Modi brought in the new legislation to give citizenship to minorities from Pakistan, Bangladesh and Afghanistan who have sought refuge in India, but "Congress and AAP, especially Rahul and Priyanka, are misleading minorities in the entire country".

"They are telling them 'you will lose your citizenship due to CAA'. There is no provision in the amended law that takes away citizenship of people. Why are you lying?" Shah said.

He said that the Congress and the AAP "misled the youth and people of Delhi and committed the sin of burning the national capital in the fire of riots".

"Unashamed, they are still saying they will give legal aid to those behind the riots, go to their houses and take care of them," he added.

Shah further said that the AAP government had done nothing to improve the lives of the people of the national capital and had only deceived them by publishing advertisements.

"Kejriwal had promised to install 15 lakh CCTV cameras for the safety of residents of Delhi. People are looking all over but can't find any camera," Shah said.

On the AAP government not joining the Centre's Ayushman Bharat scheme, Shah said Kejriwal feared that if the scheme is implemented in Delhi, the people will favour the BJP in the upcoming assembly polls.