Activists and supporters of the saffron party protested outside District Magistrate A.D.P. Palraj's office at Balurghat. 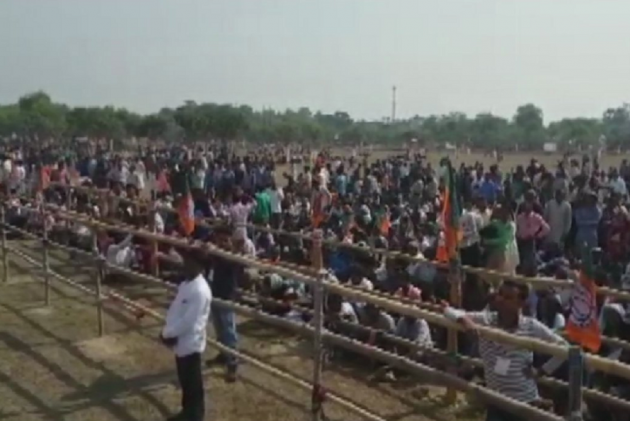 BJP workers on Sunday staged a protest outside the South Dinajpur district magistrate's house over the denial of permission for the chopper of Uttar Pradesh Chief Minister Yogi Adityanath to land in West Bengal's Balurghat.

Activists and supporters of the saffron party protested outside District Magistrate A.D.P. Palraj's office at Balurghat.

According to district BJP leaders, the party had been trying to secure the permission besides making alternative arrangements so that Adiyanath could address the rally here.

According to them, they had filed for the requisite permission well in advance but were told at the last minute that a final decision was yet to be taken on the matter.

Describing the incident as yet another glaring example of "undeclared Emergency" in the state, BJP national Secretary Rahul Sinha demanded immediate suspension of the District Magistrate.

"The culture of Bengal is to extend all courtesies to the guests. But in this case, they have refused permission for his chopper to land. Nothing can be more indecent. This only shows how much the Trinamool is scared of BJP's progress in Bengal," he said.

This is the second recent instance a controversy has erupted over the denial of permission for facilitating the landing of helicopters carrying BJP bigwigs, who have been holding public meetings across the state as part of the BJP's blitzkrieg in West Bengal ahead of the Lok Sabha polls.

On January 22, the district administration had denied permission for BJP President Amit Shah's chopper to land in Malda district, citing that the ground was not ready.

Later, the state BJP unit obtained permission to land the chopper at two places -- the helipad in Malda's Golden Park Hotel and the helipad used by the Border Security Force in the district -- and Shah duly addressed the rally.