Hubei's health commission confirmed another 14,840 new cases in the central province, where the outbreak emerged in December. 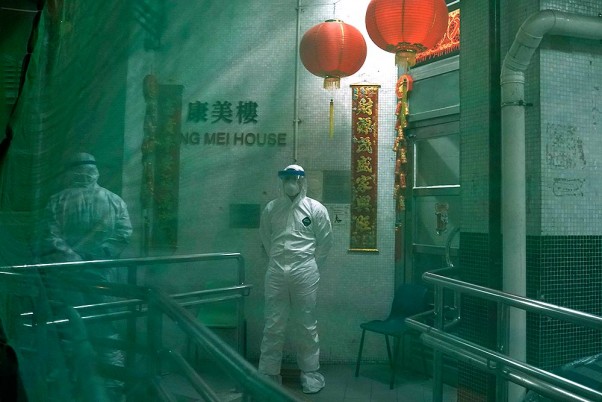 The number of fatalities and new cases from China's coronavirus outbreak soared on Thursday, with 242 more deaths and nearly 15,000 extra patients in hard-hit Hubei province as authorities changed their threshold for diagnosis.

At least 1,355 people have now died nationwide and nearly 60,000 have been infected after Hubei's health commission reported the new numbers.

In its daily update, Hubei's health commission confirmed another 14,840 new cases in the central province, where the outbreak emerged in December.

China Coronavirus Diary: A City Under Lockdown And A Deadly Silence

The huge jump came as local officials said they were changing the way they diagnose COVID-19 cases.

In a statement, the Hubei health commission said it would now include cases that were "clinically diagnosed" in its official toll.

This means lung imaging on suspected cases can be considered sufficient to diagnose the virus, rather than the standard nucleic acid tests.

Of the dramatic jump in figures Thursday, it said the new classification accounted for 13,332 of the cases and just over half the new death toll.

Hubei health commission said the change would mean patients could get treatment "as early as possible" and be "consistent" with the classification used in other provinces.

It said it had made the change "as our understanding of pneumonia caused by the new coronavirus deepens, and as we accumulate experience in diagnosis and treatment".