The remarks by the Chinese foreign ministry spokesperson come as the Indian Army and the PLA dig in for a bitter winter standoff in Ladakh. 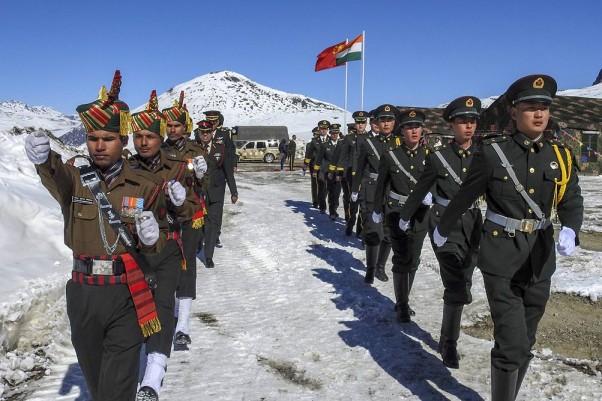 China has once again said that it does not recognise India’s newly minted Union Territory of Ladakh.

At his weekly briefing Tuesday, China’s foreign office spokesman Zhao Lijian squarely blamed India for the on-going border tension between the two Asian giants. He referred to Ladakh as a territory ``illegally set up by India.’’

Last August India scrapped Kashmir’s special status and divided the state into two union territories, which basically meant direct rule and control by New Delhi. China raised objections immediately after Home Minister Amit Shah made this announcement on August 5, 2019. China reacted to the change in the status of Ladakh saying it was opposed to the move because part of China’s territory was included in the new centrally administered territory.

“China is always opposed to India’s inclusion of the Chinese territory in the western sector of the China-India boundary into its administrative jurisdiction,” it said in a statement two days after India announced the move. What began then has continued, with China regularly questioning the status of Ladakh and going all out to support Pakistan’s stand on Kashmir. On Tuesday, Zhao again stressed that point and added Arunachal to boot.

"First I want to make it clear that China does not recognise the Ladakh Union Territory illegally set up by the Indian side and the Arunachal Pradesh,” Zhao said. “We stand against the development of infrastructure facilities aimed at military contention along the border area.”

Zhao’s comments came even as senior commanders of India and China issued a joint statement after talks on diffusing the military stand-off between the two armies wrapped up late Monday.  The statement was released by the ministry of external affairs as well as the defence ministry Tuesday evening. The statement has shown no visible sign of progress but stressed that the two sides would continue the dialogue to diffuse the current tense situation.  India has so far not reacted to the comments on Ladakh.

"On 12 October, the 7th round of Senior Commanders meeting of India and China was held in Chushul. The two sides had a sincere, in-depth and constructive exchange of views on disengagement along the Line of Actual Control in the Western Sector of India-China border areas. They were of the view that these discussions were positive, constructive and had enhanced understanding of each other’s positions. Both sides agreed to maintain dialogue and communication through military and diplomatic channels and arrive at a mutually acceptable solution for disengagement as early as possible. Both sides agreed to earnestly implement the important understandings reached by the leaders of the two countries, not to turn differences into disputes, and jointly safeguard peace and tranquillity in the border areas.’’

The Chinese have also blamed India for building infrastructure in the area. China itself had built and modernized infrastructure on its side of the LAC, making it easy for movement of troops and equipment for the People’s Liberation Army, stationed in the area. Though India began late, it has in recent months worked swiftly on roads and bridges to make the movement of troops, tanks and heavy artillery smoother. Defence minister Rajnath Singh has inaugurated as many as seven bridges in Ladakh. And earlier this month, Prime Minister Narendra Modi had ceremonially opened the Atal tunnel in Himachal Pradesh and said it was in line with his government’s attempts to improve border infrastructure.

With no indication that the Chinese will move out of areas in the Pangong Tso, which India claims as its own, or that the Indian army will vacate the heights in the finger area, chances of an early end to the confrontation appear dim. The Indian army is preparing for a long cold winter in the mountains.

IIT Aspirants Who Missed JEE Advanced Can Take Test In 2021