With Diwali round the corner, the unique creation of earthen lamps impressed many people and reportedly potter Ashok has been receiving large orders lately. 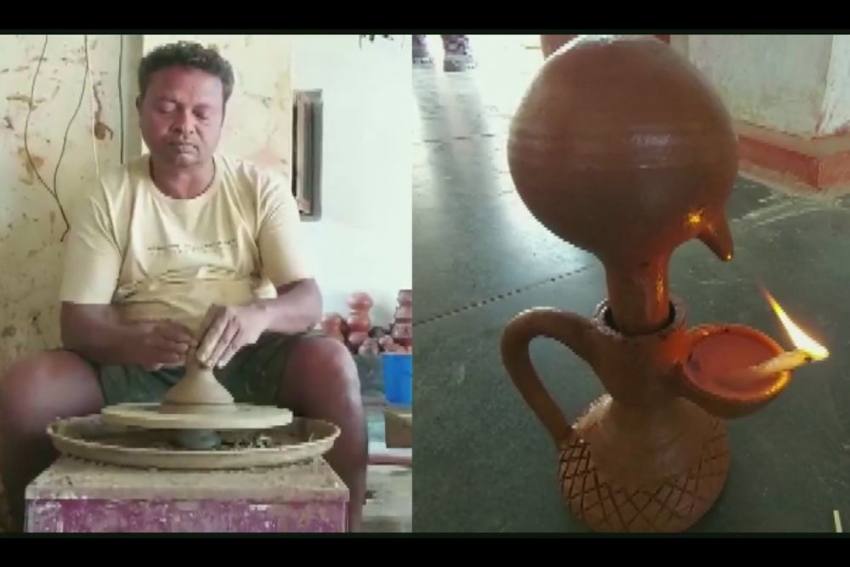 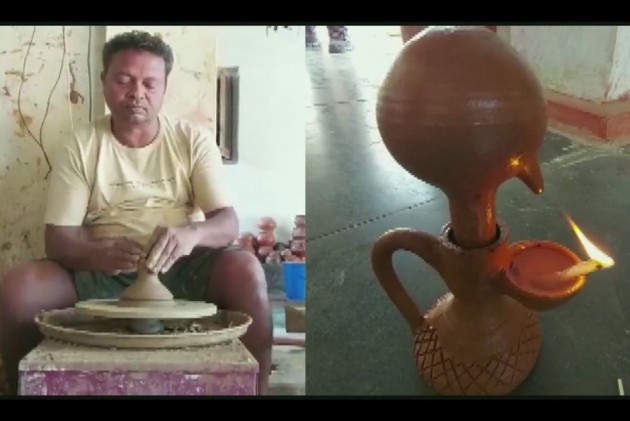 A Chhattisgarh-based potter is winning hearts due to his creation of unique Diyas or earthen lamps that will burn for at least 24 hours. The potter, Ashok Chakradhari hails from a small village called Kondagaon in Bastar District and was swamped with orders ever since he posted a video on social media that went viral.

With Diwali round the corner, the unique creation of earthen lamps impressed many people and reportedly potter Ashok has been receiving large orders lately.

A report in Better India quoted 62-year Ashok as saying, "I am always on the lookout for new ideas that can challenge my pottery skills, and be a useful innovation for those around me. In 2019, before Diwali, I was looking for a new design to sculpt diyas. That is when I stumbled upon a lamp that carries a reservoir of oil over it and keeps refilling the base to ensure the diya does not stop burning. I found it interesting and decided to make that"

Ashok shared the video of the lamp on Facebook which poured in orders from close friends and family, followed by calls all over the country. However, Ashok turned down many orders due to lack of delivery facility, and also the lamps are quite delicate.

Speaking to Better India, he says, “Some wanted to place orders for 1000 pieces and some wanted me to courier only five pieces or less. I had to refuse all those orders because I do not have the facility to send it across the country. The lamps are very delicate and can get damaged during transit. But, since I have received such a positive response from customers, I am looking for a solution to deliver these lamps safely.”

Ashok Chakradhari told news agency ANI that he saw several videos online to understand the technique and then applied the ideas to practical approach. He designed an earthen lamp in which the flow of oil is circulated automatically.

Chhattisgarh: Ashok Chakradhari, a potter in Kondagaon, has designed an earthen lamp in which flow of oil is circulated automatically.

Netizens are lauding his innovation and are also demanding these lamps. One Twitter user wrote, Awesome Creativity, while many others were asking for his contact details to place their orders.