Taking to Facebook, the customer narrated his ordeal that he faced after ordering food through the Swiggy food delivery app. 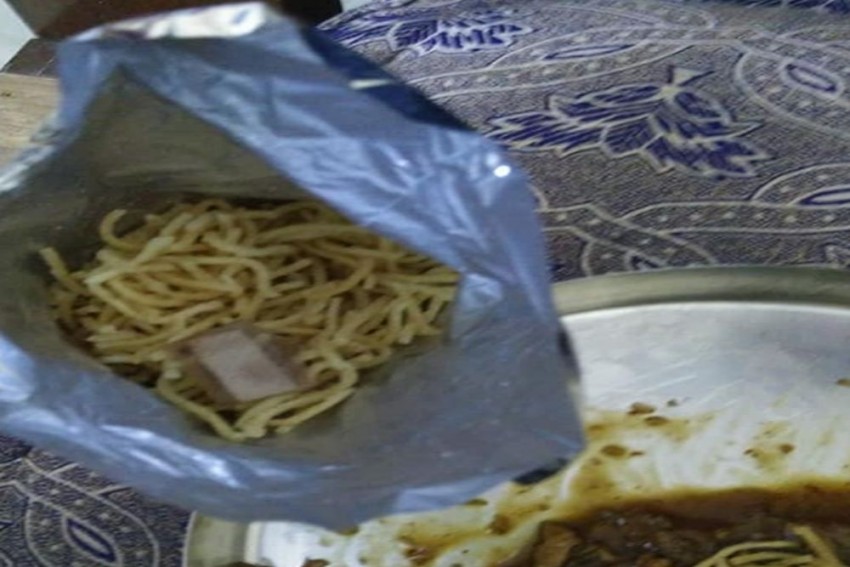 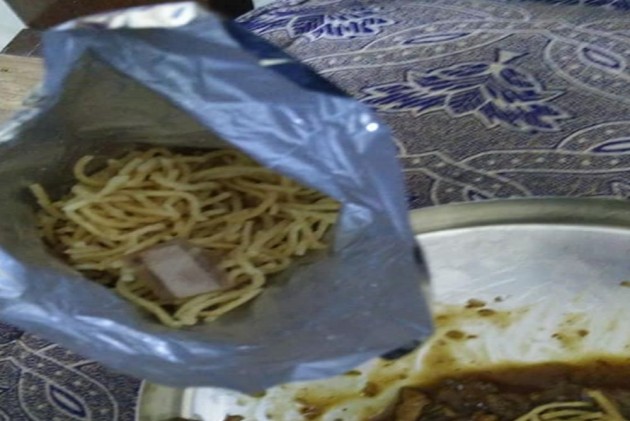 A Chennai resident was filled with disgust after finding a "blood stained Band-Aid" in the Chicken Schezwan Chopsuey served to him by food delivery service app Swiggy.

Taking to Facebook the man narrated his ordeal.  “Contacted restaurant and they aren’t sensitive and offering replacement for the food! Who again wants to eat such contaminated food!” he wrote, adding that Swiggy wasn’t replying to his complaint either.

“Want to badly sue both restuarent and Swiggy too for partnering with restuarent which doesn’t practice general hygienic method like using hand glove or not allowing any kitchen staff with injured fingers/hands in the kitchen(sic)!” he added. 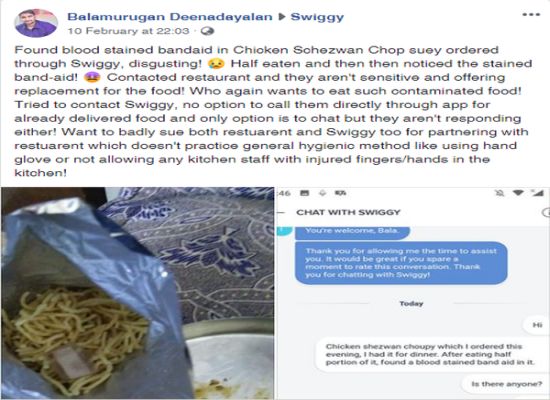 The customer, identified as Balamurugan Deenadayalan, also alleged that after he informed  Swiggy about the contaminated food delivered by the restaurant, the food delivery app was still accepting orders of that restaurant from other customers.

Replying to Deenadayalan's post and comments, Swiggy later released a statement saying they have suspended the concerned restaurant pending further investigation by an external agency.

“We understand that consumers trust Swiggy with their health and safety, and are committed to working with restaurants to ensure that only hygienic and quality food is delivered to them. We deeply regret the issue faced by one of our users and apologize for the angst it has caused. This is certainly not the level of service we intend to promote. ‎While the restaurant has acknowledged a lapse at its end, based on the complaint, we have suspended this outlet pending further investigation by an external agency. Swiggy conducts stringent third-party hygiene audits across our restaurant partner network- regularly, and is invested in working with them to ensure a safe and delightful food experience for our consumers," Swiggy said.

Soon after Deenadayalan's post  went viral, many other Swiggy customers took to Facebook and posted pictures of their experiences with the food delivery app.

One of the customers complained that when she received her order from Swiggy she found a dead cockroach inside the food packet.

"Same thing happened to me couple of days back. Ordered biryani from Chellappas in vignan nagar Bangalore and found a dead cockroach in it. Complained swiggy but they offered me free food instead. Disgusting!!!," the customer wrote.