The main contenders, BJP and Congress, traded barbs especially in Madhya Pradesh where the EC had to reprimand leaders of both the parties. 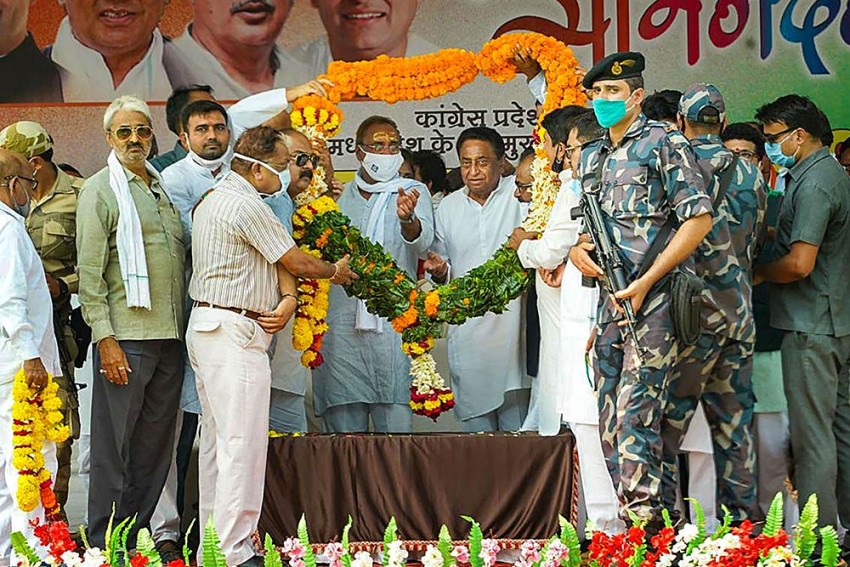 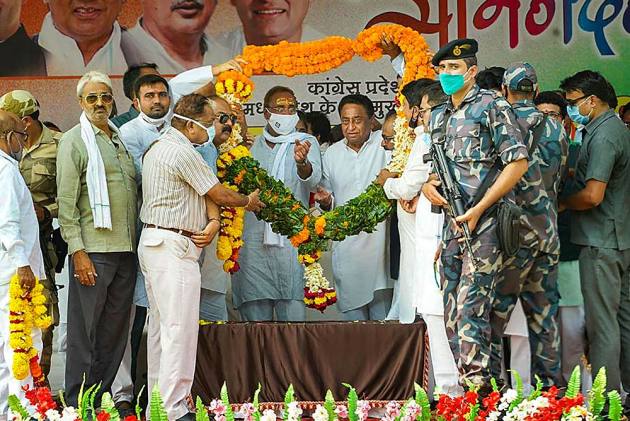 Campaigning ended on Sunday for by-elections to 54 assembly constituencies in 10 states including 28 seats in Madhya Pradesh where the high-stake contest that will decide the fate of the Shivraj Singh Chouhan government saw the parties launching vitriolic attacks against each other.

There was hectic canvassing for the Tuesday by-elections in the shadow of the Covid-19 pandemic, with the Election Commission (EC) restricting the number of star campaigners and issuing strict guidelines for gatherings.

The main contenders, BJP and Congress, traded barbs especially in Madhya Pradesh where the EC had to reprimand leaders of both the parties and even revoked the star campaigner status of former chief minister Kamal Nath, who challenged it in the Supreme Court.

In over 30 seats in MP, Gujarat, and Karnataka, the BJP has fielded former Congress MLAs who quit to join the saffron party.

The BJP, which has a comfortable majority in the UP Assembly, is locked in a battle of prestige on seven seats, with the opposition taking on the Yogi Adityanath government on the law and order issue.

The issue of ‘love jihad’ has also been raked up during the campaigning with the UP and Haryana governments announcing plans to bring a law against it.

In Gujarat, the bypolls are being held in eight seats after the Congress MLAs resigned. Five of them later joined the ruling BJP and are contesting again.

Chief Minister Chouhan and Rajya Sabha member Jyotiraditya Scindia, whose move to desert the Congress along with his supporters resulted in the fall of the Kamal Nath government, led the efforts to drum up support for the BJP nominees in MP.

By-elections are being held in 25 seats in MP as sitting Congress MLAs resigned and joined the BJP. They are now in the fray as BJP candidates, while in three other seats the by-election was necessitated due to the demise of the sitting legislators.

For the first time in the history of the state, 28 Assembly seats in the 230-member House are going to bypolls in one go. A total of 355 candidates, including 12 state ministers, are in the fray.

The ruling BJP currently has 107 MLAs and needs nine more seats for a majority, while the Congress has 87 legislators in the House

The EC acted against Kamal Nath for his remarks against Madhya Pradesh Chief Minister Shivraj Singh Chouhan. The EC had also asked Nath not to use words like "item" in campaigning after his jibe at state minister and BJP candidate Imarti Devi at a rally.

Imarti was herself barred from campaigning on the last day for her objectionable utterances.

In most of the seats, there is a direct fight between the BJP and Congress, while in two or three seats of the Gwalior Chambal region, a triangular contest is on the cards in the wake of the BSP's presence there, political observers said.

In Uttar Pradesh, of the seven seats going to the polls on Tuesday, six were held by the BJP and one by the Samajwadi Party.

The state government faced criticism over the law and order situation, particularly after the Hathras and Balrampur rape and murder cases.

In the run-up to the bypolls, Uttar Pradesh Chief Minister Yogi Adityanath on Saturday said his government will bring a law to deal with 'love jihad', a derogatory coinage referring to the alleged campaign of Muslims forcing Hindu girls to convert for marriage.

UP Congress chief Ajay Kumar Lallu said that the BJP government has failed on all fronts and asserted that the public has decided to teach the ruling party a lesson.

"This will be visible in the bypolls. It will mark the commencement of the decline of the BJP and the Congress will be victorious," he said

Bahujan Samaj Party supremo Mayawati too on Sunday appealed to voters to vote for her party candidates and send a political message to rivals.

In Gujarat, both the major political parties- the ruling BJP as well as the opposition Congress- were claiming to make a clean sweep.

During campaigning, Karnataka Chief Minister B S Yediyurappa announced that the BJP candidate in RR Nagar, Munirathna, would be made a minister "soon after he wins".

Congress state chief D K Shivakumar flayed the announcement, claiming it was a violation of the model code of conduct.

The RR Nagar by-election has become a prestigious battle with all three political parties -- BJP, Congress, and JD(S)-- fighting it out intensely.

The election was warranted as Munirathna, a former Congress MLA, resigned from the assembly last year and joined the BJP.

In Sira Assembly seat in Tumakuru district, Chief Minister Yediyurappa and his predecessor H D Kumaraswamy held rallies in the Vokkaliga heartland. The by-election was necessitated following the death of JDS MLA B. Satyanarayana.

A sedition case was registered in Dumka against Jharkhand BJP chief and Rajya Sabha MP Deepak Prakash on Saturday for allegedly trying to destabilize the JMM-Congress-RJD government in the state, police said.

The BJP leader had on Friday said in a press conference that the saffron party will form the government in the state in the next two-three months.

Prakash alleged the state government is taking "provocative illegal action" as it's frustrated sensing its imminent defeat in the bypolls.