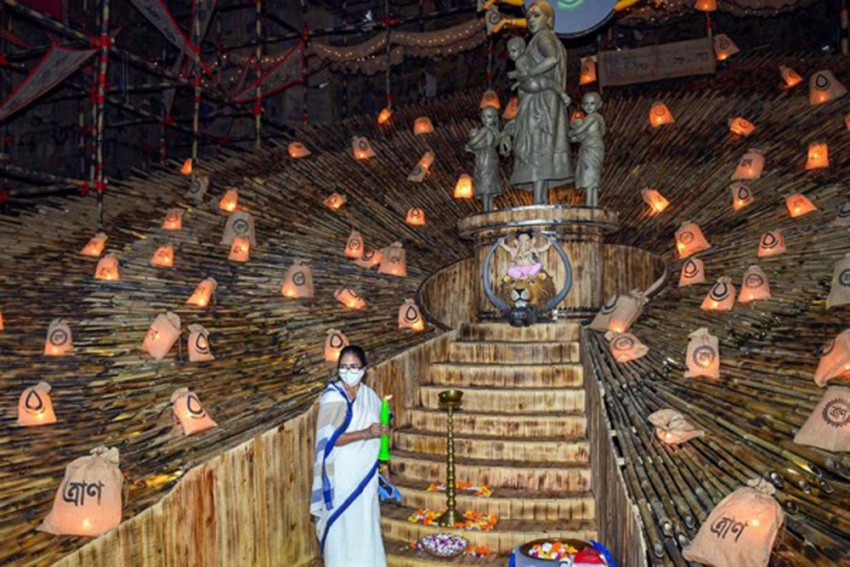 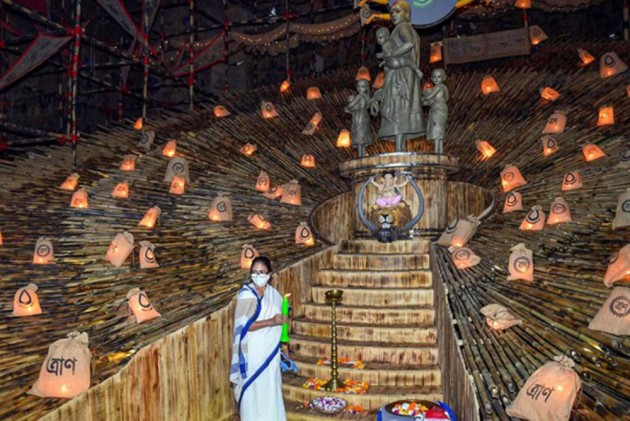 The Calcutta High Court division bench that on Monday passed an order banning the entry of visitors to Durga puja pandals agreed on Tuesday to review its order.

This decision came after Forum for Durgotsav, an organisation of different puja organising committees, moved a review petition before the division bench comprising Justices Sanjib Banerjee and Arijit Banerjee. The court will hear the arguments on Wednesday, a day before the formal beginning of the five-day festival.

According to Shashwata Basu of the Forum for Durgotsav, the court’s order will land puja organisers across the state in major trouble, as most of them have already made preparations for the festival keeping in mind Covid-19 safety protocols. The Forum has even offered to take the justices on a tour of major puja pandals to show the bench the organising committees’ crowd management plan.

Interestingly, while the Communist Party of India (Marxist) Rajya Sabha MP and advocate Bikash Ranjan Bhattacharya represented the petitioner in the court in seeking the restrictions, Trinamool Congress Lok Sabha MP and lawyer Kalyan Banerjee is representing Forum for Durgotsav in seeking a review of the order.

Chief minister Mamata Banerjee has been opposed to imposing stringent restrictions on the festival, saying Bengal's Durga puja is not a festival that can be observed by staying indoors.

"The high court has accepted the review petition and the hearing is scheduled tomorrow," Kalyan Banerjee said.

More than 40,000 community pujas are organised in the state and most of them already have their pandals ready or are currently nearing completion. Decorated puja pandals, often themed on iconic architectural structures, have been a major attraction of the puja.

Monday's order came in relation to a public interest litigation filed seeking prohibition of the festival. Durga puja is mostly a community puja, organised by clubs and communities in their respective areas. For five days, thousands of people hit the streets during the evening and visit one pandal after another.

On Monday, most of the state's top health practitioners had welcomed the court order saying it would be helpful in averting a major spike in COVID-19 cases after the festivities.

However, TMC spokesperson Debangshu Bhattacharya had yesterday blamed the CPI(M) for playing spoilsport and harming the interest of small traders and food stall owners whose major source of annual income is dependent on this festival season. "Those who were demanding resumption of local train services have now started killing the hungry bellies of the marginal traders," the TMC spokesman said on Monday.