On one hand, this Act nurtures and protects the fundamental spirit of the Indian Constitution; on the other hand, it tends our cultural values, writes Union HRD Minister Dr Ramesh Pokhriyal. 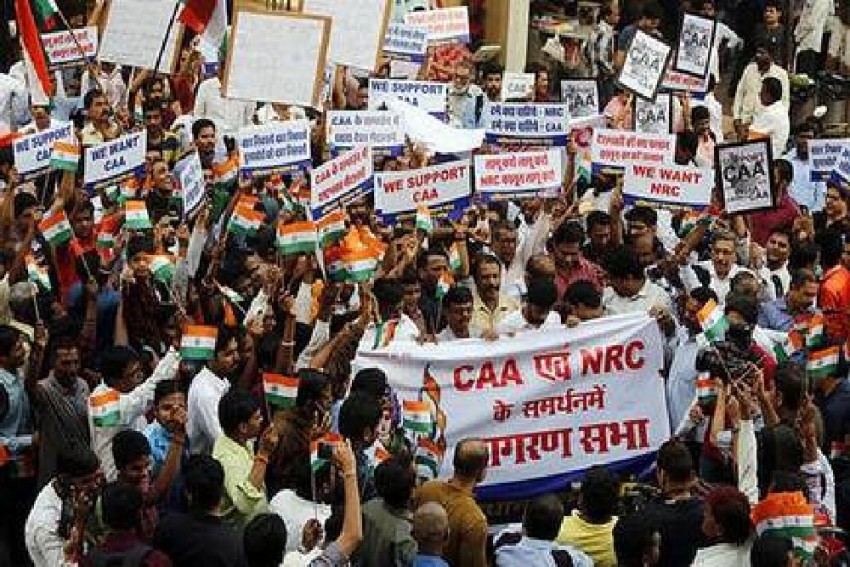 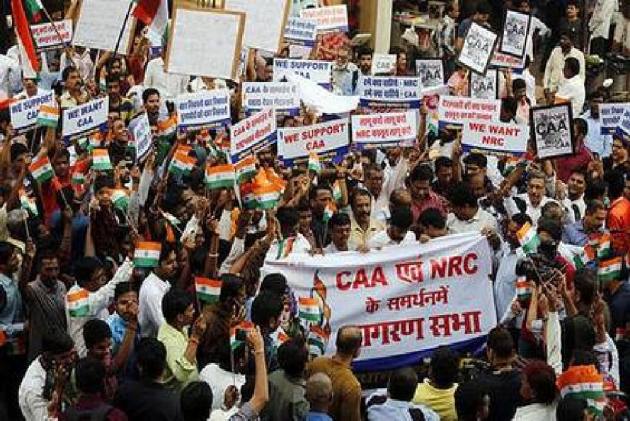 The Indian culture has always contributed significantly towards social, economic and spiritual development of human civilisation since time immemorial. It is the soul of this country. This culture is like an incessant flow, inspiring the world after evolving into a banyan tree, nurtured through meditation and philosophy of ancient sages and Sufi saints. Equality of religions, compassion, love, tolerance, harmony, dedication, sacrifice and benevolence are the key elements of this culture. The Citizenship Amendment Act (CAA) 2019 has been introduced with an objective of putting an end to the long-standing atrocities of the minority refugees. Prime Minister Narendra Modi has articulated the basic tenets of this Act in a beautiful manner. He said: “CAA is not a favour. It will protect the interests of people reposing faith in Bharat Mata.”

On one hand, this Act nurtures and protects the fundamental spirit of the Indian Constitution; on the other hand, it tends our cultural values. Basically, the Act is about granting Indian citizenship to those minority refugees who have been at the receiving end of unmitigated hardships in Pakistan, Bangladesh and Afghanistan. It makes provisions for granting citizenship to the Hindu, Sikh, Buddhist, Jain and Parsi refugees, who have been living in India since or before December 31, 2014. Under this Act, the minorities from these three countries can apply for Indian citizenship only if they have been staying here for at least five years. How can anyone object to it?

As far as giving refuge to the neglected, oppressed, tormented and tortured people is concerned, this has been done for centuries. Inspired by the ancient philosophy of Vasudhaiv kutumbkam (the world is one family) and sarve bhavantu sukhinah sarve santu niramaya (May all be happy, free from illness, see what is auspicious/may no one suffer and may all have peace)”, we have provided shelter to every helpless and weak person. We have had a glorious history, as well as a rich legacy, of having always given refuge to oppressed people. Whether it is the question of giving refuge to the Parsis or for that matter, the Tibetans in recent years, Indian has always extended a warm welcome to the oppressed minorities from other countries.

This is to be borne in mind that CAA is not only for the Hindu community but also for other minorities such as Sikhs, Buddhists, Jains, Parsis and Christians from other nations. At a prayer meeting on July 12, 1947, the Father of the Nation, Mahatma Gandhi had said: “The people who had been forced to leave Pakistan should know that they were the citizens of entire India … they should feel that they were born to serve India and connect with its glory.”

India is the only country where minorities have not faced any discrimination. It is important to mention here that a Muslim from any country in the world can apply for Indian citizenship and get it under its existing citizenship laws. Even the Muslims of Pakistan, Bangladesh and Afghanistan can do that.

However, in different parts of the country, this issue is being politicised and a web of confusion is being created for the people. This kind of politics, hunger for power and the height of self-interest have gone to such an extent that some people are dubbing CAA not only anti-Constitution but also at variance with Indian values. The protesting students and other people do not have any idea about what they are protesting against. It is unfortunate that a misinformation campaign has been launched for political reasons to create an impression that every citizen of this country would henceforth be scrutinised in the name of expelling illegal immigrants under CAA. The fact of the matter is that such matters would be dealt with only in accordance with the provisions of the existing Foreigner Act, and not under CAA. It is not as though India has never granted refuge to anybody until now. Several people from Tibet, Afghanistan, Sri Lanka and Uganda have been given Indian citizenship in the past.

A misconception is also being created that the minorities living in India will have to prove their citizenship now. The entire nation should know that no documents would be required to prove citizenship under the new law. It actually seems ridiculous that some people are talking about Rohingyas. As far as the Rohingyas are concerned, many of them have been involved in terror activities in Myanmar. Some people are also citing Article 14 and Article 21 in their bid to prove that the government has violated these two Articles of the Indian Constitution, whereas the fact is that CAA violates none of these Articles.

Parliament can pass new laws under special circumstances, such as the one related to the subsidies given to people going on the Haj pilgrimage. The Modi government actually lives up to all its resolutions. Whatever is promised to the people of this country gets implemented in all fairness and honesty. It would be no exaggeration to say that this law is a milestone towards safeguarding the traditional Indian and universal values, which have been the hallmark of India’s identity. There are many misconceptions about this Act, which are nothing but baseless.

The Bharatiya Janata Party has always worked with dedication for national interest without resorting to any kind of politics. This is what separates it from other organisations. Whether it is about Article 370 or the abrogation of 35 A, be it the resolution of Ram Jamnmabhoomi dispute or about giving pension to small farmers and traders. whether it is the creation of unified Jal Shakti ministry or about socio-economic development of the poor, backward or marginalised people, the party has fulfilled all its promises.

Our commitment towards the distinct linguistic, cultural and social identity of the people from North-east has also been reiterated many times at several levels in the past. The Historians are aware of the fact that Mohammed Ali Jinnah, in the National Assembly of Pakistan, had once said that Pakistan would be a secular, democratic and modern nation but unfortunately, it turned out to be the biggest historical lie. The moment Pakistan came into existence, atrocities on its minorities started with their mental and physical exploitation on a large-scale, which forced them to flee from there. In a statement on February 27, 1950, the then Congress president Pattabhi Sitaramayya said: “Struggle and pain continue unabated and it creates a crisis every now and then. At present, the mandatory task is to protect the minorities from East and West Bengal.”

What is the reason behind the declining ratio of the minority population in Pakistan and Bangladesh? Where did they go? Either they became refugees, converted to another religion or encountered communal violence. That is why CAA is the outcome of the decades-long atrocities committed against the minorities. Have the protesters against CAA forgotten that the UPA government had cited the Pakistan Human Rights Commission in the Lok Sabha in 2005 to inform the House about the violence against the Hindus living in Pakistan? The same government, in 2007, 2010 and 2011, had apprised Parliament in detail about the exploitation of Hindus in Pakistan. The House has also been given similar information about Bangladesh from time to time.

It has been observed recently that the Opposition, for various reasons, has defined Article 14 in a parochial manner. It has not taken into consideration the larger scope and realistic reference in respect of this Article. The Supreme Court, in one of its rulings, has already observed that the right to equality under Article 14 is quite large in its scope. We also have to understand that CAA 2019 has been introduced on serious humanitarian considerations. The minority communities facing persecution in their countries had no option other than seeking refuge in India.

At his prayer meeting on September 26, 1947, Mahatma Gandhi had categorically stated that all Hindus and Sikhs living in Pakistan were free to come to India if they did not wish to live there. It would be the primary duty of the Indian government to provide them jobs and help them settle down here in a normal way. Prime Minister Modi has done exactly that through the new legislation. Why are protests against it then?

There is no doubt that the Prime Minister has been elected through a massive mandate in the last general elections. It is being talked about everywhere as to how this government had brought about a massive turnaround in the country within six months since it took oath on May 30, 2019.

The process to introduce the bill for the new law had been initiated way back in 2014 and the efforts have borne fruit now. If one looks at the chronology, it becomes clear that BJP had always been serious on this issue. The statistics released on June 15, 2015, reveal that altogether 4,300 Hindu and Sikh refugees came to India from Pakistan and Afghanistan in a year. Taking their plight into consideration, our government tabled the citizenship amendment bill in the Lok Sabha on July 19, 2016. Later, for further deliberations, it was referred to a joint parliamentary committee. This committee, for the next two and a half years, studied the provisions of this bill before submitting its report to the government in January 2019. This bill was passed in the Lok Sabha in January 2019 itself but it could not be cleared in the Rajya Sabha. The bill became infructuous after the Lok Sabha was dissolved before the last general elections. This bill, therefore, had to be passed by both Houses of Parliament now.

India has always welcomed the refugees from all over with open arms and provided them with a conducive atmosphere to lead their lives with dignity here. Be it Mahatma Gandhi or Sitaramayya, J. B. Kripalani or Abul Kalam Azad, Syama Prasad Mookerjee or Tridev Kumar Choudhary, everybody has been concerned for the refugees thinking they should all get a shelter to live with respect and dignity. The entire world knows that India has always taken important decisions for the sake of humanity in keeping with its commitment to universal welfare. When the exploited minorities from other nations will get an opportunity to lead a dignified life in India, thanks to the initiatives of Modi government, the country’s prestige, honour and glory will definitely enhance in the world.

(The author is Union minister for Human Resource. Views expressed are personal)