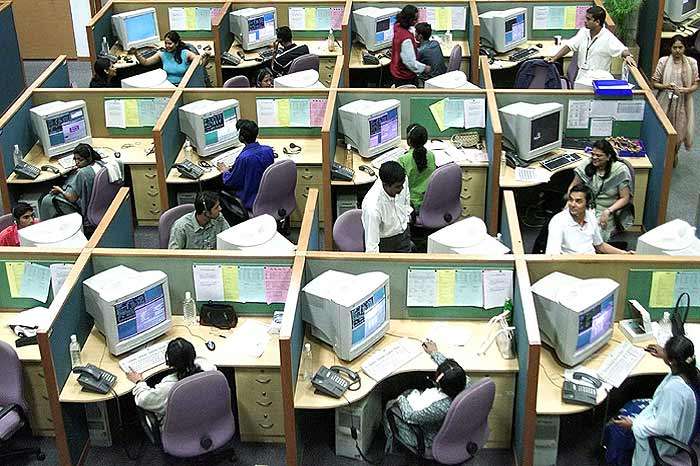 The police added that the call centre was in South Delhi's Saidullajab area.

Its employees used to dupe US nationals by asking them to pay membership fees on the pretext of providing them US government grants for unemployed persons and handicapped persons, police said.

So far, 25 employees, including their boss Kamal Dass, have been apprehended. They were detained following a raid, they said.

Employees used fake names and called their potential targets in the US through spoofing calls via the internet. During the inquiry, Dass disclosed that they used to get details of potential targets from their sources and accordingly, briefed employees about their strategy to dupe them, police said.

"The employees at the call centre called up US citizens by impersonating themselves as officials and asked them to pay membership fees on the pretext of providing US government grants for unemployed persons and handicapped persons. Once the victim paid the amount, they stopped attending their calls," Deputy Commissioner of Police (South) Atul Kumar Thakur said.

To pay the fees, the victims were asked to purchase Google Play Cards, eBay gift cards and Amazon gift cards, he said.

Then they were asked to share the coupon code to encash the cards. The employees sent these coupon codes to their "sources" and received money through bank transfers and cash payments, Thakur said.

Old Woman Screams Like A Kid While Getting Injected, Video Goes Viral