The Baralacha La Pass is considered one of the toughest roads that remain under 15 to 20 feet of snow during the winters when the temperature dips down to minus 18 to 20 degree C. 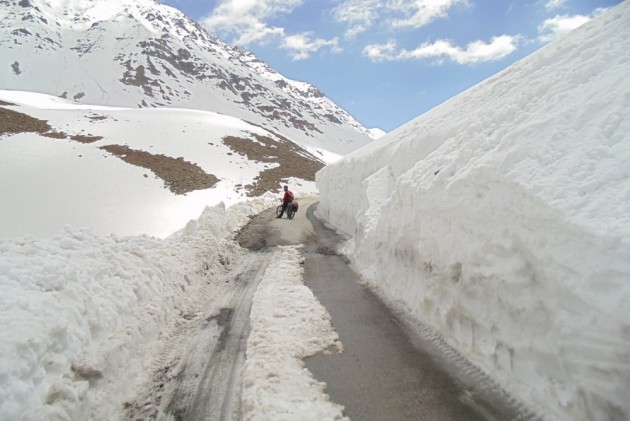 For the first time, the Border Road Organisation (BRO) has begun work on opening 16,043 feet high Baralacha La Pass, much ahead of the schedule raising hopes for restoring the strategic Manali-Leh National Highway.

The Baralacha La Pass is considered one of the toughest roads that remain under 15 to 20 feet of snow during the winters when the temperature dips down to minus 18 to 20 degree C.

Earlier, the road used to get opened in May after the completion of snow clearance.

This is the first time when the snow clearance work has started early and will be completed in the next few days.

A BRO official informed on Tuesday that the teams working on this National Highway have set-out a clear target to make the Manali –Leh (Ladakh) route fully operational much in advance.

The opening of the Rohtang Tunnel in October 2020 ensured complete winter connectivity to Keylong. Deputy Commissioner (Lahaul-Spiti) Pankaj Rai told Outlook that they are hoping to hear from the BRO about the accomplishment of its task at Baralacha La Pass by this evening.

There is a lot of pressure on the BRO this time to maintain all-weather connectivity on this sector for the movement of the troops and other supplies as an alternative to the Srinagar-Leh route via Zoji-La pass in Kashmir.

He informed that the BRO has also created a new record to open Kunzum Pass (14,931 feet) in the first week of March this year. This will be a big achievement to ensure the restoration of road communication within the Lahaul-Spiti district.

On Sarchu –Manali road, the BRO started road clearing work on March 32,021. It was cold in these areas. The BRO teams took 17 hours to reach Sarchu despite unfavourable weather conditions and fresh snowfall on March 11 and 12.