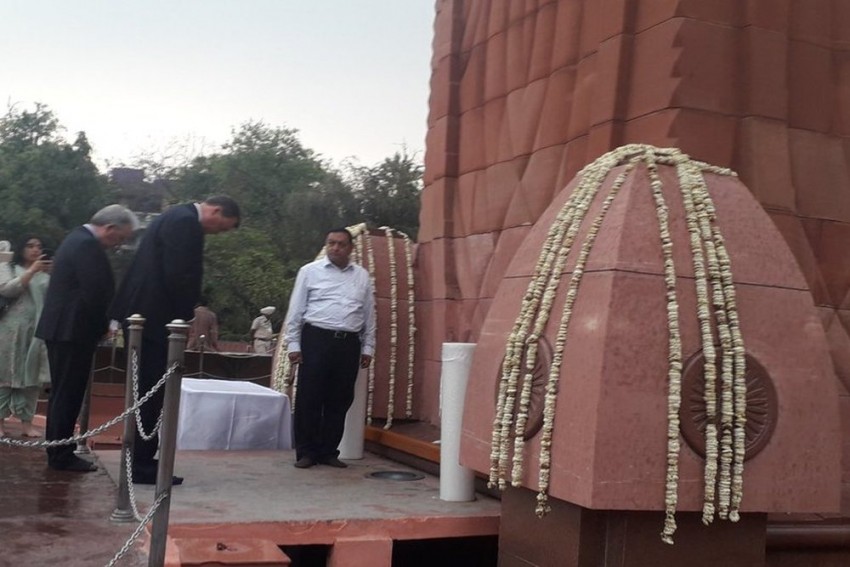 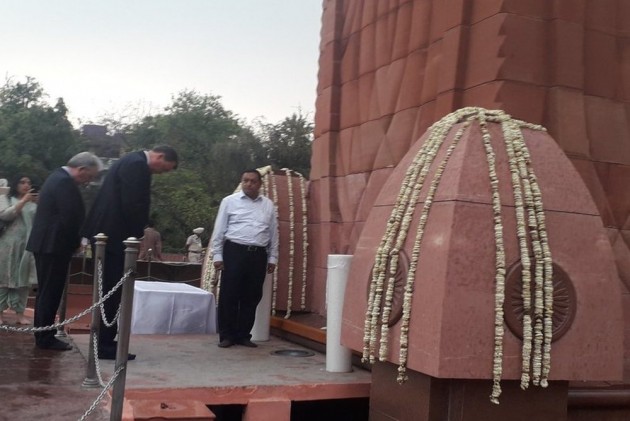 As India marks the 100th anniversary of the massacre of hundreds of its people by the British forces at the Jallianwala Bagh, British High Commissioner Sir Dominic Asquith on Saturday expressed deep regret and sorrow but remained non-committal on any apology coming from the British government on the brutal killings.

"We deeply regret what happened," the British High Commissioner said in his remarks in the Visitor's Book at the Jallianwala Bagh National Memorial.

On the issue of an apology by his government, Asquith evaded a direct response to the media: "I know this is a really important question. I would just ask you to respect what I came here to do which was to commemorate those who died here a 100 years ago -- to express the sorrow of the British government and the British people."

"What happened 100 years ago was a tragedy. Prime Minister Theresa May in the House of Parliament this week referred to it as a 'shameful scar' in our history.

"Her predecessor, Prime Minister David Cameroon, when he visited India, referred to it as a deeply shameful scar. My own great grandfather, who was Prime Minister for almost a decade, in 1960 referred to this as one of the worst outrages in our whole history," he said, adding that both governments (Britain and India) are committed to the flourishing relationship (between both countries)," he said.

"Today we remember with deep sorrow those who were killed on April 13, 1919 and regret the suffering caused," Asquith also tweeted.

The day marks the centenary of the massacre, in which British forces led by Brigadier General Reginald Dyer opened fire on hundreds of unarmed, innocent Indians, including women and children, who were protesting peacefully against the oppressive Rowlatt Act of the British government.

The massacre, on April 13, 1919, is one of the darkest chapters of India's freedom struggle against the British occupation. The official death toll by the British government was put at 379 killed though there were claims that over 1,000 people were killed.

"The event of Jallianwala Bagh 100 years ago reflects a shameful act in British-Indian history. We deeply regret what happened and the suffering caused.

"I am pleased today that the UK and India have remained committed to developing together a thriving 21st-century partnership," Asquith wrote in the Visitor's Book at the memorial.